Is the Shortage of Restaurant Workers An Unintended Strike? What the Lack of Staff Means for You 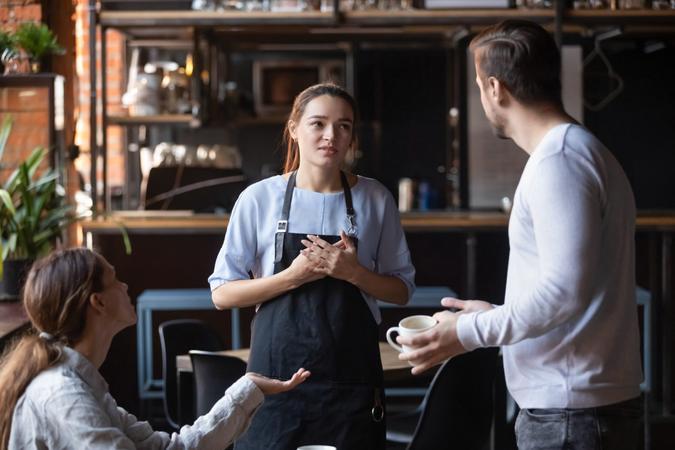 The growing number of help wanted signs in restaurant windows is a clear indication that employers are going to have to work harder to attract and retain workers. Workers are leaving jobs in restaurants, bars and hotels record rates as customers are finally ready to dine out and socialize again. So far this year, 5% of this workforce has walked out the door each month in search of higher-paying, less physically demanding jobs, reports NPR. In May alone, this amounted to 706,000 people.

But why are so many workers deciding to leave the food service industry for good? Unlike a typical labor strike that is temporary, a recent survey from Joblist that polled about 30,000 job-seekers revealed more than half of hospitality workers who have recently quit said no amount of money or increased benefits would get them to return. Low wages (37%) were a common reason for leaving, followed by no benefits (20%), unreliable hours (16%) and the risk of COVID-19 (9%) — all of which have created a highly stressful environment.

To make matters worse, restaurant workers were often the enforcers of mask mandates, and would often face harassment and physical attacks.

“These jobs are very difficult. And if restaurants are short-staffed … the jobs are worse, and they’re harder,” Rebecca Givan told CNN, an associate professor of labor studies and employment relations at Rutgers’ School of Management and Labor Issues. “And so that can perpetuate the high quit rates.”

Some food establishments even raised the average hourly pay for nonmanagers at restaurants and bars, topping $15 in May — a first-time record. Large chains are going even further. Chipotle, Olive Garden, White Castle and McDonald’s are promising entry-level pay between $11 and $17 per hour, as GOBankingRates previously reported. Employers are also paying people to show up to interviews, adding signing bonuses and recruiting younger workers through TikTok.

Jeannette Wicks-Lim, labor economist at the University of Massachusetts, Amherst told NPR that food service jobs have been “plagued with low wages for an extraordinary long period of time.” It’s no surprise that workers are turning to higher-quality jobs or going to restaurants that offer better pay and a better working environment.

What does this mean for patrons? The shortage of restaurants workers and pent-up demand could mean the dining experience is a little different than what it was before the pandemic. Here’s what you can expect this summer: