Starbucks to Raise Wages, But Not For Unionized Employees 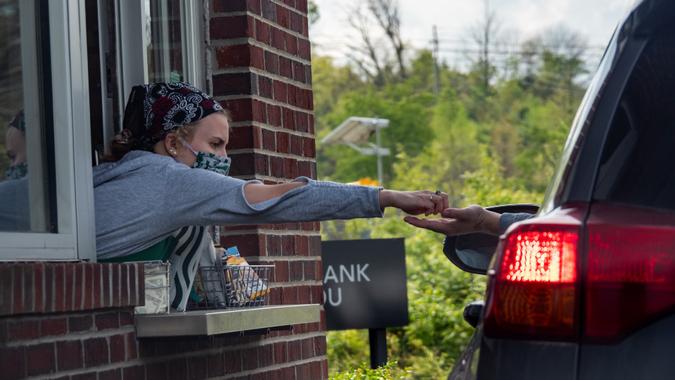 Starbucks recently announced it will raise its employees’ wages and invest $1 billion this fiscal year to increase pay, modernize training and collaboration and store innovation. However, these raises won’t apply to unionized workers.

Discover: Cash App Borrow: How To Borrow Money on Cash App
More: How To Get Rich With a Normal Job

“We set out to restore our partners’ trust and belief in Starbucks by listening to their hopes, frustrations and ideas. Today, we announced significant investments in the partner experience, inspired by what they had to say. It is just the first step in building a different kind of company together,” CEO Howard Schultz wrote in a LinkedIn post.

Starbucks said it will raise wages to $15 an hour this summer, effective August 1, and average hourly pay at Starbucks will be nearly $17 an hour nationally. All partners hired on or before May 2 will get either a 3% raise or $15 per hour, whichever is higher, according to a press release.

However, on a May 3 investor call, Schultz said “partners at Starbucks U.S. company-operated stores, where we have the right to unilaterally make these changes, will receive these wages and benefit enhancements. This covers more than 240,000 Starbucks partners and roughly 8,800 Starbucks stores across the country. We do not have the same freedom to make these improvements at locations that have a union or where union organizing is underway,” per a transcript.

He added that “partners in those stores will receive the wages increases that were announced on October 21, but federal law prohibits us from promising new wages and benefits at stores involved in union organizing. And by law, we cannot implement unilateral changes at stores that have a union. Where Starbucks is required to engage in collective bargaining, we will negotiate in good faith. Starbucks will not favor or discriminate against any partner based on union issues.”

Union Starbucks Workers United tweeted “ON STRIKE IN BUFFALO! The Delaware & Chippewa workers are on an unfair labor practice strike today over Howard Schultz’s threats and retaliation against them for unionizing,” and requested that all current and future benefit improvements be extended to unionized stores.