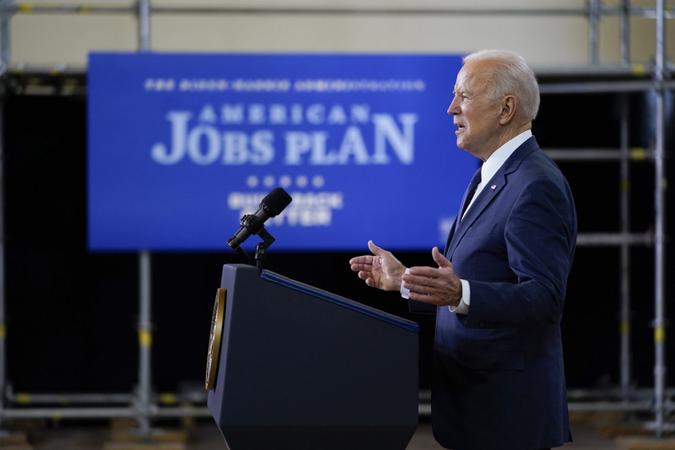 A variety of industries are poised to benefit from President Biden’s infrastructure plan, from electric vehicles to microchip processors. For the transportation industry in particular, a $621 billion investment to revamp vital economic supply chains may prove crucial.

The White House stated that 173,000 miles of highways and major roads and 45,000 bridges are currently in unsatisfactory condition. The Department of Transportation estimates that 24,000 buses, 5,000 rail cars, 200 railways stations, and thousands of miles of track, signals, and power systems need to be replaced.

America’s railway system has long been criticized for not being up to par with other developed nations. High-speed railways systems that connect countries in a matter of hours have long become the standard in Europe, and China and Japan both boast some of the mot impressive railway transportation in the world.

Biden's infrastructure plan includes $ for an improved rail system. Americans who have never used European trains, (esp. France's TGV) have no idea how fast, attractive and pleasant train travel can be. It would be a huge improvement on what Amtrak now offers.
— Caitlin Kelly (@CaitlinKellyNYC) April 1, 2021

$80 billion will just be dedicated to Amtrak’s backlog of repair projects. During his presidential campaign, Biden spoke of “sparking the next great railway revolution”
to make sure America has “the cleanest, safest, and fastest rail system in the world – for both passengers and freight.”

Railways are not just important for moving domestic trade, but are also an important alternative to trucks and cargo airplanes. Newer, more modern trains that burned less fuel and crossed the country more quickly could dramatically contribute to the reduction in carbon footprint.

See: Biden Unveils $2 Trillion American Jobs Infrastructure Plan, Along With Made in America Tax plan
Find: The Oil Industry Wants to Tax Carbon – Here’s What’s in It for Them

The construction alone would inject thousands of jobs into the sectors involved, but also sustain new business for years to come. People traveling from one city to the next more quickly allows for more flexible business overall and the opening of companies in new destinations. New railways also mean more jobs in rural parts of the country.

Biden also addressed the stressful congestion in America’s ports. Back-ups in the country’s ports system have caused such strain on businesses that Wal-Mart recently released a statement saying that shipping delays were hurting its business and threatening its spring and Easter inventory.

Kaiser Aluminum also spoke of the congestion, saying its exports were affected as they were forced to reroute shipments in Q4 2020, according to Seeking Alpha. KapStone Paper and Packaging stated that port congestion cost the company $3 million during the same period, Joc reports.

One of the fears for supply-chain barriers is that they eventually lead to increased prices for the consumer. Companies losing money will have no choice but to raise their prices, which raises an additional concern for inflation.

Some of the activity has already been seen and is being closely monitored by Wall Street. For many analysts, inflation has been brewing as the price of raw materials has gone up this year with supply shortages and supply-chain barriers exacerbated by COVID-19.

Kurt Nagle, President and CEO of the American Association of Port Authorities stated, “We have identified a combined $66 billion in needed investments over the next decade. These necessary….improvements are crucial to enable our seaports to provide positive effects on the local economies,” per Logistics Management.

Biden’s ambitious plan would come at a time where prices are threatened by inflationary pressures and business are hanging on to supply as best they can. The next hurdle is approval from Congress. Razor-thin majorities will prove difficult in locking down one of the most expensive infrastructure plans in history, but if passed will restructure the foundation of America’s trade.