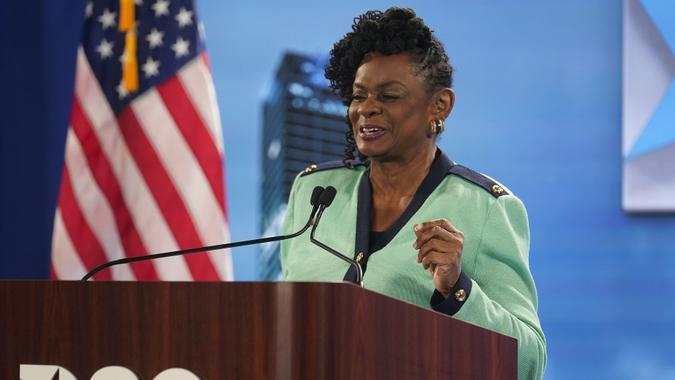 Learn: Making the Child Tax Credit Permanent Would be a Boost to the Economy, According to Some Experts
Read: Ending Unemployment Insurance Did Not Increase Jobs, Early Data Indicates

First introduced in 2019, the bill aims to make the credit available to certain students, as well as modify the age requirement for the credit. It includes care-giving and learning as compensated work for purposes of the credit, as well as revises the definition of a qualifying dependent eligible for the credit. The goal is to also increase the credit for certain unmarried individuals with two or more qualifying children and require that the IRS establish a program for making direct advance monthly payments of the credit to eligible taxpayers.

Importantly, the bill directs the IRS to establish a program to educate taxpayers on the availability of the earned income tax credit and advance monthly payments.

The earned income tax credit gives low- to moderate-income individuals and families a refund on their taxes. In order to qualify, you generally must show proof of earned income, regardless of how small. A larger amount of dependents also generally qualifies you for more of a credit.

The push by Rep. Moore is the latest for an expansion of credits. As Americans get used to additional financial help, there are calls to make the enhanced tax credit permanent, CNBC reports. That includes the child tax credit and the temporary expansions of the earned income tax credit as well, they added.

President Biden has made well known his support for making some of the credits offered through the American Rescue Plan permanent or extended. Biden and his administration have stated that they would like to see the advance portion of the child tax credit made permanent at least through 2025.

Moore’s bill would include Biden’s expansions, but would also phase in more quickly, which would enable lower income taxpayers to receive more money. It would also allow couples with up to $90,000 in combined income to potentially receive larger earned income tax credits.

The roaring success of the advance payments of the child tax credit have been heralded from several corners. From research showing they will lift millions of children out of poverty to becoming a massive trend on TikTok, it is clear Americans want more. Although neither Biden’s expansion or Worker Relief and Credit Reform Act have officially been signed into law, the growing support for federal assistance to families and lower income populations could be the push needed for these credits to make it past legislation.