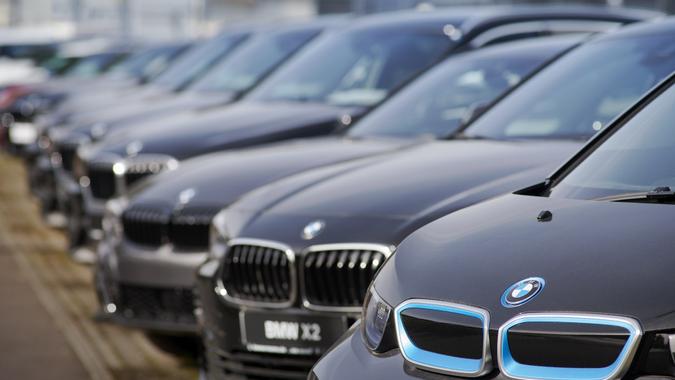 You hear it mentioned in car ads all the time: automobile purchases should reflect who you are, right down to the smallest detail. This is especially true when you are choosing a luxury vehicle. Those bent on buying a Beamer will have to wait to get all the features normally available to new BMW drivers.

Global microchip shortages have been causing significant delays in the supply of new vehicles. All auto manufacturers, including BMW, are trying to solve this problem by discarding certain equipment or removing features in some models to keep production going.

According to Automotive News Europe, BMW has announced it will be producing some new models without Apple CarPlay or Android Auto options due to microchip shortages and changes in chip suppliers. These functions won’t be available to new car buyers until “the end of June at the latest,” when updated software is launched.

Models affected include the code 6P1 in their specification, but the company didn’t say how many models and which regions are affected. Customers in the U.S., Italy, Spain, the UK and France have already posted in auto-centric forums, claiming their new BMWs are missing these mobile app functions.

However, The Autopian has reported that an email and BMW build sheet posted on the Bimmerpost board lists not only models with code 6P1 specs, but two-device Bluetooth call pairing, two-device Bluetooth streaming audio and the in-car Wi-Fi hotspot as features that will also be temporarily disabled in new models. If true, this will affect almost every single vehicle that BMW manufacturers.

Changes to models and variants are the norm right now, creating an inventory shortage of cars and long wait times. Ford, for example, is producing its Explorer SUV without rear-seat climate controls to stretch its available supply of microchips. Orders for the Cadillac CT4, CT5, Escalade, XT4, XT5, and XT6 will be delivered without some features like heated seats, heated steering wheels or parking assist.

Today’s cars contain dozens of microchips. Some control critical engine and transmission functions, while others help you change digital settings and temperatures control. The war is Ukraine further exacerbated existing supply chain disorders and semiconductor chip shortages caused by the pandemic when chip factories were closed, then reopened to unbelievable demand.

In dealerships throughout the U.S., including BMW outlets, customers are buying models as fast as they come off the assembly line, as economic recovery and lower interest rates have triggered demand for new cars.

But demand for vehicles and their component parts far exceeds supply, causing prices to escalate over recent high inflation periods. The past year has seen an increase of 13% for the average price of a new vehicle, according to Edmunds. Used prices have exceeded new, with an average price rising 29% at the same time.

During its annual press briefing in mid-March, BMW said that it expected the chip shortage to last throughout 2022. However, industry insiders and experts are less optimistic. Many believe supplies of semiconductors will get better in 2023, but not normalize until 2024.