If You Could Afford to Go to Space, Would You? Igor Tasic Shares Why He Bid on a Seat on Bezos’ Spaceship 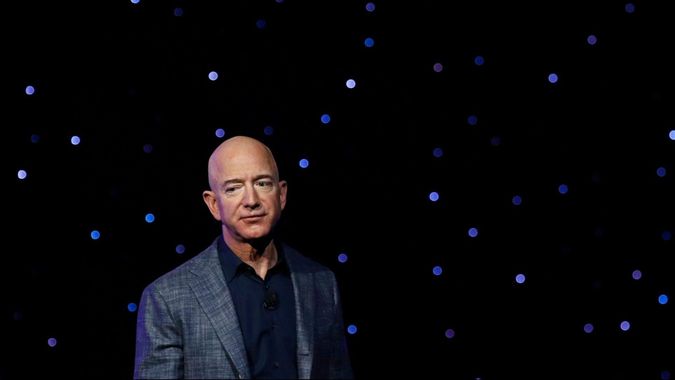 Jeff Bezos’ space company Blue Origin is flying its first-ever astronaut crew to space via a rocket called New Shepard on July 20. In June, a seat on the spacecraft was auctioned off for $28 million. In a statement, Blue Origin puts it simply: “This seat will change how you see the world.”

Discover: Why Billionaires Are Obsessed With Going to Space and How Much They’re Spending

The money collected from the auction will go to Blue Origin’s foundation, Club for the Future, “to inspire future generations to pursue careers in STEM and help invent the future of life in space,” according to a statement.

What is 10 minutes in space truly worth? How do private citizens feel about taking on a journey that pilots and soldiers take months or even years to train for? GOBankingRates spoke with one of the bidders to find out.

Igor Tasic, a member of The World Economic Forum Digital Leaders of Europe, told GOBankingRates that the most exciting aspect of being able to bid on the seat is the actual possibility “of understanding and being closer to the Cosmos in a totally different dimension.”

His work at the WEF relates to creating and promoting innovation hubs. “As COVID [unfolds], the future of innovation (and work at large) will be decentralized. A kid starting a business in the countryside of France or Brazil can now indeed be on par with other kids in Silicon Valley or Tel-Aviv. And this will create new paths for systemic inclusion in innovation in years to come,” he said.

Related: 5 Space Stocks to Keep Your Eye On
Read More: What Jeff Bezos Will Be Doing After Amazon and More Side Projects of Billionaires

Tasic said he’s always been interested in space, particularly remembering the launch of the Hubble Telescope in 1990 and later the construction of the International Space Station, which started in the late 1990s.

“Most of us can only intellectually understand what space is. But being actually there, fully conscious of how infinitesimal tiny you are (in comparison to Earth and the Universe), somehow gets you closer to a universal truth about things. I can’t think of a more transformative experience for a human than experience (and travel through) space,” Tasic shared.

Asked about whether this bid represents the biggest splurge of his life, Tasic, who declined to comment on how much he will bid, said, “It’s the biggest investment in my understanding of the truth.”

And asked about what he thinks he could get out of it, he said “a new level of understanding of the truth in its pure universal sense.”

Blue Origin hasn’t disclosed estimated pricing details yet. But for reference, Richard Branson’s Virgin Galactic, which will also fly private customers to space, is planning on charging more than $250,000 for a ticket, according to its website, adding that “we have not yet announced final pricing.” The company plans to re-open for sales of its spaceflight seats following Branson’s flight.

Tasic said he doesn’t plan on bidding or buying seats on competitors’ crafts, such as Virgin Galactic, as Tasic feels most aligned with Bezos’ vision of space.

“Less of a ‘sci-fi,’ cool experience and more like a natural evolutionary step for humanity. Meaning, if this project succeeds, we will have a new infrastructure available for all to actually experience space. Like our great-grandparents experienced the telephone or electricity. I see it more like a utility of the 21st century. Such a pragmatic vision is the one that will allow my sons (now 7- and 9-years-old) to fully explore the near-space as we do with aviation,” he commented.

Explore: 20 Hobbies of the Rich Only They Can Afford
Find Out: If You Get a Stimulus Check, How Will You Use It? Take Our Poll

He adds that very few people are giving the appropriate credit for this initiative and others like NASA’s Perseverance and Ingenuity. “In a world forever transformed by a virus, space is an infinite source of inspiration,” he said.

In terms of the future of private vs. public space travel, Tasic said he believes this next step in space travel will open a totally new platform for both scientific and entrepreneurial endeavors.

“Public agencies will push the limits of science (e.g., discovering life signs on Mars), whereas private space travel will create this dual dimension of what it means to be human outside of Earth while experimenting with this idea of inventing new things never imagined,” he adds.

Tasic has never met Bezos, but said he’s been a long-time admirer of his approach to system-building, which he describes as more in line with what Warren Buffett and Charlie Munger have done over the last decades.

“I think he is the true Buffett ‘heir’ in business philosophy. In contrast, Musk is more a sign of our times … Although I connect with him in his sincere sentiment about Mars exploration,” he added.

If you’re interested in bidding, there are three phases of the Blue Origin auction:

See: How Much Is Jeff Bezos Worth?
Find: 6 Key Milestones That Turned Amazon into the World’s First $1.7 Trillion Retailer

The sealed online auction seamlessly accepts bids up to $50,000 — any higher, and the company requires additional verification, including a $10,000 deposit.