While having every day be payday might seem like a dream come true, the long-term ramifications of taking home a daily paycheck are sobering.

“Workers that receive their wages daily tend to spend it immediately upon receipt and live on a day-to-day basis,” said Salvador Gonzalez, a certified public accountant and certified internal auditor who teaches courses for the Bachelor of Science degree in accounting at Walden University. “Unlike workers who get paid weekly, biweekly or even monthly, people that earn a daily paycheck are less likely to have bank accounts, save or build assets.”

Even though different pay schedules don’t affect your total compensation, it turns out that collecting a daily paycheck can affect your approach to budgeting, saving money and more. A recent GOBankingRates survey of 1,000 respondents confirmed that 40% of Americans who get paid every day are living paycheck to paycheck, and 34% have nothing in savings — including for retirement.

The survey dives deeper into the following topics:

Here’s what GOBankingRates’ survey found out about daily pay in the context of the average American’s finances:

Read More: What Is Zero-Based Budgeting?

34% of People Who Get Paid Daily Have No Savings

Americans who currently earn daily wages face startlingly similar financial situations. About 74% earn under $50,000 per year before taxes, and a whopping 46% take home a paltry annual salary of less than $25,000 — which isn’t even a living wage in any state, according to a separate GOBankingRates study.

With such low earnings for daily paycheck earners, it’s no wonder that they can barely cover the bills, let alone stash money in a retirement account. Among survey respondents who get paid on a daily basis, 40% live paycheck to paycheck and 17% struggle with paying their bills on time and saving money. In fact, 17% said that receiving daily wages helps them pay all of their bills on time, which implies that they might come up short if their paychecks were spaced further apart.

These adverse conditions result in a bleak financial outlook for daily paycheck earners: 49% of people who get paid daily have less than $1,000 in savings, including for retirement. Even worse, 34% said they’ve saved nothing at all.

When you’re getting paid for a day’s work, not showing up for a shift can make an immediate, detrimental impact on your budget. About 63% of survey respondents who earn daily wages said they prefer their current pay schedule because it motivates them to show up to work every day.

Americans Don’t Want To Be Paid Every Day

Despite the implications of daily paychecks, getting paid on a daily basis doesn’t necessarily spell total disaster for your finances. There are certain advantages to receiving a daily paycheck from your employer, especially if you’re struggling to make ends meet.

“With a daily paycheck, you benefit from receiving your money right away,” said Judith Corprew, executive vice president and chief compliance and risk officer of Patriot Bank, N.A. “If you have immediate expenses — an overdue electric bill, for example — it would be useful to have access to your wages immediately.”

In general, however, Americans aren’t receptive to shortening their pay schedules. About 42% of all survey respondents said they wouldn’t prefer to get paid daily, even if the option was provided because it would be harder to budget their earnings. Supporting this statistic, 17% said they would end up spending more money every day.

Only 8% of all survey respondents said that getting paid daily would help them budget their paychecks better and grow their savings faster. Similarly, a measly 7% said that they believe receiving daily wages would help them pay off their debt at a quicker rate.

Interestingly, women were somewhat less confident in their ability to budget properly and control their spending under a daily pay schedule. About 43% of female respondents cited budgeting difficulties as a reason why they wouldn’t opt to get paid every day, compared with 40% of male respondents. And 19% of women vs. 16% of men said they would spend more money with a daily paycheck.

From a business perspective, companies might also prefer the traditional biweekly pay schedule. Since employers pay individual deposit fees, it costs more for them to issue wages at a higher frequency, according to payment technology platform DailyPay. Those fees can really add up, especially for larger businesses.

Why It’s Difficult To Budget With a Daily Paycheck

Americans weren’t wrong when they said it’s harder to manage your money on a daily pay schedule — in fact, the experts agree.

“As a general rule, it’s easier to create a budget when your payment arrives biweekly or monthly because most major expenses (mortgage, rent, student loans, car loans, utilities) are typically paid monthly,” Corprew said. “If you are receiving one or two paychecks every month, it can be easier to determine how much you need to hold for those significant bills. With a daily paycheck, you have to calculate a smaller amount, which can make it difficult to save unless you remain conscious of the exact amount needed from each day’s pay.”

Even without earning daily paychecks, Americans are already struggling to take control of their finances. Women, in particular, face greater financial challenges. Compared to male respondents in the survey, more female respondents live paycheck to paycheck and find it difficult to save money, pay their bills on time and make debt payments before the deadline.

It’s also concerning that 11% of survey respondents ages 65 and older said they struggle with making debt payments on time, which implies that they’re carrying a mortgage, auto loans or credit card debt into their golden years. Overall, this age group is far from being prepared for retirement. About 35% have less than $1,000 in savings, and only 28% have $50,000 or more saved — which still isn’t nearly enough by most standards.

Find Out: Here’s Exactly How Much You Need Saved For Retirement in Your State

How To Budget and Save Money Under a Daily Payroll

You’re more likely to receive daily wages if you work in certain industries. About 26% of daily paycheck earners work part time, and 29% consider themselves hourly employees.

“Daily paychecks are common for temporary workers, such as farmworkers or day laborers, that are hired by the day and paid accordingly,” Gonzalez said. “These workers generally earn very low wages — close to minimum wage or even lower.”

Even if you’re currently getting paid on a daily schedule, there are several different ways you can build your savings and take control of your finances. Start by learning how to save money on all of your monthly expenses. While it may seem impossible to cut certain costs, you might discover otherwise when you actually sit down and thoroughly evaluate your spending. That involves ranking your financial priorities, creating a solid budget, eliminating unnecessary fees, researching cheaper alternatives to your current providers and shopping with a financially savvy mindset.

Currently, 46% of people who earn daily wages are full-time employees. With some businesses turning to instant pay platforms, a daily paycheck may become more common, so it’s smart to understand the consequences of potential changes to your normal pay schedule.

Methodology: GOBankingRates conducted an online poll, surveying 1,000 Americans and asking the following questions: (1) Are you currently a paid full-time or part-time employee (not including any freelance jobs or side hustles)? (2) How often do you currently get paid at your full-time or part-time job (not including any tips)? (3) If given the option, would you prefer to get paid daily? Select all that apply; (4) Do any of the following apply to you? Select all that apply; (5) How much do you have in savings (including any retirement savings)? (6) What is your annual income (before taxes)? and (7) Do any of the following apply to you? Select all that apply. This survey was commissioned by ConsumerTrack Inc. and conducted by Survata, an independent research firm in San Francisco. Survata interviewed 1,000 online respondents between Sept. 20, 2019, and Oct. 1, 2019. Respondents were reached across the Survata publisher network, where they take a survey to unlock premium content, like articles and e-books. Respondents received no cash compensation for their participation. More information on Survata’s methodology can be found at survata.com/methodology. 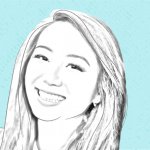 Need a Job? Here Are the Top 3 Positions Your State Is Hiring For

It's time to dust off that resume.

> Money > Jobs > Survey: Turns Out a Daily Paycheck Could Be the Worst Possible Thing for Your Finances