Do This, Not That When Preparing for a Post-Pandemic Career Change 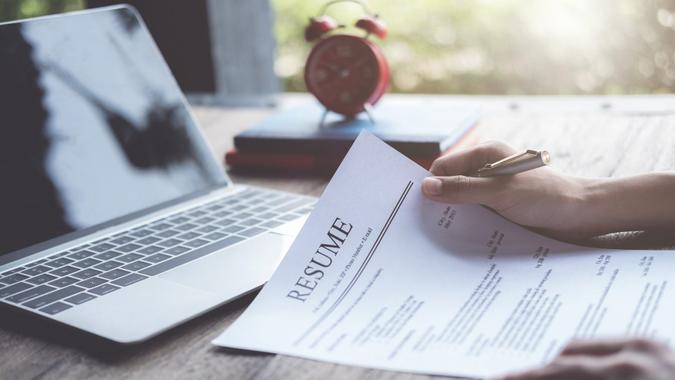 Though the pandemic rages on with no end date in sight, Americans are already thinking about life in a post-pandemic world. More specifically, they’re thinking about their careers.

According to a new Washington Post-Schar School poll, nearly 1 in 3 working Americans under the age of 40 have contemplated changing their job or field of work since the onset of the pandemic. Roughly 1 in 5 workers overall have considered a total professional shift.

“Many people are viewing this timeframe as an opportunity to further align with their personal schedules (remote work schedules, along with family care) and what they are more passionate about for their career,” said Kim Wallace, EVP, Hire Dynamics. “Many candidates are taking the opportunity with a tight labor force to increase compensation. There are more job openings than ever before so people have options.”

See: Companies That Let You Work From Anywhere

Wallace noted that burnout factors are also at play as people look to new jobs and even new industries — one of the key contributing factors to “The Great Resignation.”

Knowing that you want to leave your current job — or change career paths altogether — is one thing; actually doing it is a whole nother. As society begins to somewhat normalize despite (or around) the ongoing pandemic, Americans may be wondering, “What are the do’s and don’ts of pursuing a career change right now?”

Take a Look: High-Paying Jobs at Apple, Facebook and Google That Don’t Require a Degree

Do Focus On Your Skills

Vicki Salemi, Monster career expert, recommends that people on the hunt for new jobs begin by focusing on their skills.

“Begin with the end in mind: if you know what type of role and/or industry you want to work in, set up job alerts so new jobs land in your inbox,” Salemi said. “Start analyzing them: What type of skills and experiences are required? Employers typically list them in descending importance so the most critical ones are toward the top.”

Once you’ve identified what’s needed, figure out how you can represent the necessary skills on your resume — to the extent that you have them.

“If you don’t have certain requirements, start preparing by gaining them, perhaps by volunteering in your current role at work to train new employees (if you haven’t previously managed people and that’s one thing you want to focus on), in the community or taking on a side hustle so you can bolster your resume with valuable skills and experiences,” Salemi said.

Make More Money: 94 Money-Making Skills You Can Learn in Less Than a Year

Don’t Leave Your Current Resume as Is

“Tweak [your resume],” Salemi said. “Change the order so it’s in descending order of skills and experiences to mirror the new job description. Quantify as much as possible and highlight transferable skills in the cover letter and executive summary.”

Salemi added to never assume that the job recruiter will be able to immediately connect the dots on your resume to what you currently do (or most recently did) to the new role.

“Include a few succinct sentences highlighting your strengths which also reflect the most important attributes the employer is looking for in the position,” Salemi said.

Get the Job: 20 Ways To Improve Your Chances of Getting a Job

Do Network With People Who May Be Able To Help You

“Reach out to your former boss, mentor, colleagues to see who they know,” Salemi said. “Alumni organizations and professional organizations within that field may be helpful as well.”

While networking, look to conduct informational interviews with folks in the know.

“Ask them what are some things they wish they knew about the industry that they know now, what are important soft skills necessary to succeed, what’s the best way to get a foot in the door, what are some emerging trends and where is the industry headed in terms of automation, etc.,” Salemi said. “During these informational conversations, ask about salary ranges and expectations for roles you’re interested in pursuing.”

Once You Get the Job: 21 Tips To Climb the Career Ladder

Don’t Ignore the Importance of Knowing Your Worth

Do Prepare For the Future

“It’s important to prepare for the long-term and your post-pandemic career so you’re not in the dark about the new area,” Salemi said. “Prepare for the future by determining the area you want to get into, the skills and experiences required to get there and how you can communicate what you currently possess into transferring to those roles and/or upskilling so you can be a viable candidate for your new path.”