Here’s How Long You Should Stay At Your First Job 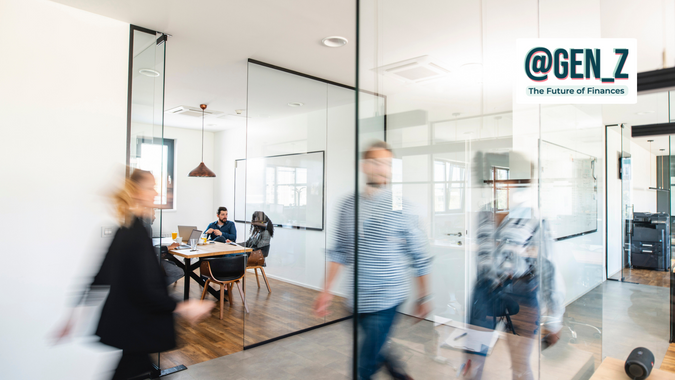 Gen Zers and young millennials had already developed a reputation as job-hoppers before the pandemic. Then, the transition to remote work and the Great Resignation changed everything young people had learned about beginning their careers — including about the appropriate amount of time to stay at their first jobs.

GOBankingRates asked the experts to share their insight as to how long you should stay planted at your starter job before moving on and — hopefully — up.

Vicki Salemi, a career expert with Monster.com, cited Monster’s New Grad Study from the spring. The study revealed that the average recent graduate thinks that seven months is the sweet spot for their first job. The results broke down like this:

“As a former corporate recruiter, I can say there’s no longer really a stigma around job-hopping,” Salemi said. “That said, you don’t want to have six-month stints on your resume or less than a year continuously.”

The idea that one-third of recent grads believe that a month — or even two or three — is enough time at a new job is striking. But it does reflect the fact that today’s employees are expected to spend much less time on each lily pad before hopping onto the next.

“The idea that one must stay in a job for at least two years is outdated,” said Christopher K. Lee, MPH, career consultant and founder of PurposeRedeemed. “This is especially true among Gen Zers. When students and new grads ask me whether it looks bad if they leave before the one- or two-year mark, I reassure them that it doesn’t. In fact, many roles such as internships, projects, and temp positions have a limited duration by nature. That said, while they are in those roles, I encourage them to:

Keep Reading: These Are the 50 Best Cities for Renters

Most experts seem to agree that it generally takes at least one year to make yourself marketable to managers the next rung up on the career ladder.

“As a career coach for young professionals, my recommendation would be to stay at least a year in your first job before moving on,” said Sai Blackbyrn founder and CEO of CoachFoundation.com. “One year should be enough to learn valuable skills and gain the experience needed for more demanding and more rewarding jobs.”

But make sure you’re not leaving behind something that you’re unlikely to find elsewhere — particularly if your employer incentivizes loyalty.

“If the company offers you great benefits — such as paid maternity leave and stock options — once you have worked there for three years or more, it might be worth considering staying put. Also, if there is a clear path for promotions in the company, you may need to consider sticking around and working yourself up the ranks.”

Check Out: Baby Boomers Share Their Biggest Money Regrets for Gen Z To Learn From

After one year, it’s likely that you’ll feel like you haven’t mastered the position and that you still have a lot to learn. But you can also get too cozy for your own good after staying for too long.

“My mentor once told me that you have two years to fully be comfortable in a certain position in a company,” said Craig Miller, co-founder of Academia Labs. “Once you reach that comfort level, either you strive to learn more and do more for the chance for a promotion or quit and join another company. It is never good to stay too comfortable in a position as you might get bored and the motivation to work will decrease gradually. However, leaving too early, before you reach your second year anniversary in the company, may cause detrimental effects to your career.

If You’re Shopping for Titles, Three Years Would Not be a Waste of Time

Most experts suggest a year or two, but that’s probably not enough time for those who find themselves on a career track in pursuit of a promotion with the first company that hires them.

“Professionally it would be unwise to propose a year or two time frame to any professional looking to transition into senior roles proficiently,” said Debraca Russell, a career coach certified with the Professional Association of Résumé Writers and Career Coaches and founder of Agape Career Counseling Group. “I would suggest the Gen Z professional focus on quality of knowledge ascertained and gleaned prior to looking to move into a bigger title with more responsibility.

In short, the transition could happen within three years for Generation Z employees without looking unstable or unreliable to employers looking to promote into leadership roles.”