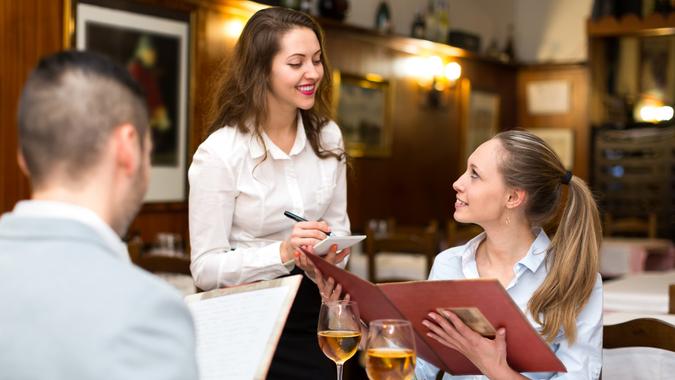 The West Hollywood City Council has approved a minimum wage hike for hourly workers in hospitality, retail, food service, and other industries that is the highest in the nation. The hourly wage for West Hollywood rises to $17.64 an hour in January, the LA Times reported. Currently, minimum wage workers in West Hollywood earn between $13 and $14 an hour, depending on the business.

Discover: Costco, Amazon and 16 Other Companies That Raised Their Minimum Wage to $15 (or More)
Explore: As ‘Inflation Wipes Out Real Gains,’ How Much of a Raise Will You Need in 2022 To Keep Up?

Beginning January 1, 2022, hotel workers will earn a minimum of $17.64 per hour, which is the same as the minimum wage in neighboring Los Angeles and Santa Monica, said the LA Times.

West Hollywood’s mayor pro tem Sepi Shyne told the LA Times that the goal is to have all groups earning roughly $18.77 an hour by July 2023.

Economy Explained: What You Need To Understand About the Relationship Between Inflation and a Rising Minimum Wage

The new ordinance includes more than a wage hike. Workers will now get at least 96 hours (more than two work weeks) of annual paid sick, vacation and personal leave.

Some small business owners shared concerns that the increase could cripple hospitality businesses already suffering from shutdowns and a loss of business during the pandemic. If the wage hike leads restaurant and hotel owners to raise prices, reduce services or cut hours, it could have the opposite effect than was intended. Current employees would have to work even harder to provide the level of service people expect — something that is already happening due to the labor shortage.

Some West Hollywood business owners are calling the increase “unsustainable,” noting that they couldn’t keep their business open with the increase in payroll that would be required. If businesses close, fewer jobs would be available to help people recover from pandemic-related job loss.

Learn: 14 Countries That Have a Higher Minimum Wage Than the US
Social Security COLA: Seniors Will Receive the Highest Increase in Decades, But It’s No Match For 6.2% Inflation Surge

Yet, even the increase may not be enough to make West Hollywood affordable for many people. A GOBankingRates’ study on the cost to live comfortably in American cities showed that you would need an income exceeding $100,000 a year in Los Angeles. Meanwhile, the median income is just $54,501. A minimum wage worker earning $17.64 per hour would make roughly $36,691 annually, assuming 40-hour workweeks and access to PTO.