Remote Workers: These Towns Are Giving You $10,000 in Cash to Move 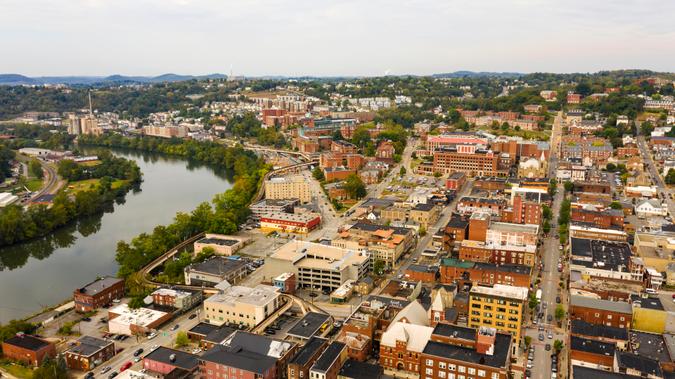 The rise of remote work during the COVID-19 pandemic looks like a permanent trend, and municipalities across the United States are paying attention. Some of them are willing to pay big bucks — $10,000 and more – to convince remote workers to move there.

See: Remote Work: Top 25 Side Gigs To Pursue From Home and How Much They Pay
Find: How the Rise of Remote Work Is Empowering Women

The MakeMyMove website identified several U.S. towns that are offering financial incentives to lure more residents. The incentives range from cash and club memberships to recreation packages and mountain bikes.

Here’s a look at some of the towns listed on the MakeMyMove website, where you’ll find information about requirements and how to apply. In most cases, you will need to be at least 18 years old and either be employed full-time or willing to accept full-time work.

Tulsa is more of a city than a town, with a population of over 400,000 to rank second in the state behind Oklahoma City. The inTulsa career site has a program that connects technology professionals to employers for both remote and in-office opportunities in engineering, sales, operations, marketing and more. Eligible applicants outside the state of Oklahoma can claim as much as $10,000 in relocation incentives if they are placed in a new position by inTulsa.

Ruston is a college community in North Louisiana that is home to Louisiana Tech University and nearby Grambling State University. In addition to a thriving downtown, the area has numerous outdoor recreation options. The community’s incentive package for remote workers who relocate to Ruston includes a $10,000 grant awarded over a three-year period as well as free lifetime Alumni Foundation memberships for returning Louisiana Tech Grambling grads.

Nestled in the Blue Ridge Mountains, Morgantown is probably best known for being home to West Virginia University. The community is offering remote workers an incentive package worth up to $20,000 – including $12,000 in cash and various gifts and other perks.

Vermont’s capital city offers small town charm with big city amenities that include award-winning museums, restaurants and craft breweries. Under Montpelier’s incentive program, remote workers can receive up to $5,000 per year for up to two years. Applicants who move and become full-time employees of a Vermont business are eligible for up to $7,500.

This is another Blue Ridge Mountain town that offers scenic views and a low cost of living. The Ascend WV Remote Worker Program is offering an incentive package to remote workers that is similar to the one offered by Morgantown. It includes $12,000 in cash as well as free outdoor recreation packages and other incentives for a total value of more than $20,000.

See: 22 Side Gigs That Can Make You Richer Than a Full-Time Job
Find: IRS Reminds Taxpayers Gig Work Must Be Reported, Provides Record-Keeping Guidance

Northwest Arkansas is home to several towns, including Fayetteville, Bentonville and Huntsville. You’ll find plenty to do in the area, especially in terms of outdoor activities. The incentive package for remote workers who move to the region includes $10,000 and a mountain bike valued at $750, for a total value of $10,750.