At the age of 16, Jeff Badu realized he was on the wrong path and needed to turn his life around.

His family had emigrated from Ghana to the U.S. when he was 8 in hopes of a better life. However, they ended up in the Uptown neighborhood of Chicago, which Badu described as a high-poverty area surrounded by gang activity. In fact, the neighborhood was — and still is — home to some of Chicago’s most notorious gangs, including the Black Gangster Disciples and Conservative Vice Lords. “I ended up at the wrong place at the wrong time,” Badu said. “Not only did I have to end up with a tough transition, but I had to deal with negative influences.”

He got involved with the wrong group of people and sucked into a dangerous lifestyle. “Some of my friends were killed,” Badu said. “Some went to jail.” However, his parents didn’t realize what was going on behind the scenes in Badu’s life because he was getting good grades in school. They didn’t know the trouble he was getting into until he had to call his mother once and ask her to pick him up at jail. “That was one of the toughest days of my life,” Badu said.

In 2008 when he was 16, Badu took a trip to his native country Ghana — where he saw family members who were homeless and struggling just to get by. “That trip changed everything,” he said. “I said to myself, ‘I have all these opportunities in America. My parents struggled to get me here. Why should I throw that away?'”

When he returned to America, he stopped hanging out with his old group of friends and started going to Bible study at the church his family had gone to a few times in the past. There, he met mentors who helped him turn his life around and stay away from negativity. Badu even became a youth leader at the church.

His grades — which were good — got better, and he became a member of the National Honor Society. Badu also started playing soccer and was one of the leaders on his school’s basketball team. “Things got better,” he said. “I was more motivated.”

Up Next: 30 Celebrities Who Went From Rags to Riches

In fact, Badu became the first graduate from his high school to get accepted at the University of Illinois. And scholarships he won paid for his education.

Going to college opened a lot of doors for Badu. More importantly, though, it closed the door to his past. “It took me away from everything,” he said. “I was so focused, so determined. I got rid of the negative influences.”

From Troubled Youth to Budding Entrepreneur

The same year Badu enrolled in college — 2010 — he launched a tax preparation business. In the beginning, it wasn’t so much a business as a volunteer service. Badu reached out to friends and family to do their tax returns for free. He even offered to pay people to do their taxes, he said.

Although he was an accounting major, Badu had no experience preparing tax returns before he started doing them for others. He learned how to fill out the forms by watching YouTube videos. Despite being self-taught, word got out that Badu did a good job preparing returns, and more people started coming to him for help.

He also worked at tax services firm PwC as an intern for three years while in college, was part of the company’s leadership program for a year, then landed a job there in 2016 after getting a master’s degree in accounting. However, it wasn’t long before he left PwC to launch Badu Tax Services. When he started his firm, Badu already had 100 clients from the tax preparation “business” he had started in college.

Turning a $5,000 Investment Into a Million-Dollar Enterprise

Badu used $5,000 of his own money to buy tax software, a desk, computer, marketing materials and Facebook ads. That’s all it took to launch Badu Tax Services from his home — that, and a lot of hustling and savvy marketing to get the word out about his business.

Badu already had been promoting his services since 2015 with blog posts on his website JeffBadu.com. When he officially launched his company in 2016, Badu started doing Facebook Live videos to promote it and then post those videos on YouTube. He also created a radio show called Money Talks on a Chicago station his cousin had launched to reach an audience of 2 million people. And he offered free consultations through ads on the business directory and review forum Yelp.

“My advice to anyone, if you’re starting a business like mine, it doesn’t take a lot,” Badu said. “My business plan was one page. Start with what you have and leverage what you can.”

Badu, who is now 26, has leveraged that initial $5,000 investment into a financial services enterprise that includes tax preparation, credit repair, property tax appeals, financial coaching, small business lending and life insurance. Now called Badu Enterprises, his company has 1,500 clients in all 50 states and five countries, a revenue of $600,000 and is worth $1.5 million, he said. His contractors provide services to clients virtually rather than at brick-and-mortar locations, so Badu has no overhead for his business. “It’s a fast-growing operation,” he said.

As his company grows, Badu said he plans to give back to his community by launching the Badu Foundation in 2020. “It will be a financial literacy organization that provides financial education to youth and at-risk people,” he said.

The foundation will have programs to teach youth how to budget and save and will provide college scholarships. And it will provide a 10-week financial program for Chicago’s homeless population. Once people complete the program, they will get a stipend to help restore their lives, Badu said.

His spirit and faith have motivated him to succeed and give back to help others, Badu said. However, coming from a troubled past has helped him stay on his current path. “I’ve been through struggle[s]. I’ve been through tough times in life,” Badu said. “I never want to get back to that.” Whenever he has felt like giving up, he said he thinks back to his visit to Ghana in 2008 when he saw family members who looked like they were ready to give up on life. “I want to help those folks,” Baud said. “Everything I do is centered on that.”

Click through to read about eight entrepreneurs who started with less than $15,000 and made millions. 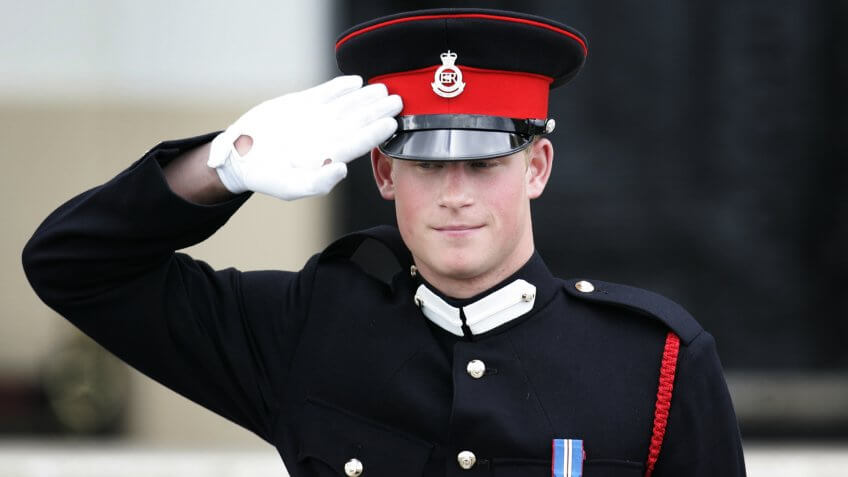 The Most Surprising Jobs Held by Royals

Some royals are more like you than you think.