Truck Driving Teens Could Be the Answer to Supply Chain Issues 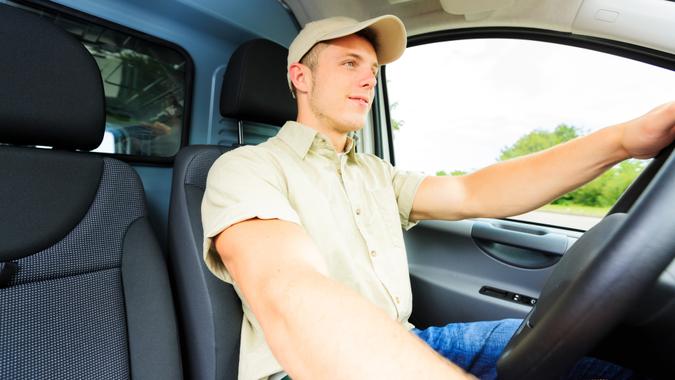 If you’re an American teenager and you want to hit the road, here’s your chance — and you can even get paid for it. Thank the federal government, which is moving ahead with plans to let teens drive big rigs across state lines as part of a test program.

See: Shipping Companies Had a $150 Billion Year Amid Supply Chain Woes — How Their Profit Was Your Loss
Find: Supply Chain Loophole: Why Amazon’s Use of Private Cargos and Planes Is Working

This represents a major shift from current rules, which require truckers to be at least 21 years old to cross state lines. But a new apprenticeship program would let thousands of 18- to-20-year-olds drive big rigs from state to state.

The move comes amid rising concern over a shortage of truckers — a major contributor to current supply chain problems.

The pilot program can last up to three years and would require 3,000 young truckers at a time to complete 400 hours of cumulative training with an experienced driver in the passenger seat. They will then be allowed to drive solo under continuous monitoring by trucking companies until they turn 21 and restrictions are lifted.

Trucks used in the program must be equipped with an electronic braking crash mitigation system and a forward-facing video camera, and their speeds must be limited to 65 mph, the AP reported.

The apprenticeship pilot program was required by Congress as part of the infrastructure bill that was signed into law in November. It also requires the FMCSA to start the program within 60 days.

The hope is that widening the pool of drivers to include teens will help solve massive labor problems in the trucking industry, which has seen thousands of drivers leave the profession over COVID-19 fears and other issues.

As GOBankingRates recently reported, the driver shortage is so severe that some major trucking companies are experimenting with driverless, robot-controlled trucks — including J.B. Hunt Transport Services, FedEx and the freight division of Uber Technologies.

Not everyone is happy about letting teens (or robots) drive 40-ton trucks down the highway. Safety advocates point out that younger drivers get into more accidents than older ones.

But industry leaders support the program. Among the biggest advocates is the American Trucking Association (ATA), which sees the program as a way to help the industry overcome an estimated shortage of 80,000 truck drivers.

See: Cargo Thefts Will Add to Supply Chain Woes Through 2022 — Electronics and Refrigerated Trucks Become Latest Targets
Find: Your Morning Orange Juice Is Getting More Expensive — Here’s Why (And It’s Not a Supply Chain Issue)

Nick Geale, vice president of workforce safety for the ATA, noted in a statement that 49 states and Washington, D.C., already let drivers under 21 drive semis, just not over state lines.