In 1981, Mike Reno, frontman of rock group Loverboy, belted out the lyrics “Everybody’s working for the weekend,” for the first time. The song became an instant classic — an anthem for the working man — not only because it’s catchy, but because it’s so very relatable. The one thing this song isn’t? True. Many people dread coming into the office and are counting down the minutes until they can go home, sure, but a surprising majority actually find it difficult to leave.

The standard workday in America is considered eight hours. And yet, in 2017, the Bureau of Labor and Statistics found that full-time employees worked 8.56 hours a day on average. And, if they’re not putting in extra time at the office, employees are taking their work home with them. A 2015 survey by RAND Corporation found that more than half of the 3,000 respondents polled were doing work-related assignments outside of the office. About 10 percent couldn’t confine work solely to weekdays, admitting that they did assignments at home “nearly every day.”

Whether it is an attempt to win the boss’s favor, to be liked by co-workers or something else that is keeping employees chained to their desks, research shows staying late at the office is detrimental both personally and professionally. Learn why staying late at work is a bad thing and what else you should do to get ahead instead.

You might think working overtime conveys to your co-workers that you’re a team player willing to go the extra mile. Maybe a small part of you hopes they’ll be impressed.

Nicole Diaz, a sales support specialist at West Corporation, shared what’s really on the minds of your peers when you stay late routinely. “At my old job, there was a guy who always stayed overtime, far past the time everyone else would stay,” she said. “I think in this guy’s view, he thought he was doing the norm and that everyone else leaving earlier had a bad work ethic. He thought it made him look good, and he made people feel sympathy for him. In reality, most of my coworkers, and even some supervisors felt uncomfortable with how late he would stay, which at times was when we weren’t even busy. He was definitely a ‘work martyr.'”

Your Effort Is Lost on the Boss

‘Work martyrs’ — those who sacrifice personal time for the company — aren’t uncommon. Project: Time Off’s 2017 report “The State of American Vacation,” found that 38 percent of employees actually strive to be seen as a work martyr by their boss.

However, the same report found that this thinking is flawed. Work martyrs are less likely to receive a raise, bonus or promotion than their peers, “showing that the work martyr attitude is not helping anyone get ahead.”

Your Physical and Mental Health Is Declining

If you work outside the office, performing manual labor or simply staying on your feet all day, there is an obvious risk of exhaustion, pain and injury the longer you work. Conversely, if you work in an office, the sedentary nature of your job puts you at higher risk for cardiovascular disease, stroke, obesity and, correlatively, death. Research has also linked longer hours at work to disordered sleep, stress and depression.

Simply put, the longer your hours at work, the shorter and unhappier your life.

Try This Instead: 15 High-Paying Careers That Won’t Kill You

You’re Not as Productive as You Think

Overtime also doesn’t equate to increased productivity. Just ask Henry Ford, who instituted the now-standard 40-hour workweek at his company when 48 hours had long been the norm. He found that his employees were actually more productive when they worked fewer hours.

Further, according to the 2014 Stanford study, “The Productivity of Working Hours,” productivity completely falls off at the 49-hour mark per week. Additional time working was found to be pointless at a certain point.

There Is a Bigger Problem: How to Solve It

Perhaps the most important answer to the question “Why is staying late at work bad?” is that it is just a symptom of a larger problem. It could be that your industry, company or even specific manager encourages unrealistic, harmful behavior. Perhaps your workload is too heavy. Maybe you don’t manage your time well.

Whatever the case might be, working late routinely is a temporary solution. There are better answers out there.

Of course, this is an oversimplification. Many people work long hours for the pay, to support themselves and their families. They work long hours because they have no other options or are limited by education, location, opportunity and/or circumstance.

For those who do have the luxury of choosing, however, remember that the choice to stay late is ultimately holding you back. It’s time to rethink the way you work.

Click through to read about why we don’t have 30-hour workweeks. 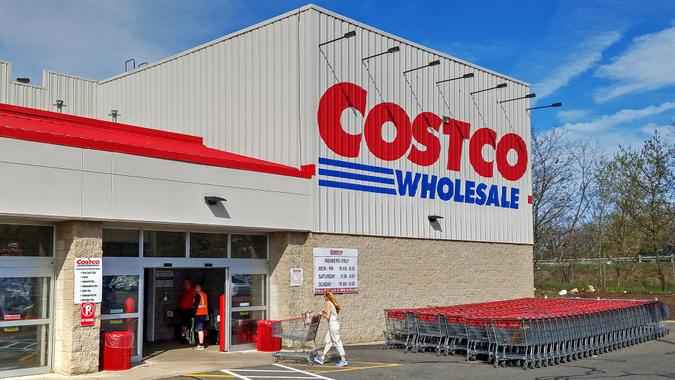 5 Best and Worst Jobs at Costco

If you need better pay, consider becoming a Costco employee.