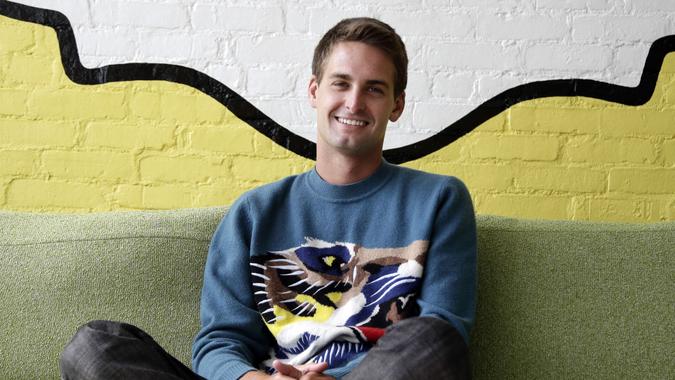 Achieving billionaire status is no easy feat, and the latest crop of young billionaires has made it to ten-figure levels of wealth at the age of 30 or younger. Some are self-made billionaires who have struck it rich through their innovative companies — mostly in the tech space — while others have inherited their not-so-small fortunes.

GOBankingRates used Forbes’ Real-Time Billionaire tracker data to source all billionaires 30 and younger as of the end of trading on April 28, and ranked them by age. Here’s a look at the world’s youngest billionaires, ranked from oldest to youngest.

See: These 47 Billionaires Got Richer During The Pandemic

Nick Molnar became Australia’s youngest self-made billionaire as the co-founder and co-CEO of Afterpay, a deferred payments platform that allows users to break up the cost of their purchases into interest-free installments.

Molnar advises other aspiring entrepreneurs to not be afraid to take the leap to start their own businesses: “When you rip the band-aid off and you move beyond ‘I need a corporate job’ to ‘I can create my own income,’ it’s amazing the growth you can see from a company,” he told CNBC.

Check Out: The World’s 20 Richest Millennials

John Collison is the co-founder and president of Stripe, which enables businesses to process payments online. He credits his company’s success to not just having an idea, but having an actual product.

“Anyone could have come up with the idea for Stripe because you only had to talk to people who were trying to build internet businesses back then and they’d have happily talked your ear off about how frustrating it was dealing with payments,” he told The Irish Times. “The only advantage we had was we had a product that existed. Code wins arguments. It meant that people didn’t even have to believe in us. They could just look at the data and see we were on to something.”

Evan Spiegel, CEO of Snap, has been a billionaire since the age of 25, Forbes reported. He has said that if you want to start a business, do it because you think it will make the world a better place — not because you want to get rich.

Big Bucks: 20 Billionaire American Dynasties and How They Made Their Money

Sam Bankman-Fried is the founder of Alameda Research, a quantitative crypto trading firm and FTX, a crypto derivatives exchange, which is where he derives the bulk of his wealth, Forbes reported.

Read: Watch Out, These Billionaires Could Buy Your City

Andy Fang is the co-founder of the restaurant delivery app DoorDash, which went public in December 2020, Forbes reported. Fang started the company along with two of his Stanford University classmates and believes the team they built out was key to DoorDash’s success.

Stanley Tang is another of DoorDash’s founders. Prior to launching DoorDash, Tang had a number of less successful endeavors, he told Income Diary. The trick is to learn from these missteps, he said.

“Every endeavor I’ve undertaken, I’ve made a ton of mistakes and learned something new,” Tang said. “The hope is that you don’t repeat the same mistakes and take those learnings onto your next project.”

Not Living Like a Billionaire: 11 Ways Warren Buffett Lives Frugally

Gustav Magnar Witzoe’s billions come from his nearly 50% stake in Salmar ASA, one of the world’s largest salmon producers, Forbes reported. His stake was given to him by his father, Gustav Witzoe, who founded the company in 1991.

Austin Russell founded and runs the automotive sensor firm Luminar Technologies, and he became the world’s youngest self-made billionaire at age 25 when his company was listed on the Nasdaq, Forbes reported.

“You’ve got to carve some time out every day to be able to just think,” he told Forbes. “Maybe it sounds silly, but it actually makes a pretty meaningful difference if you can just pause, take a step back and just really think through not just the tactical problems of the day, but the longer-term strategic view about what you’re trying to solve for.”

Katharina Andresen and her sister Alexandra each inherited 42% of the family-owned investment company Ferd, Forbes reported. Ferd runs hedge funds, has private equity investments and is an active investor on the Nordic stock exchange.

How To Become a Millionaire: Learn the Best Ways

Alexandra Andresen’s wealth is tied to her 42% stake in her family’s investment company.

Wang Zelong inherited a stake in CNNC Hua Yuan Titanium Dioxide Co., which produces titanium dioxide pigment — a white pigment that can be used in coatings, plastics, ink and other materials, Forbes reported.

See: 10 States With the Most Millionaires

Kevin David Lehmann is the world’s youngest billionaire thanks to his 50% stake in Germany’s leading drugstore chain, dm (drogerie markt), which brings in over $12 billion in annual revenue, Forbes reported. Lehmann’s father transferred ownership of his 50% stake in dm to Kevin David in 2017.