Theodor Seuss Geisel, best known as Dr. Seuss, would have celebrated his 113th birthday on Thursday, March 2. He was born in 1904 and is one of the world’s most beloved cartoonists, poets and writers. In addition to his famous Dr. Seuss pen name, he also wrote under the names Theo Le Sieg and Rosetta Stone. He died in 1991 at 87 years old.

As we celebrate Read Across America Day, take a look at the Dr. Seuss estate and the books that continue to carry the late author’s legacy.

Dr. Seuss is an all-time, best-selling children’s book author. Throughout his career he wrote and illustrated 45 children’s books that have sold more than 650 million copies, of which 450 million were sold in the years after his death, according to Forbes.

According to Amazon, here are the top 10 Dr. Seuss children’s books:

Read: The Best Books on Amazon for Aspiring Entrepreneurs for Under $20

Some of Dr. Seuss’s books have also been adapted into popular and profitable Hollywood movies. In 2000, director Ron Howard’s “How the Grinch Stole Christmas” starred Jim Carrey and grossed $260 million in the U.S. In fact, it’s one of the highest grossing Christmas movies of all time.

In 2012, “Dr. Seuss’ The Lorax” movie hit theaters and featured the voices of Zac Efron and Taylor Swift. With a $70 million opening weekend, “The Lorax” broke box office records, including “highest non-sequel animated/family film opening” and “biggest opener of 2012,” according to Deadline.com.

According to CelebrityNetWorth.com, Dr. Seuss had a net worth of $75 million.

In 2016, Dr. Seuss ranked No. 7 on Forbes’ annual list of the top-earning deceased celebrities. Forbes also reported that “How the Grinch Stole Christmas” earned the Dr. Seuss estate $10 million the year the movie was released in a licensing arrangement. The estate, Dr. Seuss Enterprises, is under the direction of his widow, Audrey Geisel.

Up Next: How Much You’ll Pay to Get the VIP Treatment at Disney Parks 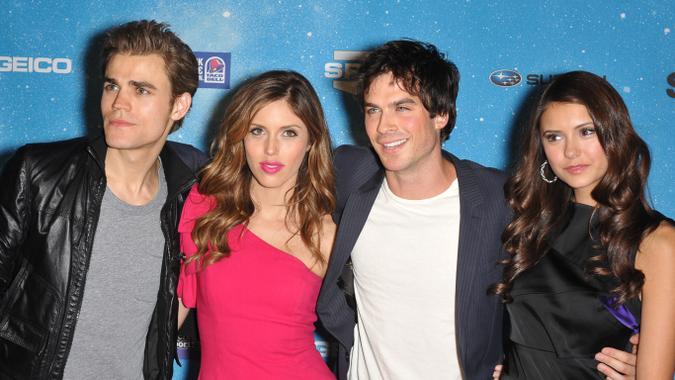 Cast Showdown: Who’s the Richest Star of ‘The Vampire

Vampires, werewolves and hybrids have all pulled in big bucks during the show's run.

> Net Worth > Celebrities > Happy Birthday, Dr. Seuss! A Look at His Best-Selling Books and More