How Rich is Nick Jonas? 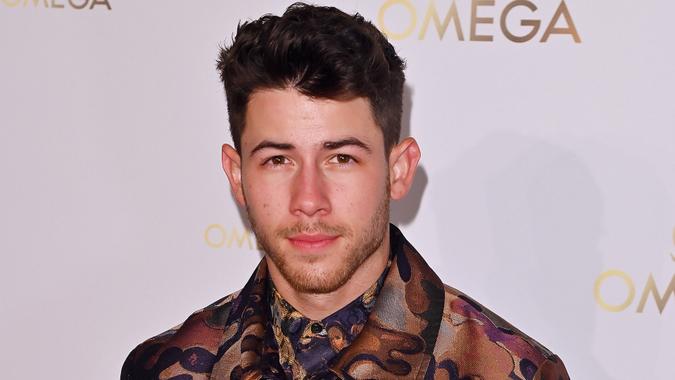 Nick Jonas, 29, is a newly minted father.  He and wife Priyanka Chopra — a power couple with a substantial combined net worth — welcomed their first child together and shared the news on Jan. 21.

See: Dwayne ‘The Rock’ Johnson’s Growing Net Worth as Highest Paid Actor
Find: 10 Side Hustles To Increase Your Net Worth

The youngest of the famous Jonas Brothers has come into his own through various acting and solo music projects including the hit single “Jealous.” Jonas also made a splash on the silver screen recently, appearing in “Jumanji: The Next Level.”

He joined brothers Joe and Kevin to create the Jonas Brothers, becoming Disney Channel mainstays, and then he ventured off on his own.

He has appeared in a number of TV shows, including “Hawaii Five-O” and “Kingdom.” He also co-starred in films such as “Night at the Museum: Battle of the Smithsonian,” “Careful What You Wish For,” “Goat,” “Midway” and “Jumanji: Welcome to the Jungle.”

Jonas has an estimated net worth of $70 million, but his wife is reported to earn about $10 million per year from her acting and modeling work according to CelebrityNetWorth.

The Jonas Brothers released their first album “It’s About Time” in 2006, however their self-titled album “The Jonas Brothers” launched in 2007 and was a hit.  As a result, they received the attention of the Disney Channel where they were cast in the musical film “Camp Rock” in 2008.

The band released two more albums, but then took a break when Nick formed a new band called Nick Jonas & the Administration.  He also decided to take on more acting roles and appeared on Broadway as well in the TV series “Smash.”

His second solo studio album included the single “Jealous” and was released in 2014.

Discover: How Rich is Laura Linney?

The Jonas Brothers reunited in 2019 and released an album and documentary titled “Chasing Happiness” on June 7, 2020.

Jonas is a producer of the Netflix series “Dash and Lily,”  and he collaborates with brands such as Creative Recreation, John Varvatos and spirits company Stoli Group.

Nicholas Jerry Jonas was the third son born to Denise and Paul Kevin Jonas in Dallas, Texas, on September 16, 1992, but his family soon moved to Wykoff, New Jersey.  He was always musically inclined and began performing on Broadway in 2002.

He wrote a Christmas song with his father titled “Joy to the World” that was released in 2003.  His debut album “Nicholas Jonas” came out in 2004, but Columbia Records thought that all three brothers together had potential — and so The Jonas Brothers sprang into existence.

More: How Rich Is Jason Bateman as the Final Season of ‘Ozark’ Premieres on Netflix?

Their first album (“It’s About Time”) was not successful, however — after signing with Hollywood Records — their self-titled second album did very well and ended up hitting the top five on the Billboard chart. This victory led to them getting noticed by the Disney Channel, and they appeared on “Hannah Montana” in 2007.

While Jonas had romances with Miley Cyrus, Selena Gomez, Delta Goodrem and Olivia Culpo, he married Priyanka Chopra on Dec. 1, 2018, in Jodhpur, India.  The wedding cost about $584,000 per CelebrityNetWorth.

Jonas is involved with many charities, especially those with an emphasis on Type 1 Diabetes. He was diagnosed with the condition at age 13.

Learn: How Rich Are Megan Rapinoe, Alex Morgan and These Big-Name US Soccer Stars?
Explore: How Rich Is Joe Biden One Year Into His Presidency?

He purchased a Beverly Hills mansion in 2018 for $6.5 million.  However, the pair increased their real estate holdings in 2019 by purchasing a 20,000 square foot mansion in Encino for $20 million.

Nick Jonas can be seen in the upcoming “Jersey Boys Live.”