How Much is Patrick Stewart Worth? 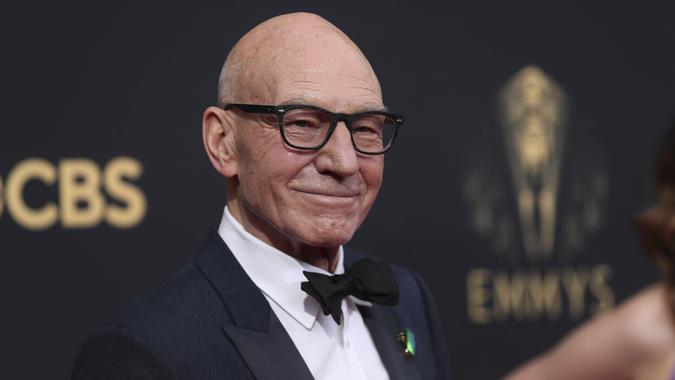 Patrick Stewart is an English actor with impressive theater, film and television credits who is most known for portraying Charles Xavier in the X-Men franchise and Jean-Luc Picard from the Star Trek series. He enters the Marvel universe in “Doctor Strange in the Multiverse of Madness,” reprising his role as Professor Xavier to the unexpected delight of fans who thought his run as the character was over after 2017’s “Logan.”

Patrick Stewart is Worth $70 Million

With his steady stream of work with more than 150 acting credits, Stewart has accumulated a $70 million fortune, according to Celebrity Net Worth.

In 2000, he was cast as Professor Charles Xavier in “X-Men.” He played that part for seven “X-Men” films so far. No information has been made public regarding his “X-Men” salary.

Stewart has been nominated for many awards including Saturn, Tony, Golden Globe, Emmy, Screen Actors Guild and Olivier awards.

Patrick Stewart was the youngest of three sons born to Gladys and Alfred Stewart Mirfield, in the West Riding of Yorkshire, England, on July 13, 1940.  He grew up in Yarrow, a town in North East England. His dad had been a regimental sergeant major in the British Army who had a violent streak, something Stewart later attributed to PTSD from the war.

An English teacher recommended that he should study and perform Shakespeare. When he was 15, he dropped out of school and became a newspaperman while also participating in the theater. He skipped a lot of work in order to attend rehearsals and his boss forced him to choose journalism or acting. He chose acting.

He received a grant to attend the Bristol Old Vic Theatre School in South West England a few years later.

The theater is where he made his bones. He started at Manchester’s Library Theatre and then joined the Royal Shakespeare Company in 1966 where he was a full-time performer there until 1982. (He remains an important part of the company now).

In 1967, he landed his first TV role in a series called “Coronation Street.” He continued to work on TV for various projects over the next decade or so.  He starred in the famed mini-series “I, Claudius” as Sejanus in 1976, but only more supporting roles followed.

It was in 1987 that his fortune turned. He was asked to read for Captain Jean-Luc Picard for Gene Roddenberry’s “Star Trek: The Next Generation.” Although he planned for it to be a one-year gig, he consented to the 6-year contract the studio offered. The series ran ultimately ran through 1994. He was in 178 episodes of that show but has reprised the role in additional “Star Trek” movies, series and most recently in the Paramount+ series “Picard.”

The role typecast Stewart for many years until it worked in his favor in the late ’90s when he was chosen to portray Professor Xavier in the cartoon-made-film “X-Men.” Ironically, the character was another bald, white, Englishman. He went on to portray the professor in six more movies to the seeming end of the road in 2017’s “Logan,” but surprised X-Men and Marvel fans alike by reprising his role in 2022’s “Doctor Strange in the Multiverse of Madness.”

Where Else Can You Hear His Voice?

Patrick Stewart can be seen and heard doing brand endorsements. He has lent his voice to commercials for Mastercard, Goodyear and Stella Artois beer. In 2020 he worked with Uber Eats in a “Star Trek” vs. “Star Wars” battle alongside Mark Hamill.

Stewart has been married three times. He was married to Sheila Falconer for 24 years. They divorced in 1990 and share two children, Daniel and Sophie. In 2000, he married producer Wendy Neuss and divorced her three years later. He married New York-based singer/songwriter Sunny Ozell in 2014.

Stewart isn’t a prolific real estate buyer, but he has made a few purchases over the years. After his second divorce in 2004, he sold his Los Angeles home of many years, which was located on the street where Reese Witherspoon, Kate Hudson, Michelle Pfeiffer and Conan O’Brien now live, for $6.5 million.

Stewart bought a duplex in the Park Slope area of Brooklyn for $2.5 million in 2012, joining celebrity comrades Steve Buscemi and John Turturro who also own homes in the New York borough.

He owned a home for quite a while in Yorkshire, England, trying to maintain his British roots while working in Hollywood. He eventually sold the property in 2016 for 535,000 pounds.

See: How Much Is Paramount+ and Is It Worth It?
Find: Star Wars: The Last Jedi’ Cast: Mark Hamill Net Worth, Daisy Ridley Net Worth and More

In 2019, he bought a 4,500-square-foot Los Angeles mansion in Los Angeles for $4.3 million. The property was previously owned by “Modern Family” director Jason Winer and his wife who did not know it was Stewart who bought their house.

Other Fun Facts About Patrick Stewart

In 1996, Stewart received a star on the Hollywood Walk of Fame. He also received a knighthood from Queen Elizabeth II in 2010.