One Week Before Election, More Money Is Being Bet On Trump 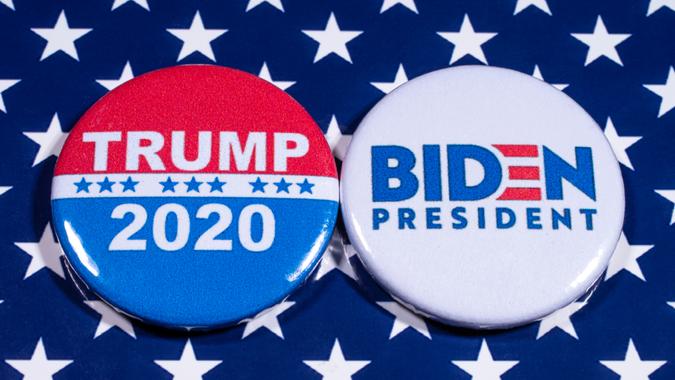 Online polls point to former Vice President Joe Biden as the winner of the 2020 presidential election, but gamblers might beg to differ. So far in this election, more money has been bet on President Donald Trump winning than Biden, according to bookmakers, Newsweek reported.

Though more financial bets have been placed on Trump, the U.K. bookmaker Betfair told Newsweek that the odds of a Biden win are far more likely — at 66%, while Trump has a 34% chance of winning. Interestingly, as Trump’s odds of triumph slide, bets on his victory pour in.

“In terms of the number of bets placed in the last seven days, 80% have been on Trump compared to 20% on Biden,” a spokesperson for the bookmaker PaddyPower told Newsweek. Betting data aggregator Oddschecker reported a similar trend, saying that over the past weekend, twice as many bets were placed on a Trump victory than on a Biden win. Additionally, nearly 65% of all bets placed on the 2020 U.S. election over the weekend were on Trump, compared to the 31.7% placed on Biden.

“We are still seeing plenty of money for the POTUS and in fact more money has been bet on Trump in this race, with £91m compared to £84m on Joe Biden,” Sam Rosbottom, a spokesperson for Betfair, told Newsweek, who pointed out that at this time in the election cycle in 2016, odds overwhelmingly favored Hillary Clinton. “We all know how that turned out,” Rosbottom said.

Keep reading to see who else is putting money into this election.