The 10 Lowest-Paid Players in This Year’s Super Bowl 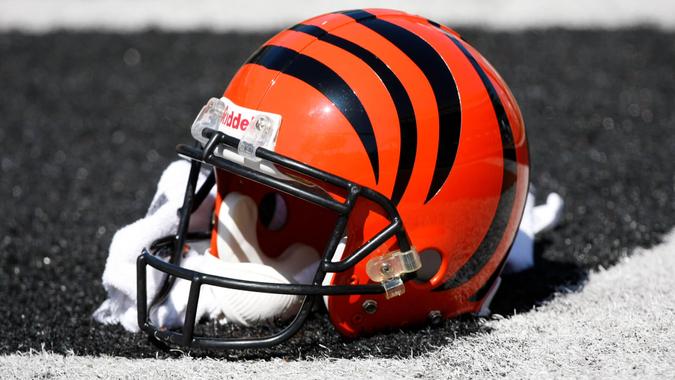 The lowest-paid players on an NFL team are practice squad players. The name adequately describes their role. The players practice with the team during the week but don’t dress in uniform on game day.

Over the past two seasons, practice squad players have become more vital to NFL teams because of the COVID-19 pandemic. If a member of the active roster tested positive for the virus, the team had a player familiar with its plays and personnel to jump in at a moment’s notice.

The Other Side: The 10 Highest-Paid Players in This Year’s Super Bowl

A few of the Cincinnati Bengals and Los Angeles Rams who spent most of the season on the practice squad have been added to the roster for Super Bowl XVI, giving them another game check for the season. Here’s a look at the lowest-paid players on the teams’ rosters this season, based on the NFL’s complex salary cap system.

Read on to see the top bargains on this year’s Super Bowl teams.

A 10-year veteran, Mike Daniels was elevated from the practice squad for the final two games of the regular season. He was a Pro Bowl selection with the Green Bay Packers in 2017.

Did You Know: Who Are the Richest Quarterbacks in 2022?

In his fifth season in the league, Noah Spence came off the practice squad for two games in 2021. He had six tackles and two quarterback hits.

Find Out: Michigan, Alabama and 23 More of the Most Expensive College Football Programs

Brandon Powell was a late-season acquisition by the Rams and he proved to be a salary-cap bargain. He played in six games on special teams, returning six punts for 133 yards and a touchdown and eight kickoffs for 208 yards.

The Bengals activated Trent Taylor from the practice squad for late-season games, and he made two receptions for 41 yards. The Rams also put him to work as a punt and kickoff returner.

Grant Haley is on the active roster ahead of Super Bowl XVI. He was cut by the Saints after spending the preseason with New Orleans, then landed on the Rams roster. He was elevated late in the season and stuck.

Fun Facts: How Rich Are Patrick Mahomes and These Other Past Super Bowl Winners?

The 6-foot-5 offensive lineman was elevated from the practice squad for one game in the regular season. He played on 17 offensive snaps in the game.

A three-year member of the practice squad, Trayvon Henderson had his career highlight when he recovered a fumble and returned it 29 yards for a touchdown in the regular-season finale against the Cleveland Browns.

Jake Gervase spent most of the past three seasons on the Rams’ practice squad, but his persistence paid off. He is on the Rams’ Super Bowl roster.

Did You Know: The Highest-Selling Football Memorabilia of All Time

The Bengals elevated Jake Browning for the final game of the regular season to serve as a backup as franchise quarterback Joe Burrow had the game off for rest. Burrow won’t be missing the Super Bowl.

Read: What Is Tom Brady’s Net Worth at the Time of His Retirement?

Methodology: To find the 10 lowest-paid players in this year’s Super Bowl (LVI), GOBankingRates used Spotrac’s team cap tracker for the 2021 season for both the Cincinnati Bengals and the Los Angeles Rams. GOBankingRates then combined the two teams’ active rosters and sorted in terms of (1) total cap hit with the 10 lowest-paid players being included in the final list. For the “top” 10, the following were found along with total cap hit: (2) player name; (3) team played for; (4) position; (5) base salary; (6) signing bonus; (7) roster bonus; (8) workout bonus; (9) restructure bonus; and (10) any miscellaneous bonuses. All data was collected on and up to date as of Jan. 31, 2022.