It pays to be an NFL quarterback. And companies that quarterbacks sell, too.

Signal callers dominate the list of 15 NFL players who made the most money from endorsements in 2020, GOBankingRates has found. Eleven of the 15 are quarterbacks, with two running backs and two receivers rounding out the list. It doesn’t pay to play defense, apparently.

Did You Know: Here’s How Rich Every NFL Team Is

The average in endorsements for 2020 is impressive, at $4.7 million per year. However, that’s only a small part of the average total of earnings of $34.95 million for these players. It’s important to note that the endorsement and salary information for this list came from Forbes’ 2020 list of the world’s highest-paid athletes, which used earnings information from June 1, 2019, and June 1, 2020.

The top three players on the list are no surprise, as they’re among the biggest names in sports. However, the distance between the top three and the rest of the list is unexpected. Read on to see the list. Did You Know: 13 NFL Players Who Lost Millions Read More: Here’s the Highest-Paid NFL Player in Every Position Fun Facts: The Highest-Selling Football Memorabilia of All Time Read More: The Richest Athletes in the World Find Out: The 50 Best Rookie Deals in NFL History Read More: Career Earnings of Every Top NFL Pick Since 2000 Read More: The NFL Players Who Are the Smartest With Their Money Find Out: The Biggest Bargain on Every NFL Roster 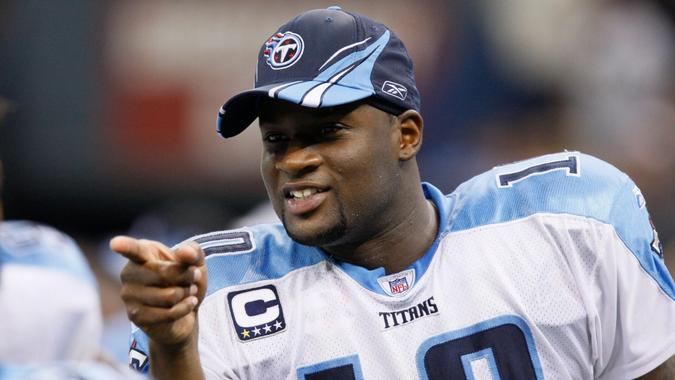 See how Vince Young, Terrell Owens and others lost big.