Financial Winners and Losers in Sports in 2021 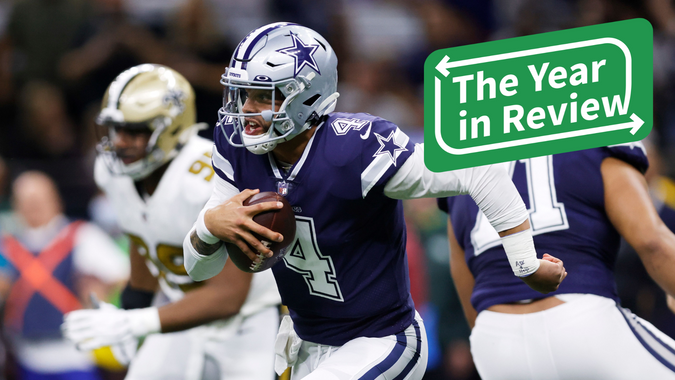 A quick online search is all it takes to find out the reigning Super Bowl winners (Tampa Bay Buccaneers) or NBA champions (Milwaukee Bucks). But figuring out the financial winners and losers from 2021 takes a little more work. Some coaches and players cashed in big this season, and some teams got way too little bang for their (millions of) bucks.

See: How Rich are Michael Jordan, Alex Rodriguez And 13 More Incredibly Wealthy Retired Athletes?
Find Out: Most Successful Athlete From Every Decade

Who won and lost, finance-wise, in 2021? GOBankingRates.com takes a look.

Lincoln Riley: College football powerhouses have been on a spending spree lately, with no one reportedly shelling out more than USC. The Trojans have lured Lincoln Riley from Oklahoma, where he won three Big 12 championships in four seasons. USC reportedly is giving Riley a 10-year, $110 million contract, which is the first-ever nine-figure deal for a college football coach.

Brian Kelly: The day after Riley signed, Kelly left historic powerhouse Notre Dame to jump to LSU for a 10-year, $100 million deal. It’s quite a surprise after Kelly had been the head of the Fighting Irish program for 12 years.

Mel Tucker: Michigan State gave Tucker a 10-year, $95 million deal, which was the largest extension ever given after less than a full season. Suffice to say Tucker cashed in.

Learn More: How Rich Are Tiger Woods, Jordan Spieth and 43 More of the Wealthiest Golfers of All Time?

Max Scherzer: Scherzer signed a whopping three-year, $130 million deal with the Mets on Nov. 29. His average salary of $43.3 million blows away the previous annual high of $36 million that Gerrit Cole got from the Yankees. Pretty good for a 37-year-old pitcher.

Corey Seager: Scherzer wasn’t the only baseball player to cash in on free agency before the MLB lockout. The Texas Rangers signed Seager away from the Dodgers for a 10-year, $325 million deal.

Dak Prescott: In a contract that had been negotiated for what seems like years, the Dallas Cowboys gave Prescott a four-year, $160 million deal, a year after the franchise had placed the franchise tag on him, essentially forcing him to stay with the club for that season. Prescott isn’t upset now, though.

Kawhi Leonard: Leonard signed a four-year, $178 million deal with the Clippers, cashing in and also giving his franchise some salary relief (he could have demanded a five-year deal.)

Bryce Young: The Alabama freshman quarterback, 19, has a deal with Cash App that is reportedly worth nearly $1 million. We don’t know the exact amount, but Crimson Tide coach Nick Saban called it “ungodly numbers” because of the Alabama brand.

Roger Goodell: The NFL commissioner earns a spot on the “winners” list because, according to The New York Times, he made nearly $128 million over the past two years.

New York Giants: Big Blue is struggling again this season, in last place in the NFC East, and it just pours salt in the wound that the Giants’ big free-agent acquisition, Kenny Golladay, has not performed well, with no TD catches through eight games. Golladay signed a four-year, $72 million deal in the offseason.

New York Mets: Ah, $202 million doesn’t go as far as it used to, does it? Under new owner Steve Cohen, the Mets put together a $202 million roster, and finished 77-85 and missed the playoffs

Los Angeles Dodgers: Normally, a team would say that reaching the National League Championship Series is a success. But the defending World Series champion Dodgers went all in to try to repeat, putting together a $271 million payroll, and so they land a spot on the losers’ list.

Need To Know: Who’s Richer: These Sports Stars or Their Significant Others?

Los Angeles Lakers: Led by their superstar trio of LeBron James, Anthony Davis and Russell Westbrook, the Lakers are $52.9 million over the salary cap and hovering around the .500 mark in the standings.

Andre Drummond: The center signed a one-year, $2,401,537 contract with the Philadelphia 76ers this offseason. That sounds good, until you realize that he made $28 million per year on his previous deal. That’s quite a pay cut!