What Is Carli Lloyd’s Net Worth? 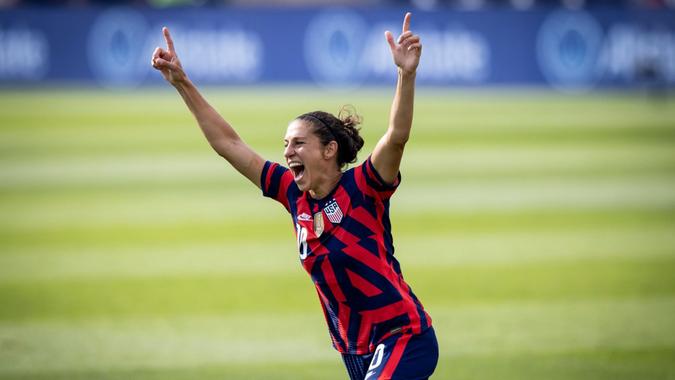 Along with 36-year-old Megan Rapinoe, 39-year-old Carli Lloyd is part of the nucleus of the national team’s old guard. And although she has now announced her retirement, there was no slowing the famous workhorse down while she played. Just minutes after the U.S. team’s devastating loss to Canada, Lloyd was seen doing sprint drills in the background during a media interview with Rapinoe.

Lloyd, a legendary veteran of the NJ/NY Gotham FC, is a four-time Olympian with gold medal-winning goals in multiple games. In March, Casino.org reported Lloyd to be the highest-paid female soccer player in the world with an annual salary of $518,000.