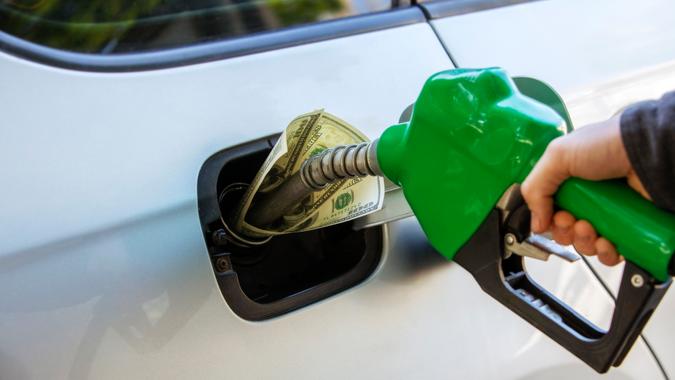 If you’ve been enjoying those falling gas prices over the last few months, then now is a good time to fill your tank. Prices at the pump could soon start moving higher, according to AAA.

See: Everything’s Bigger in Texas — Including Taxes, Which Are Outpacing California
Discover: 8 Best Remote Jobs That Pay at Least $50 an Hour

In an article published on Monday, AAA noted that the national average gasoline price fell by 4 cents in the past week to $3.67 a gallon. That was the smallest weekly decline in months — a possible sign that the streak of daily falling national average gas prices is nearly finished after 100 days.

“All streaks have to end at some point, and the national average for a gallon of gas has fallen $1.34 since its peak in mid-June,” AAA Spokesperson Andrew Gross said in a statement. “But there are big factors tugging on global oil prices — war, COVID, economic recession, and hurricane season. All this uncertainty could push oil prices higher, likely resulting in slightly higher pump prices.”

As previously reported by GOBankingRates, many industry watchers expect gas prices to rise during the last couple months of 2022 because of a convergence of different events that will affect the price of oil.

One of those events is the end of releases from the U.S. Strategic Petroleum Reserve, which are scheduled to stop on Nov. 1, 2022. Another is the European Union’s plan to implement an embargo on Russian crude beginning on Dec. 1, which will tighten globally supplies even further.

Meanwhile, a severe hurricane season could disrupt oil production and supplies and lead to a spike in oil prices, but so far that hasn’t happened. Although Hurricane Fiona is currently battering parts of the Caribbean, it is expected to miss the U.S. East Coast, according to Weather.com. Fiona was the third hurricane of the 2022 Atlantic hurricane season, which is considered a low number.

Take Our Poll: Are You Struggling To Keep Up With Your Utility Bills?
See: Unplug These Appliances That Hike Up Your Electricity Bill