The 6 Most Affordable Electric Vehicles 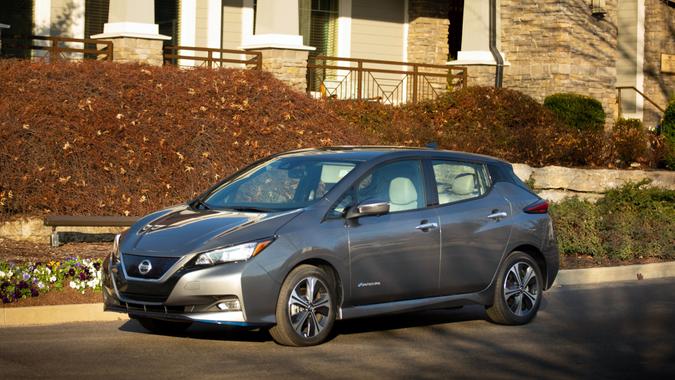 With supply chains starting to open back up and inventories beginning to recover, frustrated buyers are beginning to give car shopping a second chance. If you’re one of them, and you’re in the market for an EV, 2022 is shaping up to be the most exciting model year on record. The race is on among every major automaker to make the fully electric car, SUV and now even pickup truck for the masses — but most electric vehicles are still quite pricey to buy.

Find: States With Electric Vehicle IncentivesAdvice: 17 Hidden Auto Costs Your Dealer Will Never Tell You About

About a half-dozen EVs, however, now have MSRPs under $40,000. Five of them are less than $35,000 and two are under $30,000. When you factor in the $7,500 federal tax credit and the local incentives that some states offer, a handful of EVs are well within reach of the common person.

The Tesla Roadster came first in 2008, but in 2011, the Nissan Leaf became the first fully electric vehicle mass-produced by a major manufacturer. More than a decade later, the Leaf stands out as the most affordable EV on the market — sub-$20,000 with federal tax credits on a qualified Leaf S. Two trims start under $30,000 even without the federal credit.

It’s got a carefree range of 226 miles — but only with the larger 62 kWh battery, which delivers 214 horsepower. The smaller 40 kWh battery has a range of 149 miles and comes with 147 horses.

The Leaf opens up nicely with 23.6 cubic feet of cargo space and a 60/40 rear split. It’s not a perfect EV, but the Leaf has been almost universally heralded for its impressive suite of standard driver-assist and tech features.

Inside, it now has ambient lighting, a big 8.8-inch touchscreen, a brand new digital cluster and a redesigned steering wheel and air vents. In terms of looks, it’s unmistakably Mini, and despite the lack of an engine, it’s as fun to drive as its nameplate would have you believe.

With an EPA-estimated range of 259 miles, the Bolt EV is built for distance, and its newly designed look has a more grown-up appearance than its toylike predecessors. Its one-pedal driving has been lauded as zippy and fun — the Bolt can accelerate from 0-60 mph in 6.5 seconds. The Chevy Safety Assist suite of features comes standard on the roomy Bolt, which seats five and offers 36 inches of legroom in the rear.

The standout feature, however, is the price tag. The Bolt became a whole lot more affordable when Chevy slashed the price by $5,500 compared to last year, according to CNET. Also, Chevy will help cover the cost of installing a home charging station.

Mazda’s first fully electric vehicle debuted at the 2019 Tokyo Motor Show, and although it’s not quite as cheap as the Chevy Bolt, it’s one of only a tiny handful of EVs that comes in under $35,000. It’s actually a hair cheaper than the Bolt EUV.

Although its Rapid Charge technology will get you an 80% charge in 36 minutes, that’s 80% of a full charge that will take you only 100 miles. That minuscule range hems the MX-30 in as a commuter car almost exclusively, but if you don’t travel far, it’s a beautiful vehicle that’s sleek and curvy on the outside with an interior that has a premium feel.

Like most automakers, Mazda isn’t offering any great deals on EVs right now, but returning owners and lessees can get $500 toward their new purchase, as can military personnel, disabled drivers and a few other specific populations. It also comes with a $500 ChargePoint credit.

The 2022 Hyundai Kona Electric is much cheaper than last year’s model after the Korean automaker lowered its price by $3,390, according to Kelley Blue Book (KBB). The compact crossover SUV boasts an impressive range of 258 miles, a spec that’s matched by its more-than-sufficient 201 horsepower. KBB gives the Kona EV accolades for its many standard safety features — cool tech features like Apple CarPlay and Android Auto also come standard.

Although there aren’t a lot of incentives beyond the federal tax credit, Hyundai estimates the Kona Electric will save you more than $4,000 in fuel costs over five years.

Unless you separate the Chevy Bolt EV and Bolt EUV, there are only a half-dozen electric vehicles on the market with MSRPs under $40,000, which is the price point that forces automakers to start competing with Tesla. The sixth and final spot on the list goes to the Kia Niro EV, which just squeezes in with 10 bucks to spare.

Its 293-mile range at this price is impressive and it qualifies for HOV lane privileges in some states as an added bonus. For budget-minded buyers, the Niro EV comes with a very reassuring 10-year, 100,000-mile warranty.