Few things strike abject terror into the hearts of young parents more than an honest accounting of what college tuition is projected to cost by the time their child is ready to attend. And that’s with good reason — average tuition at a public four-year university is almost four times higher than what it was in 1971. In fact, the inbound freshman for the fall of 2018 will have tuition bills that are almost double, on average, than the year they were born.

With cost increases like that, any parent should start making a plan of action for saving for college, and that plan is going to need to include investing. After all, tuition might be up 100 percent in the last 18 years, but the S&P 500 clocked gains in excess of 90 percent over that same period. And, fortunately for parents, there are a number of tax-advantaged college savings plans you can use to help take advantage of the markets to cover the costs of college.

Read on for a look at some of the best college savings plans.

One of the most popular methods for saving for college is 529 plans, named for the section of the Internal Revenue Code that defines them. What is a 529 plan? It’s like a Roth IRA, allowing investors to deposit after-tax money into the account and avoiding paying any capital gains taxes on its growth provided they use the money for approved education expenses that can include everything from tuition to room and board to a new computer.

Find Out: Reasons Why a 529 Is the Best Baby Shower Gift

Using a 529 plan comes with few limitations, provided that you do pay for a child’s college education. The plan is technically owned by the parents and not the child, helping avoid pitfalls when applying for financial aid.

There are some important limitations, though. While there aren’t 529 contribution limits, per se, you might owe gift taxes if you contribute more than $14,000 in a single year. Likewise, there are additional tax penalties should the money not go to education expenses.

A Roth IRA is typically used for retirement, but you can withdraw funds prior to age 60 without incurring tax penalties should the amount not exceed your “qualified higher education expenses” for the year. In short, the money you put in your Roth IRA can have multiple uses beyond just retirement. Paying for college is one of them.

In many ways, that makes a Roth an appealing alternative, especially given that you can use the funds for more than just college like a 529 plan. And, just like a 529 plan, you contribute after-tax income and subsequently avoid paying taxes on capital gains. That said, you’re limited to just $6,000 in contributions per the calendar year, so many parents might need additional options in conjunction with their Roth IRA.

The rules on pulling money out of an IRA early for tuition costs are the same for Roth IRAs and traditional IRAs, so you can also use your IRA for college costs. However, the advantages are different, given that you contribute pre-tax money and pay normal income taxes on any withdraws even when you avoid the additional 10 percent penalty. It’s also important to keep in mind that the $6,000 limit on IRA contributions in a given year is for the combined amount contributed to any traditional or Roth IRAs.

Prepaid tuition plans are the other form of 529 plans available, wherein a parent can pay for tuition now and lock in the present rates. If you contribute a full semester’s tuition, you’ll earn a semester’s worth of tuition whenever your child does attend college, potentially locking in huge savings given the rapid rate at which the cost of college is increasing.

Unlike 529 savings plans, the money in the plans can only be used to pay tuition and fees and not for other college expenses. There are 11 states that currently offer 529 prepaid tuition plans, and each one has its own unique traits, so it’s important to research the details for your state before diving in.

In addition, there are some other things to keep in mind before using a prepaid tuition plan. Opting for one in lieu of a college savings plan could backfire if tuition rises slower than your investment returns, making it important to think ahead and potentially diversify your options. What’s more, if your child ends up wanting to attend a college not covered by the plan, you can usually recover your plan money but you won’t be able to keep the guaranteed tuition.

Get advice from real people — like things you need to know before paying for college.

Coverdell Education Savings Accounts were created in 1998 and used to be known as an Education IRA before they were renamed after Senator Paul Coverdell who sponsored the legislation that created them. They’re very similar to 529 plans with some additional benefits, namely that you can use the money for education expenses prior to college, like private school tuition. In some states, private school costs less than a public school.

However, while the plans still exist, they’ve been made largely irrelevant by the 2017 tax change that expanded 529 plans to include K-12 tuition expenses. However, there are still some differences that could matter to some families — most notably that 529 plans can only be used for K-12 tuition while Coverdell ESAs can be used to pay for other K-12 education expenses not covered by a 529. It’s important to note that contributions to a Coverdell ESA are limited to just $2,000 a year, though.

For those parents who are unsure that their children will want to attend college but still want to set them up to do so, a custodial account — a fund created for a minor that they can take control of when they reach a certain age — can be a solid solution. There are two types of custodial accounts — as defined in the Uniform Gifts to Minors Act (UGMA) and Uniform Transfers to Minors Act (UTMA) — with the primary difference being the types of assets you can include. A UTMA account allows for virtually any kind of asset to be given to the beneficiary while UGMA accounts are limited to cash, securities and insurance policies.

While custodial accounts have a lot more flexibility, they have fewer tax advantages. The $14,000 a year limit before incurring gift taxes still applies, and only the first $1,050 in withdrawals is tax-free for beneficiaries under the age of 19 or under 24 and a full-time student. After $2,100, withdrawals start getting taxed at the custodian’s tax rate.

Read more about creative ways to pay for college.

More on Saving Money for Education 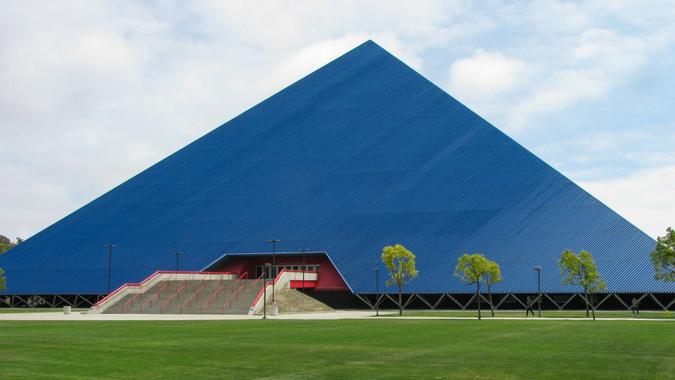 Plenty of top colleges in the U.S. don't cost an arm and a leg.