Starbucks to Phase out Single-Use Cups — Will It Save You Money? 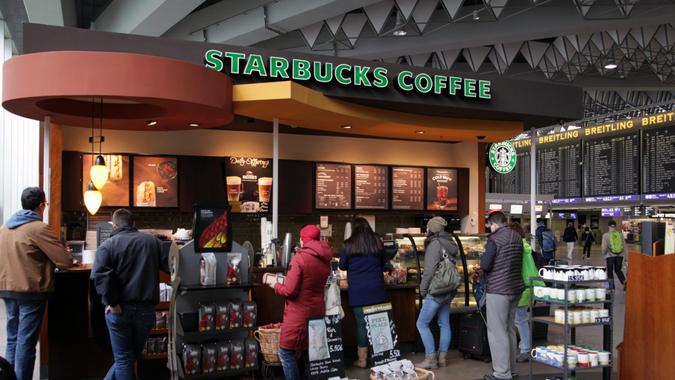 Starbucks is taking steps to reduce the number of their disposable cups that typically end up in landfills or as litter on the street. The Seattle-based company aims to “create a cultural movement towards reusables” by 2025, per The New York Post.

See: Starbucks Net Worth: How Much Is Starbucks Worth and Is It Worth Investing?
Find: Stock Watch: McDonald’s, Starbucks and Coca-Cola After Ceasing Business in Russia

Starbucks plans to allow customers to use their own reusable cups at every location in the U.S. and Canada by the end of 2023, CNN says, even if they order ahead or use the drive-thru. The New York Post noted that this is part of an effort to become a “resource-positive company,” according to Starbucks chief sustainability officer Michael Kobori.

“Our cup is ubiquitous, and we love that,” said Kobori, as reported by CNN. “But it is also this ubiquitous symbol of a throwaway society.”

Starbucks isn’t completely ditching paper and plastic cups, but is trying to make these a less attractive option. The chain is also testing discounted prices for customers who use a Starbucks ceramic mug in stores.

“We’re testing an incentive on the personal cup to go up from where it is today — from 10 cents to 50 cents,” said Amelia Landers, a vice president of product experience whose team is responsible for sustainable packaging at Starbucks, per CNN. “We are also going to be testing a disposable cup fee.”

The company is considering a widespread borrow-a-cup program, where customers pay a deposit to use a durable cup which is returned after the drink is finished. For this test, CNN noted that Starbucks charged a $1 deposit, which was returned after the cup was placed in a smart bin located in the store. Customers also earned rewards for using the cup.

Learn: This Fast Food Joint Has a Unique Way of Handling Hiring Problems
Explore: 10 Ways To Pay Less at Starbucks

Although customers may get a small discount for using reusable Starbucks mugs, The New York Post reported that the chain has been dealing with the impact of inflation and plans to raise prices in 2022 to offset some expenses.