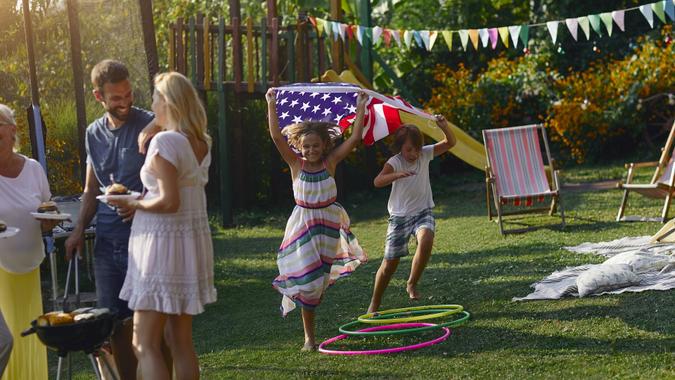 Independence Day, celebrated on the Fourth of July, is nearly here in the United States. Along with it comes an increase in consumer expenditures, particularly around food, beverages and patriotic paraphernalia. While 2020 was a lighter year for celebrations due to the pandemic, signs point to increased spending in 2021.

See: The Best Fourth of July Sales: Deals at Best Buy, Home Depot, Wayfair and More
Find: How Spending Money in These 10 Ways Will Actually Make You Happier

Here, we will take a look at the spending habits of Americans during this holiday, according to data gleaned from the National Retail Federation (NRF). It has conducted an annual Independence Day survey using Prosper Insights & Analytics since 2003. For the 2021 survey, it polled 7,893 consumers between June 1-9.

Food Is the Name of the Game on Independence Day

Consumers are largely spending money on food during this holiday, and it’s no surprise: Historically, Americans have spent $7.52 billion in food purchases on Independence Day alone (including beverages).

Study: Cities That Spend the Most — and Least — on Groceries

The Cookout Is King

Also not surprising, the primary way people plan to spend this holiday is on cookouts and barbecues. For men, 62% say they’ll be preparing the grill, while women are close behind at 60%. Fewer than 10% of either men or women plan to celebrate by attending a parade — perhaps out of leftover anxiety due to the pandemic.

Economy Explained: What Is Durable Goods Spending and What Does It Signify?

Patriotic Items Also Get Some Play

Consumers aren’t stopping at just food shopping. They also plan to spend money on additional patriotic items. Among men, 33% say they’ll buy the patriotic items we associate with July Fourth, such as bunting, flags and sparklers. Meanwhile, 25% of women say they’ll do the same. Over 50% of men and women say they already own an American flag and almost 60% of women — and nearly 50% of men — have previously purchased Independence Day-themed apparel.

However you’ll be spending your money, celebrations will ensue: 84% of survey respondents say they’ll be celebrating Independence Day this year (up from 76% in 2020).