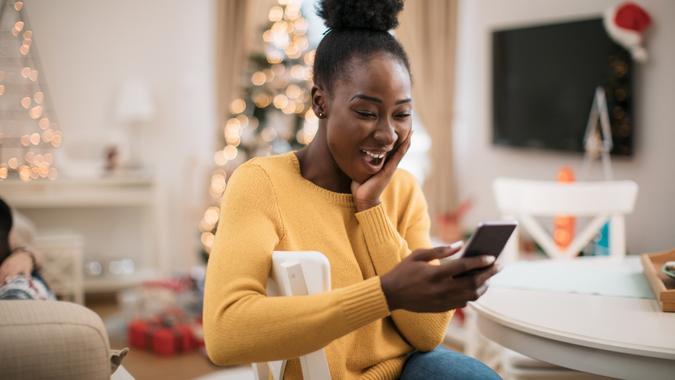 Holiday shoppers are most likely to reach for their credit or debit card this year at the checkout line, but a large share of adults intend to use “buy now, pay later” (BNPL) methods to cover at least some purchases, according to a new survey.

The Morning Consult survey found that one in five adults plan to use BNPL this holiday season, and another 16% are undecided. These figures come against the backdrop of the fact that 54% of adults say they are worried about their holiday finances.

The generation that leads the planned BNPL usage for the holidays is millennials, with 38%. While 21% of Gen Z adults say they are planning to use BNPL this holiday season, over a quarter are still undecided on how they’ll pay. Millennials are also leading in terms of awareness, as they have passed the 50% mark for recognition of major BNPL players, and Gen Z is close behind, according to the survey. This data underscores that it’s only a matter of time before BNPL is cemented as a common payment method for younger generations.

“I’d argue that we’re already there. BNPL was used for about $100 billion worth of transactions last year, and it continues to grow rapidly. In terms of usage and awareness, BNPL has hit the mainstream, and recent developments such as Affirm partnering with Target and Amazon add further legitimacy and scale,” Ted Rossman, senior industry analyst at CreditCards.com, told GOBankingRates.

Rossman further explained that the appeal of BNPL is that many people view it as a more responsible form of financing than credit cards because it involves a fixed term and a potentially lower cost. “The most common is four interest-free payments over six weeks, although sometimes these plans stretch on for longer, with or without interest,” he elaborated.

Related: How Much Your Holiday Spending Could Cost You If You Don’t Pay Right Away

In addition, BNPL plans can be easier to obtain than credit cards, which is appealing for people with lower credit scores or those who are new to credit and may not have a credit score at all. “Some people really like knowing exactly how much they owe and for how long (in contrast to open-ended credit card debt which can drag on for a long time and accrue a lot of interest, especially if you only make minimum payments),” Rossman stated. “There’s also an appeal to separating various purchases into distinct payment plans — ‘unbundling the credit card,’ as Affirm CEO Max Levchin is fond of saying — which provides more clarity than using a larger line of credit that blurs lots of different purchases together.”

However, there are some potential negatives that people should be aware of, including overspending. “BNPL plans are so easy and enticing that some people overdo it. For instance, with BNPL, a $200 purchase may not feel like $200 anymore if it’s split into four installments of $50,” Rossman explained, adding that BNPL also isn’t very regulated and some customers complain that they don’t have the same dispute rights as credit card users. A particular pain point can be returns, as sometimes the BNPL provider still wants its cut even after a customer has sent the item back to the retailer.

While many BNPL plans are interest-free, sometimes these charge even higher interest rates than credit cards — up to about 30% depending on your creditworthiness, the service you’re using and the merchant. “Make sure to check the fine print of your specific offer before committing. And most BNPL plans don’t help users build credit, so that’s another potential drawback,” he warned.

Shannon Vissers, retail analyst at Merchant Maverick, told GOBankingRtaes that since the major payment processor Square recently bought out BNPL giant Afterpay, “they are counting on GenZ adopting BNPL.” She added that the appeal to younger generations is surprising only in the sense that they are increasingly wanting to avoid debt at all costs. “But I think BNPL is simple and manageable enough that it is a more palatable type of debt for younger consumers, and perhaps they don’t even think of a BNPL as debt at all,” she surmised.

However, to be clear, BNPL is a loan. “Yes it is a short-term loan and it’s interest free if you follow all the rules, but if you are late on a payment the consequences are expensive and potentially credit-damaging,” Vissers confirmed.

Finally, the survey found that 5% of adults plan to use BNPL to cover most of their large gift purchases this year — the highest share across any category. The growth of BNPL players over the last year and a half has made many payment providers either invest in the space or develop their own similar offerings, the survey noted. Brands such as Affirm, Afterpay and Klarna can attribute their continued success to committed millennials and Gen Z as they look for new ways to manage their finances that differ from older generations.

Rossman said that while BNPL isn’t a particularly new concept, it really hit its stride last holiday season as e-commerce surged during the pandemic. BNPL providers have many prominent partnerships with retailers, especially online, and the pandemic has provided some tailwinds, with more e-commerce, more sensitivity to debt and a desire to avoid long-term financing, especially in a time of uncertainty when employment was not secure, he added.

See: Leading ‘Buy Now, Pay Later’ Platform Poised To Save Users $459 Million in 2021
Explore: Nearly Half of Middle-Class Families Can’t Afford All the Holiday Gifts They Want to Give This Year

“Even as the COVID picture has brightened, BNPL has continued to expand,” Rossman concluded. “Young adults, in particular, are drawn to the easy access, the online emphasis and the knowledge that there’s light at the end of the tunnel. Since so many young adults have student loans, they’re scared of taking on credit card debt. BNPL strikes many as a kinder, gentler form of financing.”