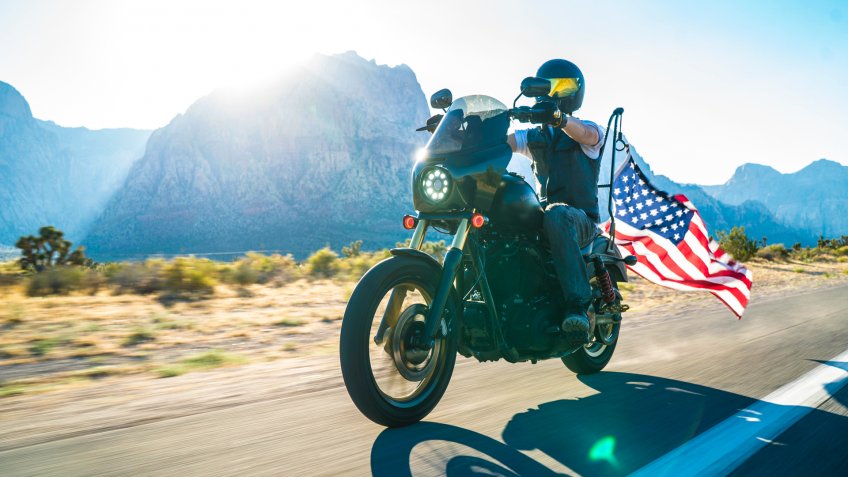 In June 2018, iconic American motorcycle manufacturer Harley-Davidson announced it would start producing some of its products overseas due to the tariffs imposed by the EU in retaliation to President Donald Trump’s trade policy. This June, Harley-Davidson launched a new partnership with a manufacturer in China to expand its overseas production.

The original announcement was controversial, and it’s easy to see why. From the car you drive to the jeans you wear, brands often make you feel a particular way about yourself — and that way might be more American. Although brand marketing can be incredibly effective, it often misleads people. Some products that have “American” as part of their names or slogans actually do very little assembling — if any — in the U.S.

You’ll find that some of these “American” companies are owned by corporations outside the U.S. Of course, that doesn’t mean their products are any less reliable. Click through to see a rundown of popular so-called American brands that manufacture products elsewhere in the world. 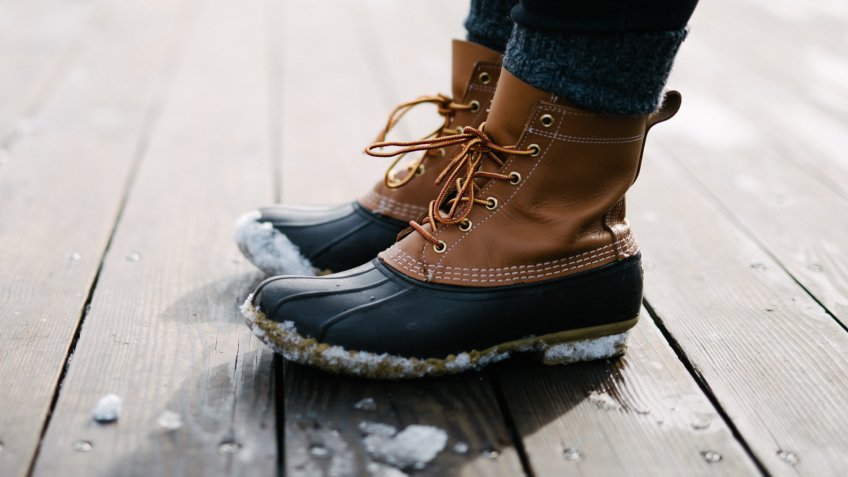 Retail company L.L.Bean flaunts itself as one of the few American brands that still operates a U.S. manufacturing facility. Although that’s true, many of the company’s products are manufactured in China, a fact that made headlines in 2017 after Trump encouraged people to buy its wares.

If you’re interested in buying L.L.Bean items that are “Made in the USA,” the signature L.L.Bean Boots and canvas Boat and Tote bags are manufactured in Maine, according to the company website. The brand is highly trusted, though it discontinued its stellar lifetime warranties in February 2018.

L.L.Bean faced challenges in 2017, including flat net sales and shipping problems, compared with a strong performance in 2016 with $1.6 billion in net sales, according to the privately held retailer. However, sales picked up again in 2018, reaching $1.6 billion in annual net sales. 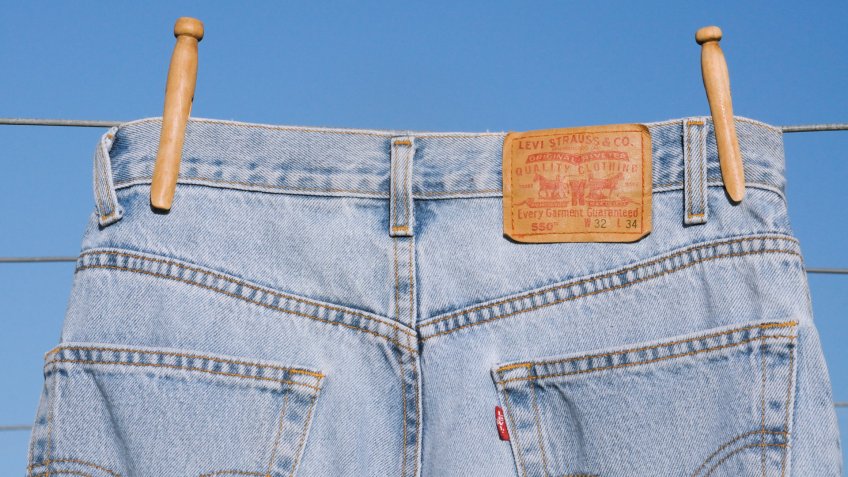 Levi Strauss has been a staple of American denim for generations. Its products are durable, making them a great pickup when you’re trying to save money on clothes over the long term. However, only particular styles are 100% American-made. In fact, a quick search on the company’s website produces just a handful of styles made from start to finish in the U.S.  The denim for these American-made products is sourced from North Carolina.

The rest of the “American” clothing brand’s apparel line, however, is made in countries such as Bangladesh, China, Mexico and Vietnam, among many others. 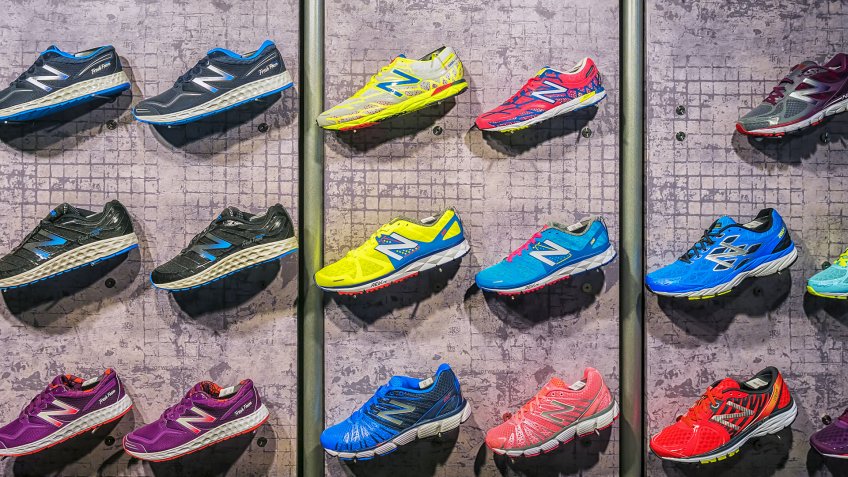 New Balance is another one of those so-called American brands that’s not entirely made in America. Its sneakers made in the U.S. represent only a fraction of total production, as most New Balance shoes are made in Asia, according to NPR.

If you want to buy “Made in USA” athletic shoes from New Balance, note that they come with higher price tags.

New Balance is a privately traded company. In 2017, the business earned $4 billion in revenue, according to Forbes. 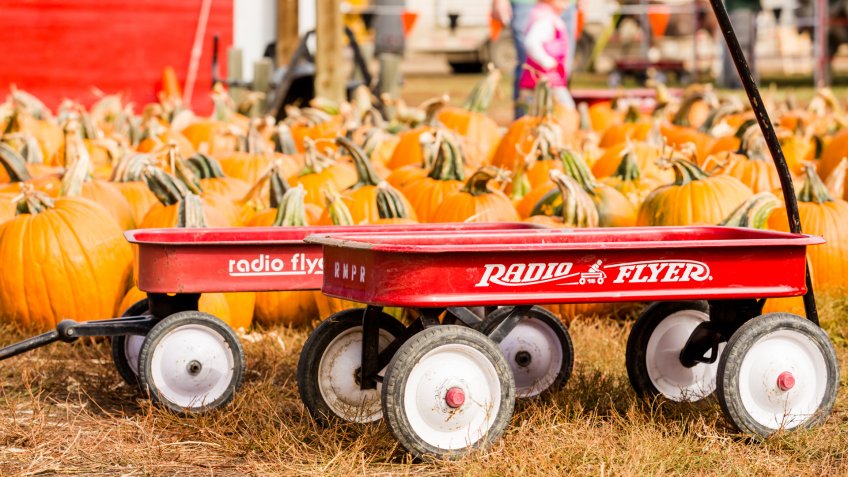 The red wagon helped make Radio Flyer one of the most iconic American brands. However, this beloved children’s toy is not made in the Chicago plant anymore. The famous red wagon has been a product of China since 2004, according to NBC News. Radio Flyer tricycles and scooters are also made in China, along with other assorted items. As of 2018, two-thirds of Radio Flyer’s products were made in China and the rest were made in a factory in Wisconsin, Forbes reported.

The company had approximately $120 million in revenue for 2018, according to Forbes. 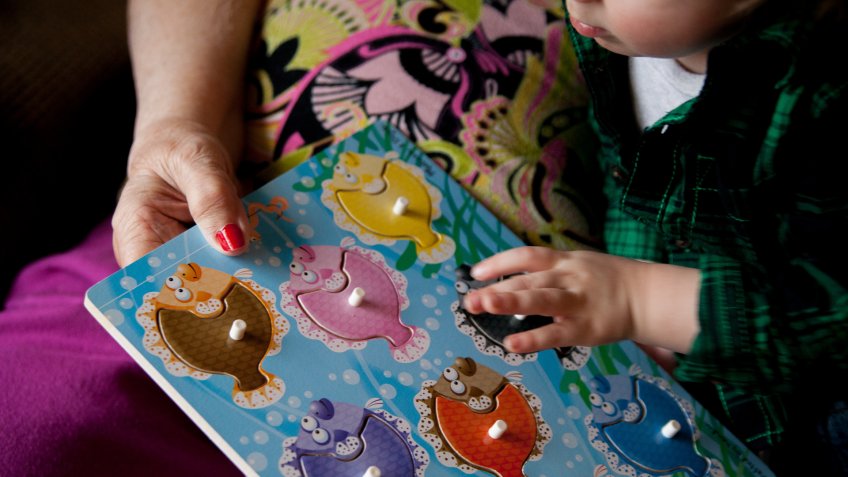 Melissa & Doug products can be found in many American households. The toy company made a name for itself by producing colorful wooden toys, games and puzzles and has achieved great success in today’s technology-driven world despite its relative simplicity.

Boasting a handcrafted feel, these toys might seem as American as Lincoln Logs, but they’re actually made in China. Still, parents can rest assured knowing the products are examined carefully for safety. The toys are tested multiple times, including by the founders Melissa and Doug and their children.

The company has an estimated annual revenue of $316.2 million, according to Owler. 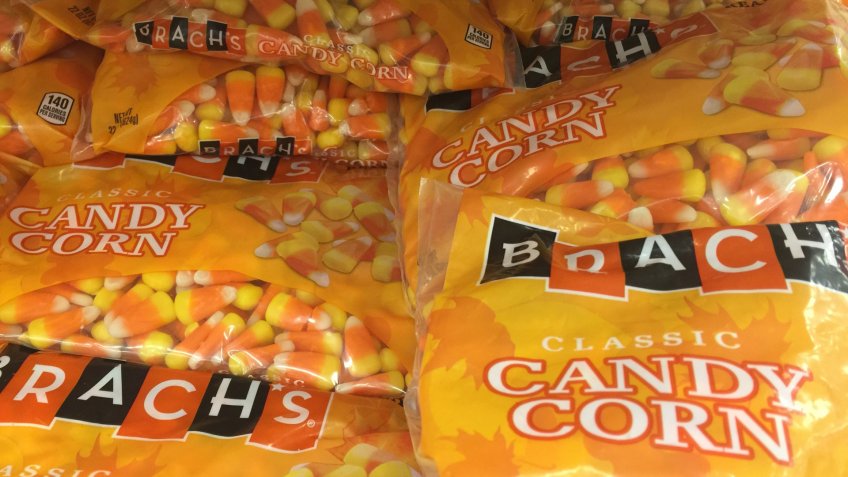 Famous for its caramels, Brach’s Confections has been a staple of American candy jars for more than 100 years. Although “America’s candy maker” graces the bag, in actuality some of these treats come from abroad.

In 2012, the candy brand merged with Ferrara Candy Company, which has production facilities in Mexico. To determine where the candy you buy is produced, you’ll have to read the back of the bag carefully, as there’s not a full disclosure on the company’s website. In December 2017, the Ferrero Group — which makes Nutella — acquired Ferrara Candy Company.

Brach’s Confections is a privately held company founded in 1904. No recent financial statements are available to the public. 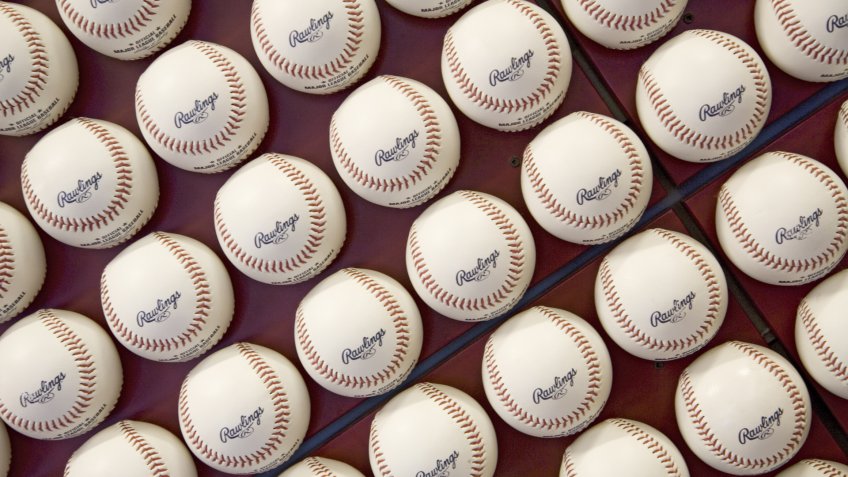 Baseball is practically synonymous with American culture, so you’d think those pricey souvenir baseballs at MLB games would be American-made. However, the manufacturer, Rawlings Sporting Goods, produces them in Costa Rica.

Workers spend 10 hours a day forming 108 stitches on every baseball, according to Reuters. The balls are then shipped to Miami, where they’ll eventually be used for only a few pitches each. 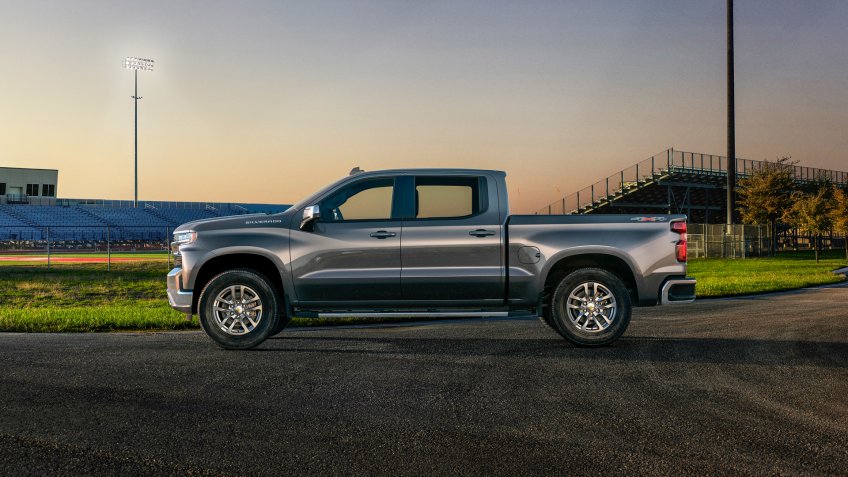 Some American automakers don’t deliver entirely on the American-made promise. The Chevy Silverado is among America’s best-selling vehicles, but its heavy-duty models are made across the border in Mexico, according to the Detroit Free Press. The automobile sold 291,074 units in 2018, according to data from Kelley Blue Book and Business Insider, making it the No. 2 best-selling vehicle in the U.S. behind Ford’s F-Series.

General Motors, which owns Chevrolet, had reported revenue of $34.88 billion for the first quarter of 2019. 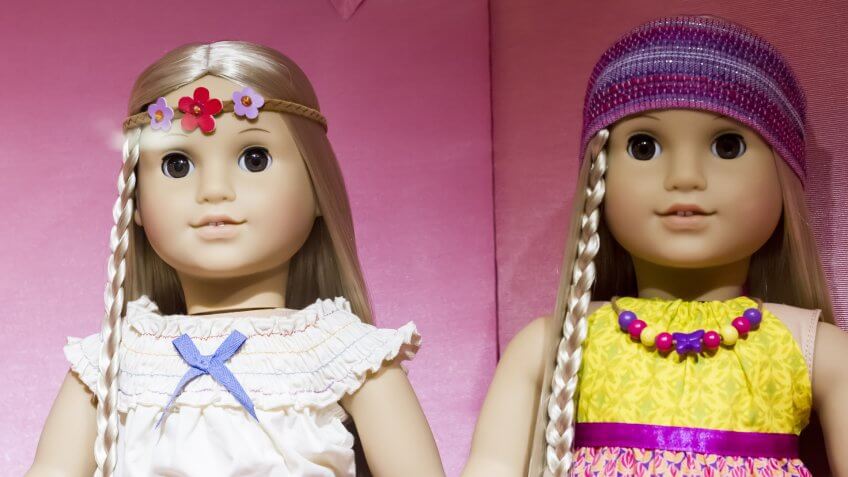 In retail stores across the country and boasting the word “American” in its name, American Girl seems like a company that would manufacture its famed dolls in the U.S. In actuality, these dolls are made in China, like many other products by parent company Mattel.

American Girl is based in Middleton, Wisconsin, with two warehouse and distribution facilities located there and a third located in DeForest, Wisconsin.

American Girl Brands, LLC, is a privately held company. In 2018, according to a press release from Mattel, American Girl worldwide gross sales were $342.4 million, down 28% from the previous year. 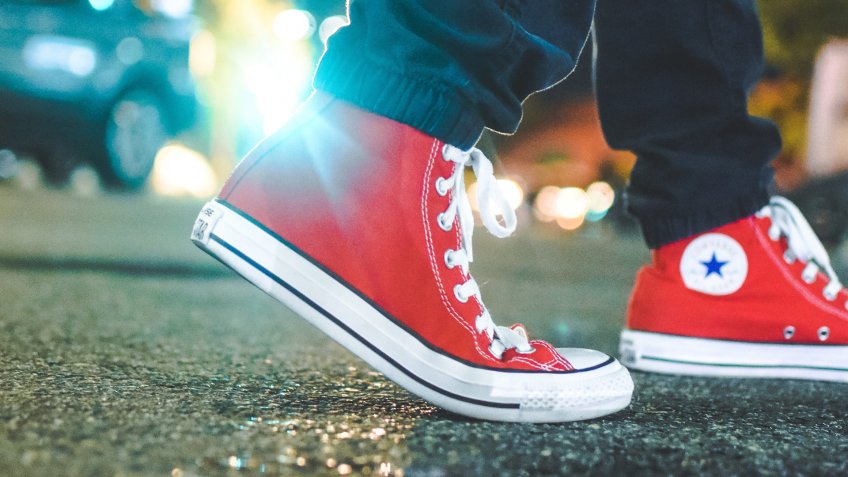 Although first worn by basketball players, Chuck Taylor All Star shoes quickly became popular among non-athletes. Buoyed by musicians and celebrities, this brand has been around since the early 1900s.

In 2003, Nike bought Converse; and the sports apparel giant has manufacturing facilities in dozens of countries, including China, India and Brazil. 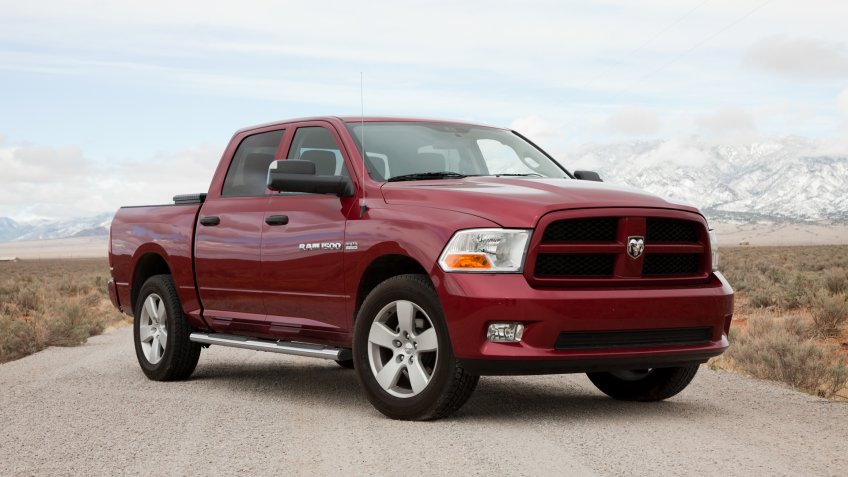 One of America’s most popular vehicles is actually made south of the border. Although some Ram 1500 models are built in Warren, Michigan, others are manufactured in Saltillo, Mexico. The Ram pickup truck sold 233,539 units in 2018, making it the third best-selling vehicle in the U.S., according to Kelley Blue Book and Business Insider. 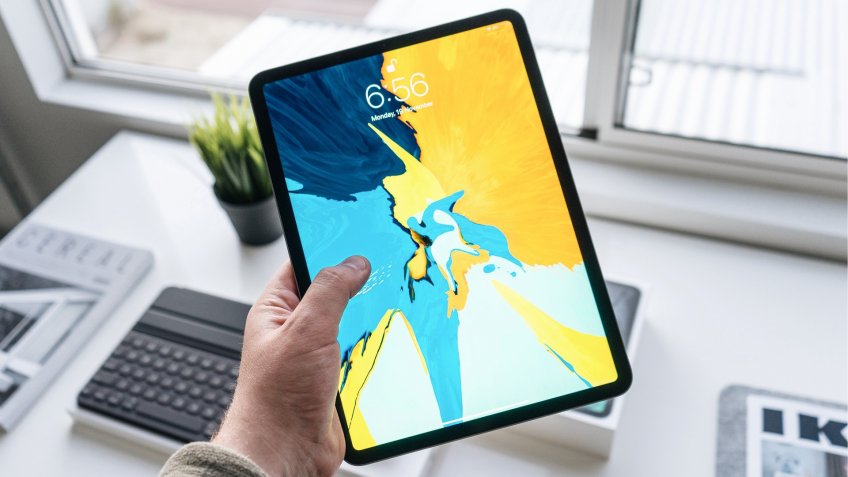 Apple is known for being an innovative brand. Recently, Apple teamed up with cultural icon Oprah Winfrey for a multiyear film and TV deal. But, that’s not what made the brand so popular.

The iPhone and iPad might feel as American as the pie that shares their company name, but that is not the case. Even though Apple has its headquarters in California, manufacturing is done in China. Apple shut down its last U.S. manufacturing facility in 2004, according to Bloomberg.

Although Trump promised to get Apple to produce its devices in the U.S. again, there is no evidence of this happening in the near future. Apple might shift some of its production out of China due to the escalating trade war, but the tech giant is considering Mexico and Southeast Asia for new locations — not the U.S., Nikkei reported. 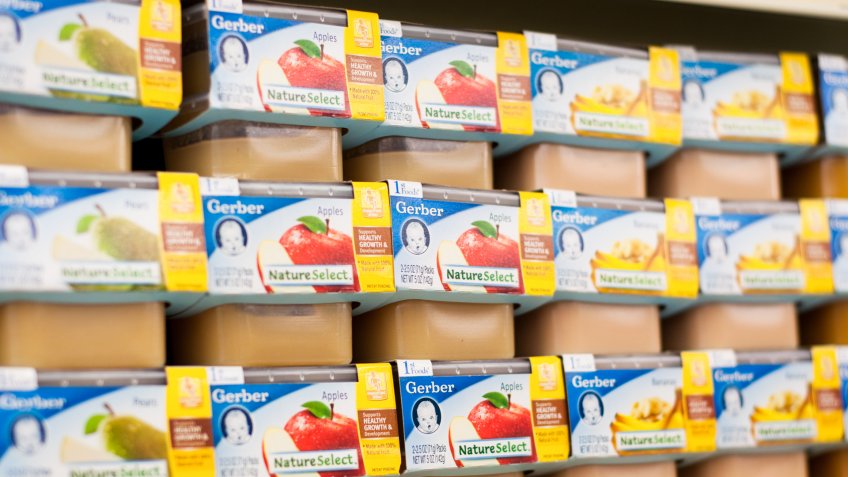 When you hear the word “Gerber,” you probably think of the cute Gerber baby pictured on every label. Dating back to the 1920s, Gerber was the first baby food sold in American grocery stores, making it something of an institution. However, these days it’s actually part of Nestle, the Swiss company best known for its chocolate.

Although Gerber does not disclose its manufacturing list on the website, Nestle states that the company has 413 factories in 85 countries. 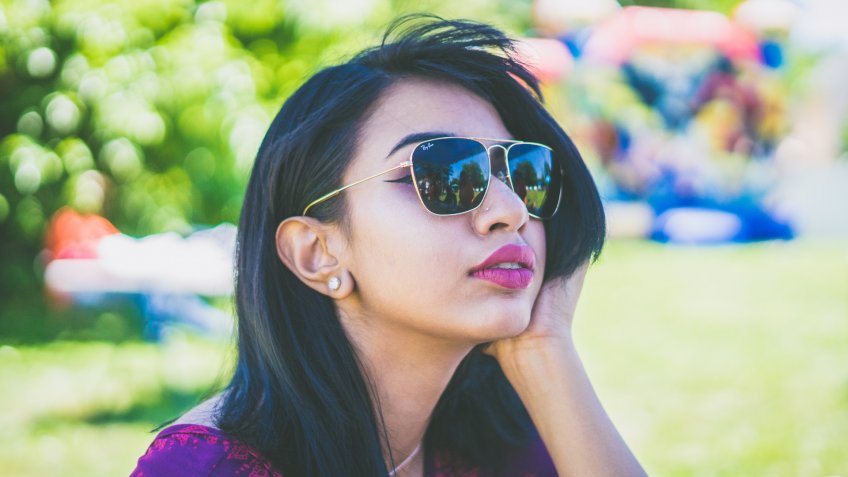 Ray-Ban is among the most recognizable sunglass brands around. And while the style is deeply ingrained in American culture, the brand’s products are actually manufactured in Italy and China.

The iconic eyewear was once made in the U.S., but Bausch + Lomb sold the brand to Italian eyewear company Luxottica in 1999. Most Ray-Bans are made in Italy, but some are produced in China, where Luxottica also has factories, according to FramesDirect.com. If you want American-made frames, you’ll have to find vintage Ray-Bans.

Gabrielle Olya contributed to the reporting for this article.
Last updated July 9, 2019. 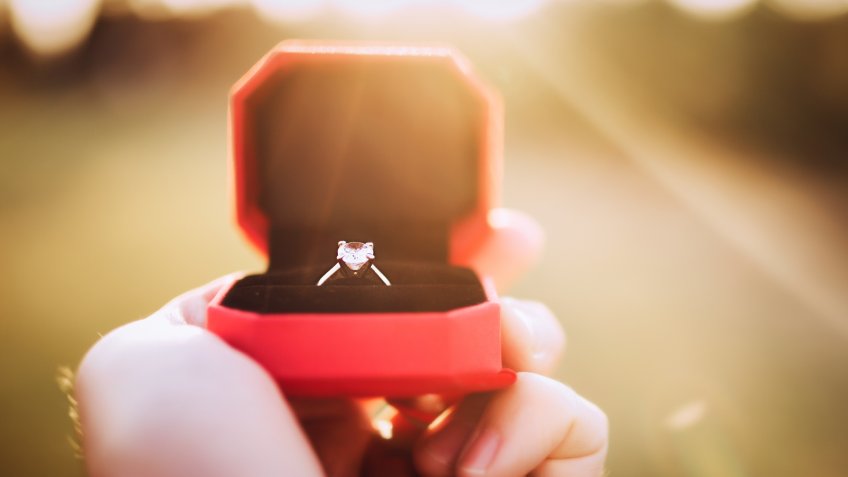 25 Things You Should Never Buy From a Stranger

Don't waste your time haggling with strangers over these items.