Does Dollar General Have Better Deals Than Dollar Tree? 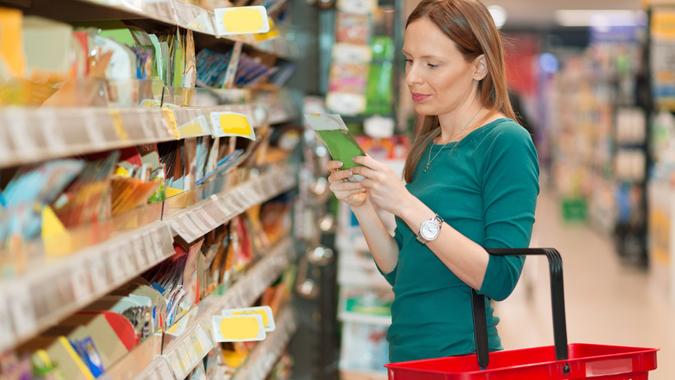 If dollar stores all thrive on a similar concept — selling goods at low prices — can one really be superior to another? It turns out the answer is yes.

See: 10 Items That Are Always Cheaper at Sam’s Club
Find: 22 Side Gigs That Can Make You Richer Than a Full-Time Job

Dollar General and Dollar Tree are the two largest dollar-store chains in the U.S., but they’re actually very different. Dollar Tree (which also owns Family Dollar) does, in fact, sell some items for $1 and some for $1.25, but Dollar General doesn’t align as closely with its name.

Yes, the store has deals, but sometimes for more than a crisp dollar bill. In fact, Business Insider found that most items at Dollar General cost $3 to $10. Even so, shopping here can still provide the best value — and perhaps the best experience.

When Business Insider visited a location of each chain in Brooklyn, New York, it reported that Dollar General was more inviting and cleaner, and it gave the option to buy in bulk or for combo prices.

Dollar Tree, on the other hand, appeared in disarray, with an “unsafe” situation of stacked boxes around the store, a messy appearance and open food items. The reporting also said Dollar Tree was more of a “treasure-hunt” experience with new assortments of items stocked weekly, which doesn’t always bode well for those needing consistent goods they can find easily.

Experiences aside, it appears that Dollar General has made recent investments and strategy changes that make shopping here even more worth it, according to The Motley Fool. For example, Dollar General is adding fresh produce to a number of stores, with the goal of eventually adding fruits and vegetables to more than 10,000 locations. That’s a significant advantage over Dollar Tree, which only offers freezer and boxed foods for the most part.

Dollar General is also honing in more on that coveted $1-and-under price point, especially as inflation surges and impacts so many American families. In second-quarter earning results reported by Dollar General, CEO Todd Vasos said, “The $1 price point was one of, if not the fastest-growing subcategory we had here at Dollar General.” CNN Business reported that many locations have been promoting these $1 buys, placing them in priority spots in stores and bolding or color-coding price tags so they stand out.

The other strategy the brand is tapping into is private-label foods and home goods to further provide affordable items and increase brand familiarity over time.

Another addition to Dollar General offerings has been in the healthcare and wellness arena. A recent initiative called DG Wellbeing brings more self-care products to the shelves. Some stores even have DocGo On-Demand, a mobile provider for preventative and urgent care, says Motley Fool.

Take Our Poll: Do You Tip for Service?
Discover: Do’s and Don’ts of Dollar Store Shopping

The new strategies make Dollar General more competitive with giants like Walmart and Target; as such, Dollar General estimates it will have 11% growth in sales this year compared to 2021 figures.