Now That You’re Divorced, Who Claims Your Child on Taxes? 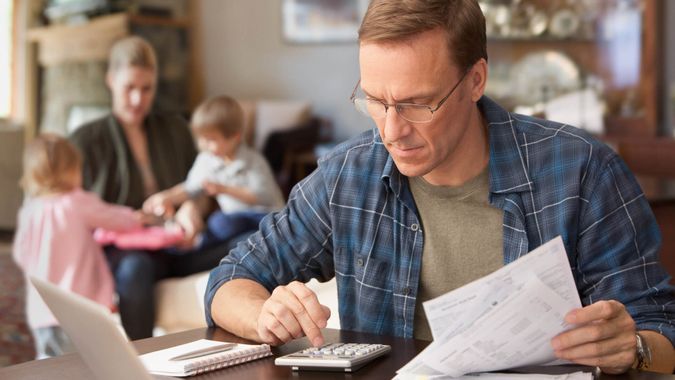 Divorce is always complicated, but divorce with kids is infinitely more so, especially when it comes to taxes. Unfortunately, according to the National Law Review, divorce rates during the coronavirus pandemic of 2020 were on the rise. The main tax issue for divorced parents is claiming dependents. Split-up couples might find themselves arguing over who claims the child on their taxes after divorce.

Tax year 2020 hasn’t brought any major changes to tax law for divorced parents, but things changed significantly with the implementation of the Tax Cuts and Jobs Act in 2018. Some of the most important changes were in regards to how divorced and separated parents can claim dependents. Here’s what you should know about filing taxes this year and beyond as a single or divorced parent.

Claiming Children on Taxes When You’re Divorced or Separated

Knowing who claims the child on taxes when parents share custody is more complicated than sole-custody situations. When a divorce allows for joint custody and long-term vacation visits, you need to understand which parent has primary custody. Here’s more information on filing taxes after divorce.

When filing taxes, a child belongs to the custodial parent — the parent who has custody the greater part of the year. The other parent is called the noncustodial parent.

The custodial parent gets the bulk of the tax breaks, especially if they file as head of household. A divorced or single parent filing as head of household qualifies for a tax rate lower than if you claim a filing status of single or married filing separately.As head of household, you might be able to claim certain credits such as the dependent care and earned income credit.

After meeting these conditions, the custodial parent can fill out and sign an IRS form to give the other parent some tax benefits. IRS Form 8332 Release/Revocation of Release of Claim to Exemption for Child by Custodial Parent transfers the right to claim the designated child as a dependent for the tax year to the noncustodial parent. The noncustodial parent must attach a copy of the form when filing their taxes.

When the terms of the divorce clearly identify a custodial parent — the parent who has primary custody of the child — that parent is legally entitled to claim the child as a dependent and receive any associated tax refunds if the child passes some qualifying tests.

Many parents have a 50-50 custody agreement but don’t have a written agreement regarding which of the parents claims the child on their taxes. Whether you have primary custody or joint custody of a child after divorce, the fact remains that only one person can claim the child on each year’s tax forms.

A common remedy for an exemption tug-of-war is for parents to alternate years when claiming a child so they each get the tax benefits every other year. In the event you have more than one child and are wondering how many kids you can claim on your taxes, you can divvy up the responsibility and split your dependents between you.

For example, if you have four children, you can select the same two children to claim every year. Or you can assign dependents to your ex for certain tax years if you don’t foresee needing the additional tax break.

As mentioned, as of 2019, a custodial parent who would like to share or alternate tax exemptions with their child’s mother or father must release the right to their exemptions. You may assign the exemptions to the noncustodial parent by signing the IRS Form 8332 Release Revocation of Release of Claim to Exemption for Child by Custodial Parent.

Find Answers: Can I Claim My Boyfriend or Girlfriend As a Dependent?

Claiming Children on Taxes: What Else Is New?

In 2020, the maximum child tax credit is $2,000 per qualifying child younger than 17 years old on Dec. 31. That’s up from $1,000 under prior tax laws. Dependents must have Social Security numbers, which must be listed on the tax returns. The tax credit begins to phase out at $200,000 of modified adjusted gross income for single filers and $400,000 for spouses filing jointly.

The personal exemption deduction for dependents has been suspended for tax years 2018 through 2025. Although the TCJA eliminates dependent deductions, the law makes up for this loss of tax savings by nearly doubling standard deductions. Take a look at the comparison table:

In general, tax credits are better than tax deductions. A tax credit is a dollar-for-dollar reduction in taxes, whereas a tax deduction reduces the income subject to taxes. Say, for example, your income is $15,000 and your tax deductions amount to $5,000. The adjusted gross income you’ll pay taxes on is $10,000.

Don’t Miss: Most Popular Things To Do With Your Tax Refund — and How To Do It Smarter

What Are the IRS Rules for Claiming Dependents?

In addition to knowing whether you can make a tax claim for your child, you and your child will need to pass these IRS tests to make sure you qualify as far as the IRS is concerned:

Divorced: Who Claims the Child on Taxes?

The 2018 TCJA clarifies the rules of claiming children on taxes. It eliminates the personal exemption for dependents but makes up for it by upping the standard deduction — and doubling the child tax credit.

When you address the issue of claiming children on taxes, it’s important to research your rights and make your claim correctly. Getting over the hurdle of a divorce and determining dependency exemptions is challenging enough, so don’t invite further hardships by risking a tax audit. It’s best to consult with a tax professional for guidance on how the changes can affect you.

John Csiszar and Barri Segal contributed to the reporting for this article.