Tax returns for the 2017 tax year are due by April 17, 2018. The IRS offers numerous tax deductions, exemptions and credits to lower your tax bill. Many of these tax breaks are indexed for inflation, which means they can change from year to year because the IRS determines them in advance. For example, in 2016 the IRS determined the changes affecting your tax return 2017, which you’ll file in April 2018; updates made in 2017 are for 2018 tax returns, which you’ll file in 2019.

To stay up to date on tax law changes affecting you during the 2017 calendar year and impacting your tax return in 2018, here’s a breakdown of key 2017 tax changes. Make sure your federal tax return status is current before you look to next year because you don’t want to have to deal with penalties for filing late.

Each year, there are several new tax laws that impact your federal tax return. For example, the government adjusts the income thresholds that determine tax brackets annually. They’re typically hiked so you can earn more in subsequent years without moving into a higher tax bracket.

Following are the limits that apply to your 2017 income for each filing status, as well as what they were in 2016 so you can compare. For example, you’ll see that if you’re married and filing jointly, you can earn $600 more in 2017 than you did in 2016 and still remain in the 15 percent tax bracket.

Find Out About: Tax Loopholes That Could Save You Thousands

The Standard Deduction Has Increased

The tax code allows you to subtract the year’s standard deduction from your adjusted gross income. You have a choice between using the standard deduction and using itemized deductions. If itemizing puts more money in your pocket, you’re free to use that number instead by filing Schedule A with your tax return.

Regardless of which method you chose on your 2017 tax return — standard deduction or itemizing — using these deductions might help you drop down to a lower tax bracket if you’re right on the borderline of one of the above thresholds.

The amount of the standard deduction you’re entitled to take each year is also indexed for inflation, and it will increase across the board in 2017. Here is how these deductions break down for 2017 compared to last year based on your filing.

Where You Stand: Winners and Losers From the Last Tax Bill

You can also deduct a set amount for each of your dependents — as well as for yourself — from your income. These are called personal exemptions. The personal exemption from 2016 does not increase in 2017 and remains at $4,050.

It is subject to a phase-out, however. This means that your personal exemptions decrease by 2 percent for each $2,500 that your adjusted gross income exceeds a certain threshold. They’re eliminated entirely — you can’t claim them — if your AGI exceeds the highest limit for your filing status.

These limits are also adjusted for inflation and have increased from 2016. For example, the beginning threshold is increased from $259,400 for individuals and $311,300 for married taxpayers filing jointly. Here are the thresholds for 2017:

HSA Contributions Have Increased for Individuals

Contributions to a health savings account, also called an HSA, also can reduce your taxable income. The Internal Revenue Code allows you to contribute pretax dollars — income earned before your employer withholds taxes — to an HSA. Doing so decreases the amount of income upon which your withholding is based. The money you contribute can then be used to pay for qualified medical expenses.

Typically, you need to be enrolled in a high-deductible health plan to qualify for an HSA. “As long as you later use the HSA money to pay or reimburse yourself for permissible medical expenses, the distribution is tax-free,” Grasso said.

Tax Credits: Only the EITC Has Increased

The earned income tax credit is the government’s way of returning tax dollars to individuals and families with low to moderate incomes. It’s a refundable tax credit, which means that if it exceeds the taxes you owe, the IRS will send you a check for the balance. If you don’t owe any taxes, you receive the entire credit.

Qualifying for this credit depends on the number of child dependents you have, as well as on your filing status. Your income must fall below certain thresholds. Following are the thresholds for the 2017 tax year.

In 2017, the maximum credit increases to:

Sometimes, new tax laws impact how and when you receive your refund. That’s true if you qualify for the earned income tax credit this year, as you can expect a slightly delayed refund. The Protecting Americans from Tax Hikes Act of 2015 restricts the IRS from issuing these refunds before Feb. 15, allowing the government time to investigate and ensure that all claims for the EITC are valid.

“A large part of the tax fraud that has taken place over the recent past has been by people claiming credits they were not entitled to,” said Enrolled Agent Dr. Steven J. Weil of RMS Accounting in Fort Lauderdale. “Expect more due diligence from the IRS this year.”

Weil said you should be ready to provide proof of dependency and your dependents’ Social Security numbers while the IRS checks to make sure you are entitled to the credit and that your claim is not fraudulent.

The AMT Tax Has Increased

The Death Tax Threshold Has Increased

The federal government also taxes the value of your property at the time of your death, but only if the estate exceeds specific thresholds, which are high. Your estate’s value must exceed $5.49 million in 2017 before estate taxes become due, an increase of 0.04 million from 2016 when the exemption was $5.45 million.

Find Out: Common Mistakes People Make When Filing Their Own Taxes

The Trump tax plan is still in the planning stages, but might include 20 percent corporation tax rates and a 25 percent tax for pass-through businesses, according to Business Insider. In addition, the Trump tax brackets could change, possibly introducing a fourth, higher bracket. Trump also plans to increase the child tax credit. Trump’s changes, if accepted, could significantly affect your tax return in the future. 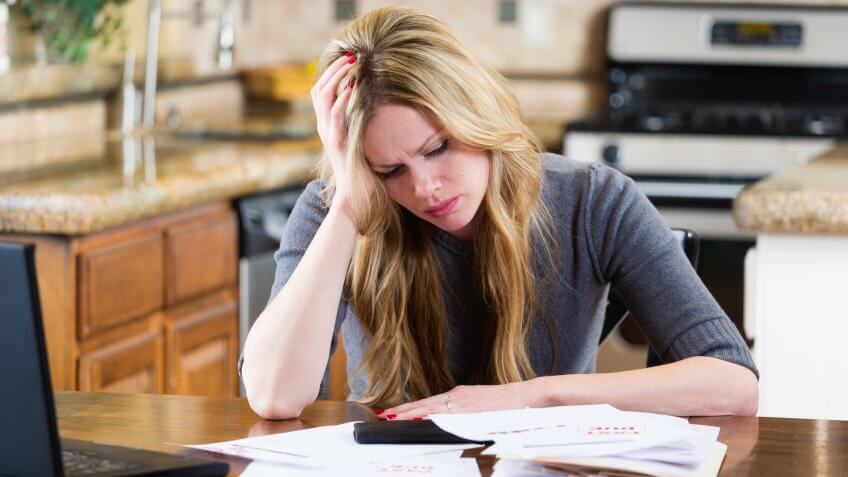 Tax Mistakes Everyone Makes — and How to Avoid Them

Avoid these common tax mistakes when you file your return.

GOBankingRates > Taxes > Filing > Know Before You File: Tax Breaks for 2018