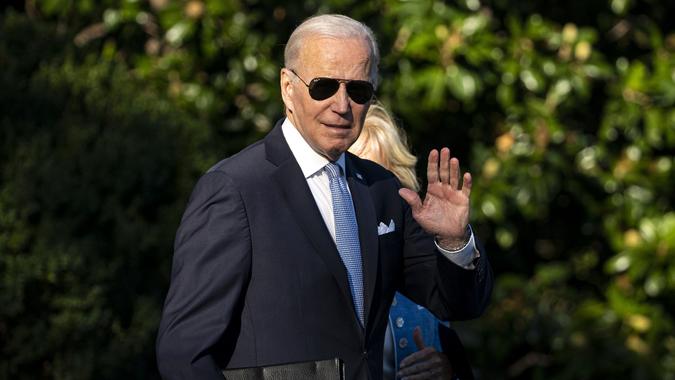 President Joe Biden recently signed the $739 billion Inflation Reduction Act, with $80 billion in funding being directed towards the Internal Revenue Service over the next 10 years. More than $45 billion of those funds are going towards enforcement to help close an estimated $600 billion “tax gap,” which is the difference between what Americans owe and what they pay, CNBC Make It reported.

See: 9 Bills You Should Never Put on Autopay
Find: Will Student Loan Forgiveness Include Parent Plus Loans?

According to the Congressional Research Service, enforcement funds will go towards hiring more enforcement agents, providing legal support and investing in “investigative technology.” These funds could also be used to monitor and enforce taxes on digital assets such as cryptocurrency.

While supporters of this legislation say it will help close the tax gap (via an increase in audit activity), CNBC Make It reports that critics contend a potential “army” of IRS agents will be figuratively knocking on doors to conduct audits. Many tax experts claim that the latter scenario is misleading, as many IRS workers have also exited their positions in recent years.

“When we hear 87,000 agents, it sounds like a horrifying army of people. But it’s what they need to maintain, because people are exiting in volumes,” said Robert Cordasco, certified public accountant and founder of Cordasco & Co., per CNBC Make It. “I don’t know how much it adds as much as it gets us to the status quo.”

The IRS does plan to do more audits, but audits are rare. Audit rates also vary by income level. There are higher rates of audits for those making less than $25,000 and those with incomes above $200,000. CNBC Make It reported that new audit activity will be directed toward high-net-worth individuals, large corporations and complex partnerships.

Discover: What Is the Average Social Security Benefit at Age 62?
More: 6 Types of Retirement Income That Aren’t Taxable

Ways to Minimize Your Chances of Being Audited

There are several ways you can reduce your chances of being audited, per CNBC. A few of the more important considerations follow.