New Jersey is known as the Garden State, but some residents might gripe that the only thing “growing” there is the size of their tax bill. New Jersey residents have the highest average tax bill in the nation, both as a percentage of their income and the size of the total bill.

Keeping yourself informed on what to expect for your tax bill is an important part of budgeting, especially if you recently had changes to your income, lifestyle or residence. So, here’s a closer look at New Jersey tax rates and how you might be affected if you’re living in one of the most expensive states to file taxes.

New Jersey income tax rates are unique. Whereas most states — and the federal government — have the same tax brackets for married and single filers and simply adjust the income levels, spouses filing jointly in New Jersey have an additional 2.45 percent tier for incomes of $50,000 to $70,000 that doesn’t exist for singles.

There have been recent changes, with 2018 seeing the passage of a new tax bill that creates a final tax bracket for incomes in excess of $5 million a year. Anyone making that much will now owe an additional 10.75 percent of their income to New Jersey on top of the 37 percent they’re paying to the United States.

The state also exempts up to $60,000 in retirement income — climbing to $100,000 by 2020 — from state income taxes, so although the state as a whole has a high tax burden, retirees can escape a decent chunk of that.

Like most states, New Jersey exempts a number of items from sales tax. They mostly fall into the category of necessities and include things like unprepared food, clothing or prescription drugs.

New Jersey boasts some of the simplest sales tax rates as the statewide rate is consistent across the board with no county sales taxes. And it’s been reduced recently, with the rate falling by 0.25 percent from 2017 to 2018. In fact, not only are there no additional local sales taxes in New Jersey, Salem County — which borders neighboring Delaware, where there’s no sales tax — pays half the sales tax rate to try to limit people opting to cross the border to avoid New Jersey’s rate. There are similar 50 percent reductions in sales tax rates for certain urban zones meant to help boost economic activity there.

Property tax rates are generally set at the local level, so the rate you pay can vary considerably depending on where you live. The average rate statewide, though, comes to about 2.3 percent.

New Jersey eliminated its state estate tax effective Jan. 1, 2018. In 2017, there was an estate tax that was applied to estates over $2 million in value that ranged as high as 16 percent.

But an inheritance tax applies to people receiving assets from a deceased relative, friend or, if you’re lucky, an acquaintance. The state has defined classes for the beneficiary or transferee receiving the funds.

Find Out: How to Minimize Your Estate Tax 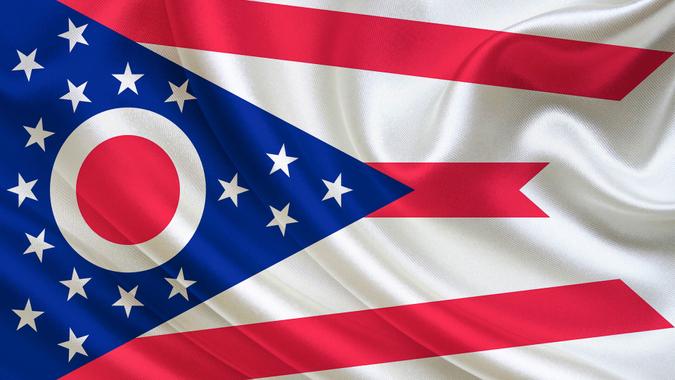 Ohio State Taxes: Everything You Need to Know

You should keep a 'Buck-eye' on Ohio tax rates.