What Is the Current Prime Rate and How Does It Affect You? 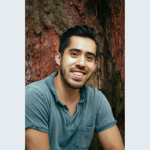 The current prime rate is 5.50%, up from 4.75% in June. It went into effect July 28, 2022. This is the fourth time in 2022 that the Federal Reserve has increased the prime rate. The prime rate plays a significant role in determining interest rates across the entire financial industry.

Since the prime rate affects corporations and individuals alike, it’s important to understand what it is and how it impacts different interest rates.

What Is the Prime Rate?

The prime rate sets the benchmark for other interest rates. It’s the rate that major commercial banks charge their most creditworthy business clients and is based on the federal funds rate. As a result, the prime rate is usually the lowest interest rate that banks will charge.

What does this mean for individual borrowers? Well, the prime rate directly affects other loans, including personal loans, business loans, mortgages and even savings accounts.

A lower prime rate typically leads to more activity in the market as people take advantage of the low rates to borrow and spend money. Conversely, when the prime rate goes up, this often slows down the economy and reduces inflation.

For example, the federal funds rate fell to historic lows in 2020 during the initial uncertainty of the COVID-19 pandemic. As a result, the prime rate dropped to 3.25%, and mortgage rates also experienced a period of landmark lows.

How Is the Prime Rate Determined?

This system guards against bank failures. Without these loans, banks may not be able to meet the reserve requirements set by the Federal Reserve that dictates how much money banks must have on hand at the end of each business day.

The Role of Banks

Generally, banks take the federal funds rate and add roughly 3% to set the prime rate. There is no centralized authority that decides the prime rate. Instead, it’s determined by a combination of market forces and the decisions of individual banks. While banks may set their own prime rates, most banks follow the lead of the country’s largest banks.

There is no official prime rate set by the government or central bank, so most institutions refer to the prime rate published by the Wall Street Journal. To come up with the prime rate figure, the publication references “the base rate on corporate loans posted by at least 70% of the 10 largest U.S. banks.”

What Is the Current Prime Rate?

While the current prime rate is set at 5.50%, it fluctuates over time. The table below lists the ten most recent prime rate changes.

There is no set schedule for determining how often the prime rate changes. As shown below, the prime rate has changed four times this year but only twice in the previous two years.

How Does the Prime Rate Affect Consumers?

However, this is not always true across the board. Banks don’t all increase their interest rates by the same amount. Depending on the bank’s asset portfolio and financial strategy, they may quote interest rates that are higher or lower than competitors — even though they are all working with the same prime rate.

When prime rates change according to the movement of the federal funds rate, consumer interest rates also change. However, it may take one or two billing cycles for any updates to take place.

How Does the Prime Rate Affect Loans?

Raising or lowering the prime rate can have different effects depending on the loan category. Generally, the prime rate has a larger impact on adjustable-rate loans and a much smaller effect on fixed-rate loans.

Adjustable-rate, or variable-rate, loans are the most affected by movements in the prime rate. This category includes credit cards, auto loans, mortgages and other loans without a fixed interest rate.

Adjustable-rate loans are fixed for a period, such as the first five years of a loan. Then, their yearly interest rates move up or down according to the benchmark interest rate — usually the prime rate.

It is difficult to predict how the prime rate will affect future monthly loan payments, but generally loan interest rates will increase and decrease with the prime rate.

For example, suppose a customer signs up for a credit card with a 14.99% annual percentage rate. In that case, the APR could increase to 15.50% or more following an increase in the federal funds rate. On the other hand, if the Federal Reserve lowers the federal funds rate, the prime rate may decrease and result in lower loan rates.

The prime rate has much less of an impact on fixed-rate loans because they are locked into a set interest rate that doesn’t change with the prime rate. Borrowers who take out a fixed-rate mortgage will continue paying the same rate over the lifetime of that mortgage.

However, investors and lenders who expect to receive returns from the interest payments may still be concerned about a hike in the prime rate. If inflation rates outpace the rate of return, investors stand to lose money.

The prime rate plays an essential role in determining the interest rates set by banks for personal loans or mortgages, though it’s not the only contributing factor. Individuals can still influence the rates they receive from banks by  improving their credit scores, as higher credit scores typically lead to lower interest rates and more favorable loan terms.

Preston Hartwick has extensive experience writing for some of the leading companies in tech and finance, but his interests and portfolio also cover topics like gardening, design, health, and more. Preston’s writing is rooted in a research-driven approach, and he seeks to bring something new to every article.
Learn More