In 2009, a mysterious and brilliant software developer named Satoshi Nakamoto — a pseudonym Craig Wright created for himself — invented the concept of Bitcoin, a global digital currency, or cryptocurrency, that isn’t tied to any single banking system or government. Nakamoto’s invention was created with the intention of freeing people from the authority of banks and nations in regard to monetary transactions. But a funny thing happened on the way to Utopia: The banks started using the same technology that was invented to accommodate Bitcoin.

That cutting-edge technology is known as blockchain, and it could result in faster, safer and cheaper transactions for you, the banking customer — as well as change the way banks do business. Here’s everything you need to know about Bitcoin, blockchain technology, and how it’s changing the banking industry.

What is blockchain technology?

Blockchain technology began as a way to keep track of Bitcoin transactions and balances without a central authority, like a government or bank. This record-keeping strategy used a blockchain wallet, which was essentially an online wallet that held a person’s Bitcoin balance.

“Blockchain is a distributed ledger technology, which uses algorithms and protocols to create shared, decentralized, digital transaction databases,” said Marks. What that means, basically, is that distributed ledgers operate using a network of computers that hold identical copies of database information. Each ledger is continually replicated with new “blocks” of records, or transactions, which are then validated and added to the database in a linear, chronological fashion — like a chain, Marks explained. Hence, the term “blockchain.”

In this way, no single individual has the power to block someone from adding data to the ledger — but at the same time, all ledger holders must agree that the transaction happened. “This creates a level of transparency, security and reliability that does not exist in traditional databases,” said Marks. He added that this introduction of a shared infrastructure has the ability to change processes in many industries, but especially banking.

If a shared infrastructure — one in which anyone can get into and fiddle around with at any time — sounds more frightening than handing over your credit card to your teenager, think again, said Marks. Security and system resiliency are actually top appeals of blockchain.

“With blockchain, there is no central point of failure,” Marks said. “Since the blockchain is constantly being replicated across many different points, if one of the points on the blockchain network is attacked or fails, other points on the network will step in and provide identical information.” In other words, counter to what you might expect, that decentralization of data means immediate detection of any funny business.

“The decentralized nature of the blockchain also creates greater data integrity and trust as the data is always being replicated across different points in the system,” said Marks. So, trust, in essence, becomes mute, because no one entity has a unilateral, unchecked power to adjust the ledger. All must accept any change.

Why It Could Mean Faster, Cheaper Banking for You

Marks said that even if you don’t use Bitcoin, blockchain tech could impact you in a major way.

“Some people instantly associate blockchain with Bitcoin and other cryptocurrencies, but it extends much further than that. Blockchain technology has the potential to totally change the way we think about transaction history, database storage, security — the list goes on,” Marks said.

Specifically, Marks said banking customers could be positively impacted by this technology. “With the potential for blockchain to speed up transaction processing, reduce capital requirements, and lower operational risks, they would likely receive higher quality services at a lower cost,” said Marks.

For example, Marks said consumers could potentially receive benefits including:

And blockchain’s potential impact extends well beyond the banking industry. “It is also being tested in such sectors as healthcare, retail, telecom, and government,” said Marks.

How Big Banks Are Starting to Use Blockchain Tech

Marks said that although Bitcoin hasn’t had that big of an impact on the banking industry, blockchain technology stands to have an enormous one. Blockchain tech is still in its infancy, said Marks; however, a number of banks are testing its potential in various ways.

Marks said you can only expect this technology to be used much more in the future. “All banks, regardless of their size and focus, should consider increasing their engagement with blockchain technology,” he said. That’s because the technology comes with many practical benefits for them. “Blockchain enables near-instant settlement of funds as all parties are looking at the same ledger instead of separate databases or privately stored information,” Marks said.

That means that the middleman, or central authority, can be cut out of the equation, resulting in lower transaction costs and enabling banks to reduce back office costs. And, as settlement times decrease, less capital reserves are required for banks because part of a bank’s capital requirements are tied to how long an asset sits on its balance sheet, said Marks.

So, Bitcoin’s founder dreamed of changing the world with a decentralized monetary system, and he just might have done it — just not in the way he envisioned. 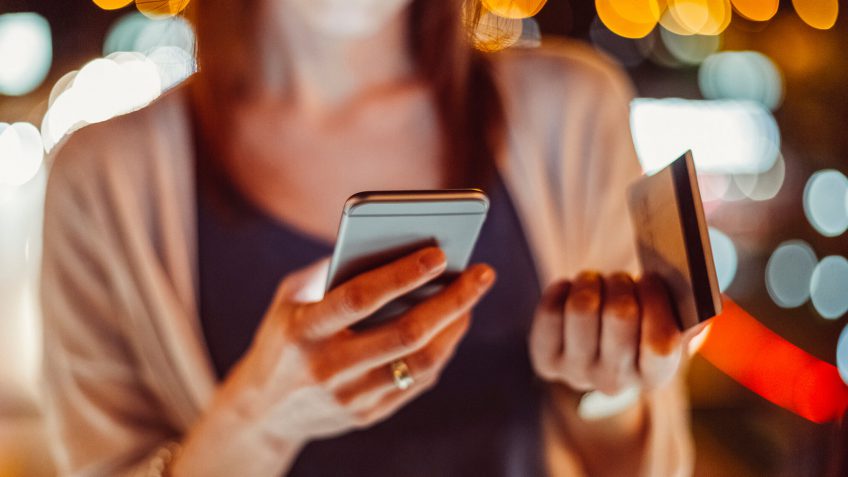 6 Banking Services That Will Be Obsolete in 10 Years

Get used to banking without these six services.