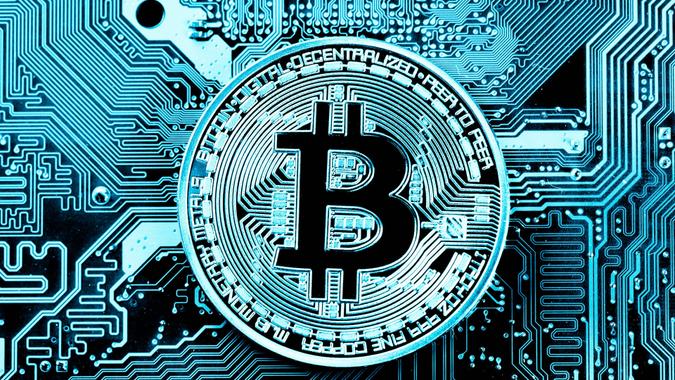 Bitcoin is tumbling. The cryptocurrency was valued at $29,000 this morning and went down 11% in the last 24 hours following China’s newly announced crackdown on the crypto which triggered the shuttering of several mining sites.

See: Read Stock Charts Like a Pro: The ‘Death Cross’ and Other Must-Know Signs
Find:Bitcoin Crashes Constantly, But These Investors Won’t Sell – Why ‘HODLers’ Buy the Dip and Hang On Tight

Sichuan is China’s second-biggest bitcoin mining province, according to data compiled by the University of Cambridge. Some miners moved their activities there over the rainy summer to take advantage of the area’s rich hydropower resources, Reuters says.

According to Chinese newspaper Global Times, the ban also means that more than 90% of China’s bitcoin mining capacity is estimated to be shut down.

Jason Yanowitz, co-founder at Blockworks tells GOBankingRates that short-term, the China mining ban is bad for Bitcoin as it has caused the hash rate to drop to an 8-month low. The bitcoin hash rate is the combined power of the miners’ computers, which  has become a good indicator of how healthy the bitcoin network is at any given time. He adds however, that “long term, the China mining is great for Bitcoin as it decentralizes hash rate around the world. It also puts an end to investor concerns around China banning bitcoin mining.”

Other experts seem to take a gloomier stance as to Bitcoin’s near future recently, notably Fred Ehrsam, Coinbase co-founder, who said the crypto’s price is approaching “death cross” — a phenomenon where the short-term average price of a stock drops below the long-term average, and is usually measured by comparing 50-day and 200-day averages, according to Business Insider.

Over the weekend, Bitcoin’s 50-day moving average fell below its 200-day moving average, Reuters explains, adding however that “no technical analysis indicator is perfect, including the death cross, in isolation and that most chartists use a combination of studies to derive directional signals.”

“For example, the last death cross on the bitcoin chart occurred in March 2020 after the cryptocurrency had plunged nearly 60% over a six-day period and just before it started a historic rally of more than 1,000% over the next year,” according to Reuters.

See: Bitcoin (BTC)? What It Is, What It’s Worth and Should You Be Investing?
Find: Cryptocurrency Startup Amber Group Reaches $1B Valuation Even as Bitcoin, Others Continue to Falter

James Butterfill, investment strategist at CoinShares, has a different viewpoint, however. He tells GOBankingRates that while the death-cross, “which Bitcoin has just pushed through, has grabbed the media’s attention in recent days [CoinShares] ran the numbers to check the statistical/investment validity.”

“We conclude that it is not a consistent downside price predictor over 1, 3, 6 and 12 month periods,” he says, explaining that  the death cross in the long term is “a completely meaningless indicator of further downside in prices.”

Bitcoin’s market cap is now at $551 million, a steep decline from the $1 trillion it crossed in February, according to CoinMarketCap.