Bitcoin Crashes Constantly, But These Investors Won’t Sell – Why ‘HODLers’ Buy the Dip and Hang On Tight 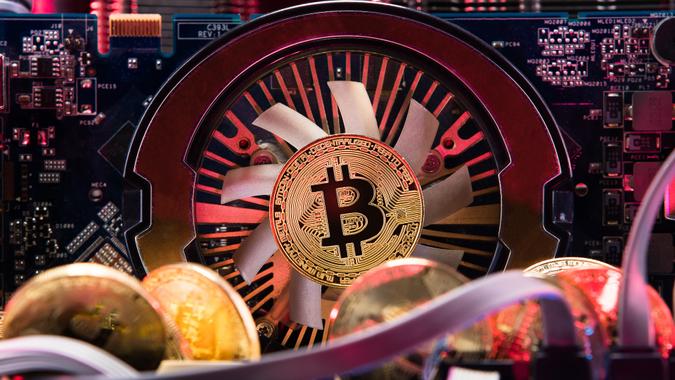 While Bitcoin has been going on a roller coaster ride in recent weeks, some experts say that its volatility is stabilizing, noting that retail investors are starting to re-enter the market and long-term investors are on the “HODL wave.” (More on what that means in a moment.)

See: Crypto Curious but Risk Averse? You Can Invest As Little As $1 – on Venmo
Find: What Is the Next Big Cryptocurrency To Explode in 2021?

It’s interesting to note that according to James Butterfill at Coinshares, the outflows in Bitcoin cooled last week, totaling $10 million, “significantly less than the previous record week of $141 million,” according to a blog post. He adds that trading activity in Bitcoin investment products rose by 43% compared to the previous week. Butterfill tells GOBankingRates that he attributes the decline in outflows “to an early sign that we have seen peak bearishness and that investor sentiment is beginning to turn positive again.”

Blockchain data provider Glassnode says in a report that the high volatility of Bitcoin markets makes it a magnet for traders, who are able to monetize price swings in both directions. The “new HODLers” are investors who are buying the dip in the current range and likely to hold throughout “whatever volatility lies ahead,” according to the report.

“Simultaneously, the powerful fundamental properties of Bitcoin make it a desirable store of value asset for long-term investors. During choppy and consolidating market structure, we can gain insight into the balance of supply and demand, and degree of accumulation by short and long-term holders, by observing changes in profitable supply during price swings,” according to the report.

See: Bitcoin Cash (BCH): The Most Important Things You Need To Know About It
Find: Crypto Financial Lingo to Sound Like an Investing Expert

Also in the report? Insights into long-term traders, mostly people who bought the crypto in the early bull market and are “HODLers who purchased coins in early January 2021 and have not spent them,” suggesting that they are not panic selling during this volatility and are therefore more likely to be re-accumulating than cashing out.

Traders and short-term holders are investors who are trading price swings “and are more likely to liquidate at price targets or in downside volatility. They are also more likely to utilize derivative markets and leverage,” according to the report.

Butterfill added to GOBankingRates that, “Given the recent rout in prices rattled some investors it may be a little time before we begin to start testing the all-time-highs again.”

Bitcoin was down 1% this morning, at around $39,000, according to CoinMarketCap. The crypto is up 315% in the past year and up 34% year-to date, according to MarketWatch data.

This story was updated to include exclusive commentary from James Butterfill.