Mark Cuban the Next Billionaire to Go All in on Bitcoin: ‘The Number of People Who Own It Could More Than Double’ 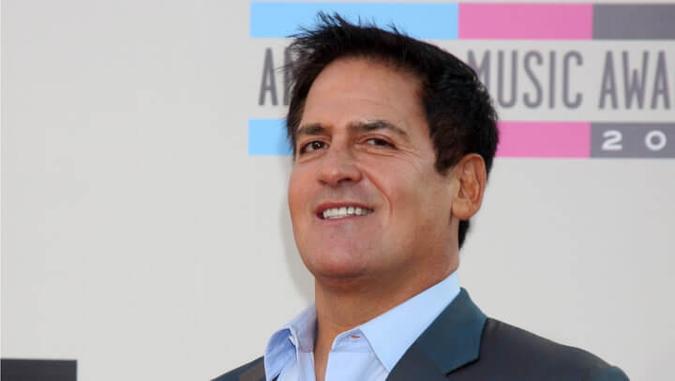 Cryptocurrencies have been surging recently, but billionaire investor Mark Cuban doesn’t think they’ve reached their full potential just yet, stating, “It’s not inconceivable that the number of people that own [bitcoin] could more than double.”

See: Mark Cuban’s Top Investing Advice
Find: Want to Invest in Bitcoin but Don’t Know How? We’ve Got You Covered

Cuban said in a conversation with CNBC, “The price of [bitcoin] is built on supply and demand … We know what [the] supply is. There is no reason for the demand not to increase.” Cuban is referring to the finite supply of Bitcoin.

CNBC adds that Cuban owns a portfolio of Bitcoin, uses a Coinbase wallet and purchased Coinbase during its IPO the other day. Crypto currencies have been backed by other big names as well, with Elon Musk,  Jack Dorsey and Richard Branson among its supporters.

Elon Musk has long been a supporter of purchasing bitcoins, so much so that Tesla announced the purchase of $1.5 billion in BTC, making up 7.7% of Tesla’s gross cash holdings and about 15% of its net cash position, according to CoinMarketCap.

See: Coinbase, the Largest US Cryptocurrency Exchange, Goes Public – ‘It Will Infect the Financial Universe with a Bad Case of FOMO’
Find: 4 Best Places to Buy and Sell Cryptocurrency

Richard Branson was an earlier investor of the currency and joined a $30 million funding round of BitPay, a Bitcoin payment processing platform, back in 2014, CoinMarketCap reports.

Opinions are mixed on Wall Street. Citibank recently released a statement saying Bitcoin “may be optimally positioned to become the preferred currency for global trade,” while French asset manager Amundi warned of steep price adjustments given the possibility of regulatory restrictions to come, the Financial Times reports.