The Price of Bitcoin Over the Last 10 Years 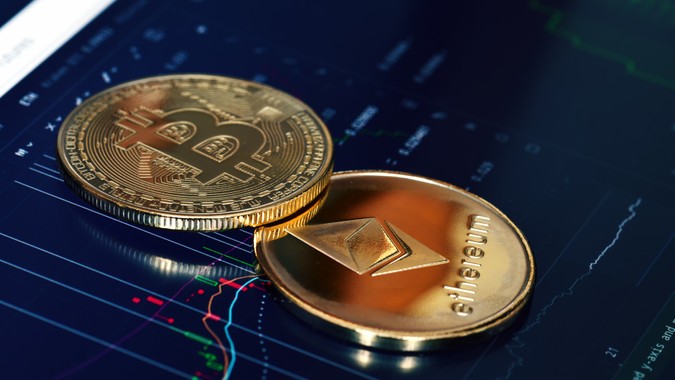 On May 22, 2010, crypto-miner Laszlo Hanyecz traded 10,000 of his Bitcoins for two Papa John’s pizzas. It was the first real-world cryptocurrency transaction in history.

When mystery person(s) Satoshi Nakamoto developed Bitcoin in 2008, it didn’t have a standard value or price. Cryptography hobbyists mined it and used it to barter, exchange and settle bets and challenges with each other online.

It never had a fixed value until that monumental day in 2010 when Laszlo Hanyecz offered his self-mined stash of Bitcoins to anyone who could get a couple of pizzas to his house the fastest.

Since the pizzas were valued at about $25, according to U.S. News and World Report, the nascent crypto community agreed that a single Bitcoin should be worth a quarter of a penny. It was a defining moment in the history of Bitcoin prices — the cryptocurrency now had an agreed-upon value.

In July 2010, a few months after the now-famous pizza standard was set, Bitcoin hit the open exchanges like the now infamous and bankrupt Mt. Gox. On exchanges, the cryptocurrency could be easily bought, sold and priced against the U.S. dollar. It opened with an asking price of $0.0008. That’s eight 10,000ths of a dollar. The wild ride of the coming decade would start almost immediately. By the end of the month, Bitcoin’s price had soared to $0.08 — eight whole pennies.

February 2011 was a milestone for Bitcoin, which breached the $1 mark that month. Then, something that would come to define Bitcoin investing happened for the first time–a bubble formed. By June, just a few months later, Bitcoin had soared to around $31 before the bubble did what bubbles do. It burst and the price flopped back down to single digits.

In 2019, prices briefly breached $10,000 again before fizzling into a low four-figure lull. Then the 2020 pandemic came. COVID-19 made the discreet, secure and decentralized Bitcoin a hot commodity that continued to get hotter and hasn’t cooled off since.

Bitcoin’s price history is a story of extremes. The first extreme is obvious — astronomical growth. In gains that are truly hard to grasp, Bitcoin started at $0.0008 and rose above $60,000 in just over a decade.

The second extreme came in the form of volatility. Those gains were hardly earned in a straight line. The decade was peppered with massive bubbles that, when burst, triggered freefalling prices that then floated sideways for years on end until the next bubble formed. That pattern started in 2011 and repeated itself in 2013, 2017 and 2019, before landing Bitcoin where it is today.

Drama in Bitcoin’s early years made the ride a whole lot bumpier, as well. Ponzi schemes and other frauds that had nothing to do with Bitcoin, like Bitconnect and OneCoin, had ripple effects felt by all cryptocurrency investors.

The MT. Gox Catastrophe Changed Everything

The first, biggest, and best-known exchange, Mt. Gox processed 70% of all Bitcoin transactions. In 2011, the first in an endless string of scandals erupted when a hacker broke into the now-infamous Bitcoin wallet and transferred tokens out of user accounts.

The price of Bitcoin collapsed as new thefts and hacks were revealed, legal troubles mounted, the government got involved, and Mt. Gox finally declared bankruptcy in 2014.

In total, 740,000 Bitcoin worth more than $40 billion in today’s money were lost. Bitcoin and crypto, in general, lost mainstream credibility and earned a rep as a shady, insecure and speculative investment in many circles.

When it comes to the cost of crypto, these are the questions most investors are asking.

What was the original price of Bitcoin?
$0. In the early days, Bitcoin was mined, traded and exchanged informally almost exclusively by cryptography hobbyists. There were no exchanges or exchange rates until it started trading for fractions of a penny in 2010.

When did Bitcoin cost $1?
Bitcoin achieved parity with the U.S. dollar for the first time in February 2011.

What will Bitcoin be worth in 2030?
Before the pandemic, Forbes spoke to an expert who predicted Bitcoin would hit $500,000 in 10 years–by 2030. COVID-19, of course, changed everything, and it’s not uncommon now to read about speculation of Bitcoin reaching $1 million by the end of the decade.

As Coindesk points out, Bitcoin could topple and replace fiat currency — but it could also collapse and be replaced by something else, be regulated or taxed into irrelevance, lose out to a competitor, become the dominant digital currency or replace credit cards.

During its short, 13-year existence, Bitcoin has outperformed the stock market, the housing market and precious metals by a longshot during one of the greatest runs of any investment in history. It has been a wild and unpredictable ride characterized by super-inflated bubbles and steep crashes, but those who could stomach the roller coaster watched a fortune grow out of a pizza.