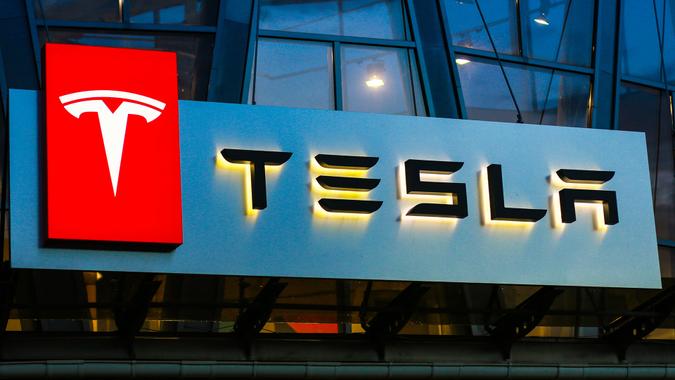 Tesla might face enormous second-quarter losses due to its Bitcoin holdings — unless the crypto bounces back in the coming weeks.

See: State of Crypto — What’s Driving Its Meteoric Rise and Who’s Really Investing in Crypto Now
Find: 10 Stocks Elon Musk Has Put in the Spotlight — Are They Worth Your Investment?

Elon Musk’s company said in February that it had purchased $1.5 billion Bitcoin and would start accepting the crypto as a form of payment — a decision it rescinded earlier this month. Musk  tweeted that Tesla would resume accepting the crypto when there’s “reasonable clean energy usage by miners.”

During the first quarter, Tesla said it recorded $27 million of impairment losses on Bitcoin and also realized gains of $128 million through sales of the crypto, according to a Securities and Exchange filing. This added $101 million represents a fourth of Tesla’s net income for the quarter, which was $438 million, according to the filing.

However, Bitcoin has been tumbling in recent weeks. The crypto was valued at $29,000 earlier this week, following China’s newly announced crackdown on the crypto which triggered the shuttering of several mining sites. As of this morning, Bitcoin bounced back to $34,000.

If Bitcoin is trading at $29,500 at the end of June, when Tesla wraps up its second quarter, the company would be sitting on a loss of almost $90 million, according to Barron’s.

“Investors are scratching their heads wondering why in the world would a major disruptor like Tesla, who is attempting to change the automotive world as we know it, want to burden itself with the unnecessary risk of holding onto Bitcoin’s volatility as an asset,” Christopher Davenport, CEO and founder of AutoParts4Less.com, tells GOBankingRates. “No one knows where the value of Bitcoin will be tomorrow, next week or next year. With huge stock valuation gains in 2020, it makes you wonder why Tesla is holding onto so much of Bitcoin’s risk.”

See: Tesla Files for Restaurant, Take-Out Services Trademark
Find: How Much Money Would You Have — Tesla Model S vs. Tesla Stock

Analysts are divided on what happens next to Bitcoin, as some see that $30,000 level holding and a return toward $40,000. Others point to weak demand, and say further declines are likely, according to CoinDesk.

Tesla will report its second-quarter earnings next month.