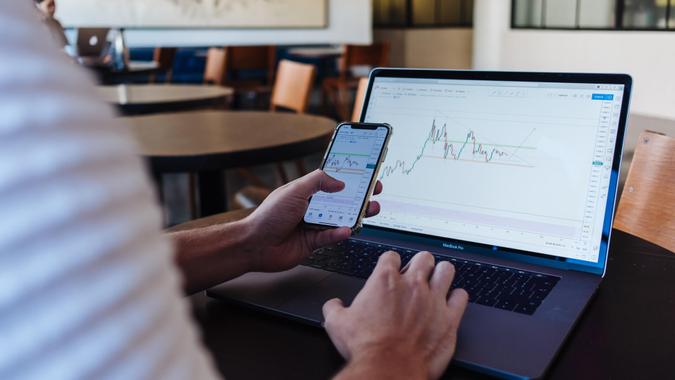 The Securities and Exchange Commission announced yesterday it would delay its decision on approving the VanEck Bitcoin exchange-traded fund until June.

See: Dave Portnoy’s New ETF Chooses Stocks Based on Social Media Chatter and It’s Poised to Be Huge
Find: Is the IRS Coming for Your Bitcoin?

VanEck registered its ETF in March, and the SEC usually takes 45 days to approve or disapprove a filing. In a statement yesterday, the Commission said it was extending the period — which should have ended May 3d — and pushed it to June 17.

VanEck says that adding Bitcoin to a portflio may potentially increase diversification because of its low correlation to traditional asset classes, including broad market equity indices, bonds and gold. The Trust’s investment objective is to reflect the performance of the MVIS CryptoCompare Bitcoin Benchmark Rates, according to the ETF’s prospectus.

See: ETF vs. Index Fund — What Is the Best Option for You?
Find: 10 Best Cryptocurrencies to Invest in for 2021

The crypto has been gaining increasing institutional interest and has had a meteoric year, breaking the $60,000 ceiling last month. As of this morning, Bitcoin was at $53,800.

“Bitcoin going mainstream is a game-changer for the world of finance and is revolutionizing the way we view money in the economy of tomorrow,” David Grasso, Bold TV CEO, tells GOBankingRates. “Still, I don’t think it’s any surprise that the government, specifically regulators, are proceeding with caution. Creating proper oversight is not an easy task and I do not envy those making those calls. Overregulation can distort markets and create serious consequences, while under-regulation can create systemic issues and fuel social problems,” Grasso adds.

Asset management behemoth Fidelity is also preparing the launch of a Bitcoin ETF, and in March it filed the registration form S-1 with the SEC, a move that reflects the increased institutional interest in the crypto.