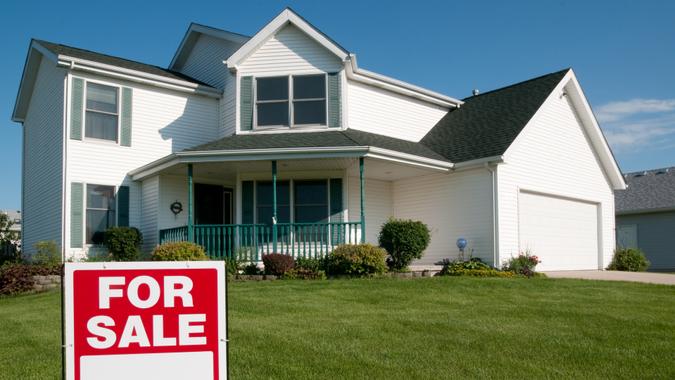 U.S. home prices climbed again, for a fourth straight month in July representing a 19.7% overall increase year over year according to the national Case-Schiller index.

See: 10 Ways To Lower Your Cost of Living Without Moving
Find: 8.5 Million Tax Refunds Have Yet to Be Sent – What To Do If You Haven’t Received Yours

Prices are now 43.7% above their 2006 peak before the housing market crashed and catapulted most of the international economy into the financial meltdown.

Total overall housing inventory in July increased 7.3% month over month to 1.32 million units according to data from the National Association of Realtors even though supply was 12% below levels of years prior.

This could be due to a tightening of supply after the last recession, which saw an oversupply of homes and outstanding bad mortgages unable to sustain enough sales to cover costs and outside market pressures that did not allow for people making their payments.

The market faces similar threats now as well, particularly with inflation and the threat of a government shutdown, plus an increase in interest rates. Additionally, despite tight labor markets, the consumer confidence survey released yesterday showed a decline in certainty over new job prospects and the future of income levels.

“There are risks for constantly increasing home prices. Most of these risks are to the home buyers who are paying premium prices now, he said. “Once home prices flatten, or even decline, these home buyers will not be able to recoup all of the money they invested in these high-priced properties.”

This data is important as it represents consistent gains throughout the country and not just concentrated in the country’s major cities.

Of the 20-City composite, Phoenix, San Diego and Seattle reported the highest annual increases with 32%, 27.8% and 25.5% gains respectively.

“There are some hints that maybe things are starting to level off,” said Nancy Vanden Houten, an economist at Oxford Economics, told the Wall Street Journal.

Prices in Detroit, Cleveland and Washington D.C. all slightly came down, signaling the potential for an eventual decrease.

Unprecedented price levels were sparked this year by an unusually low supply of homes due to supply chain blockages brought on by the pandemic. Although there was soaring demand for new homes, there was simply not enough access to the raw materials needed to build them as the pandemic made it difficult to source materials like lumber and steel. The bidding wars that ensued for existing home sales caused prices for homes to surge and keep overall market levels elevated throughout the year.