For Kors, the play is more about elevating its customer to the level of Versace and enticing big spenders in Europe and Asia.

Michael Kors purses and wallets have found their way from department stores to discount chains, and the brand has carved out its niche as being relatively affordable statement pieces for the middle-market consumer.

The brand has struggled to find its footing as the trends of the American shopper have shifted. In 2017, sales dropped 11 percent and the brand closed most of its stores — a whopping 100 of its 125 boutiques, the Daily Beast reported. It was through the $1.2 billion purchase of luxury shoe and accessories brand Jimmy Choo in July 2017 that the company rebounded, largely in part thanks to sales of Jimmy Choo.

See: 7 Stocks That Have Soared Under Trump’s Presidency

Since the news of Tuesday’s acquisition, Michael Kors Holdings Ltd. stock remained stable as it opened at 67.32 and closed at 68.01. Analysts recommend that current stockholders maintain stock ownership as its behavior remains largely unchanged since February and the price is up 8.17 percent year-to-date.

Versace, which has been controlled by the family of late designer Gianni Versace since his 1997 murder, has explored going public for many years but remains a private company. Sales dropped in the 2000s for the high-end Italian line known for its bold colors, liberal use of loud prints and purses that can cost upward of $1,500. Catering to a very specific consumer, Versace’s revenue stagnated at roughly €700 million in 2017; the brand eked out a profit of €15 million last year, the Wall Street Journal reported.

If you have Versace hanging in your closet at home, the acquisition won’t slash the value of your investment pieces. Goods by Italian brands Tod’s and Versace are considered likely to lose their value the fastest among the luxury European fashion brands like Chanel, Christian Louboutin and Hermès, according to The RealReal, an online consignment marketplace for luxury goods. Unless you’re looking to make a little cash and create room in your closet, hang on to anything bearing the Versace name — unless you want to sell at a loss.

Find Out: What to Do as the S&P 500 Reclassifies Facebook and Other Tech Stocks

Other Fashion Industry Stocks to Invest In

It’s unlikely that you’ll see very much return in the high fashion market, but if you’re looking to invest in fashion, spend your cash on stocks and not on wearables. Here are five fashion industry stocks that have been strong 2018 performers:

Click to learn why the classic brands you love are in trouble. 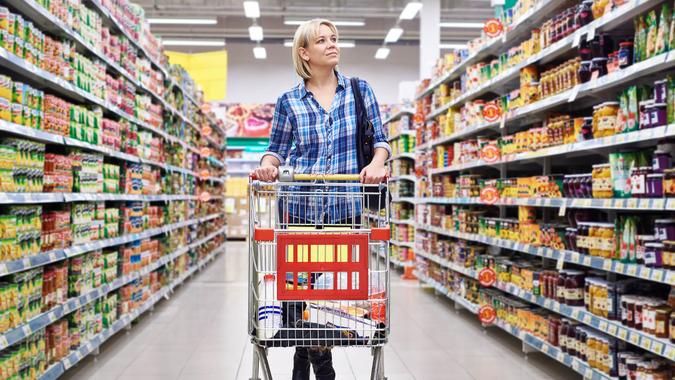