SPACs vs. IPOs: What’s the Difference? 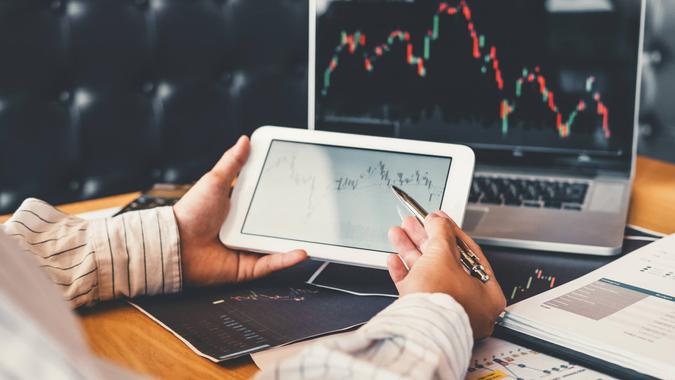 SPACs are not as new to the investing scene as investors might think — they are a reinvention of an older concept. They were developed in the 1990s as an alternative to blank-check companies, where funds were raised for a company that had no organization behind it and were not allowed in the U.S. at the time. Initial Public Offerings have been the investing rage for some time.

What are the differences? How can an investor tell which is better? Learn the process each goes through and their differences so that investors can make a decision that fits their investing strategy.

A Special Purpose Acquisition Company is a company that is formed for the specific purpose of acquiring other businesses or assets. SPACs typically go through the same process as an Initial Public Offering when filing with the Securities and Exchange Commission. However, the funding process is opposite that of IPOs.

A SPAC first releases an IPO date, where they begin to look for funds. Investors place capital into the SPAC IPO and are given a warrant. Warrants provide the shareholders the right to purchase shares at a price before a deadline, typically before the shares begin to trade on the exchanges.

The SPAC begins to look for something to acquire. Once the “target” is identified, the SPAC works to close the deal. The shareholders vote to acquire the company or asset. If the acquisition is approved, the merged companies let the shareholders purchase their shares and then offer shares on the market to be traded.

Initial Public Offerings are the first opportunity for public investors to purchase shares in a previously private company. The company goes through a lengthy registration process with the Securities and Exchange Commission. It’s typical for a private company to go through six to 12 months of planning and drafting their IPO with underwriters and three rounds of filing and responses from the SEC — before taking their company through the “road show,” looking for investors and funding.

Once the IPO is approved by the SEC, funding is secured, and the company can offer its stocks on the exchanges for public investors.

SPACs, noticeably, have a reversed process when compared to an IPO. One of the most significant differences between the two is that in an IPO, the company is already organized and operational. SPACs, on the other hand, are a company without an organization looking for another company to acquire and begin operations. Here are some of the similarities and differences.

What This Means for Investors

SPACs are formed on the reputation of the people who are creating them. There is no actual company to invest in or record of returns and losses. Initially, investors place their faith in the people who form the company.

During the IPO of a SPAC, investors are essentially leaving their money in an account for the company to use however it likes. The risks are high, but so are the returns if the merger is completed.

Much of the hype surrounding SPACs centers on the idea that there is a much faster private-to-public turnaround than an IPO. Investors are rushing toward SPACs because they have seen some companies’ stock prices increase significantly after a merger completes. However, this can have some unforeseen consequences, such as large numbers of outstanding shares and market overvaluation.

SPACs can have significant outcomes post-merger. When Quantumscape, a solid-state lithium battery maker, merged with Kensington Capital Acquisition, they experienced tremendous growth. Stocks sold for $10 per share when the companies merged — one month later, the stock closed at $131.67. Less than 30 days after that, the shares lost 63% of their value.

Initial Public Offerings are also not immune to overvaluation. Many recent IPOs have seen investors flock in, only to witness a significant price increase in stocks and see little returns. However, the cash generated from an IPO can push an already successful company into an expansion. In December 2020, Airbnb set share prices for their IPO at $68. When the market opened for its first day of trading, Airbnb’s stock was priced at $146.

This isn’t always the case for IPOs — Vonage raised $531 million before experiencing a technical glitch on their funding platform. They had promised their customers would be able to purchase shares. When customers did, close to $72 million was raised. However, the glitch didn’t allow the customer transactions to proceed, and their shares lost close to 30% of their value.

Investors should take care to research the companies they are considering placing their capital in. Know who the members of the SPAC are, and find out their history. Look through the published financials of IPOs, and see if they have a strong history of managing their cash and resources.

Both types of public offerings can be beneficial for an investor. However, investors should ensure to mitigate the high risk with lower-risk investments and only invest what they can afford to lose.

Scott Nevil spent 21 years in the U.S. Marine Corps as an infantryman. After retiring, he completed his education and earned an MBA. Scott is now a full-time editor and part-time writer, specializing in financial market, economics, stock market and career topics. He resides in North Carolina, with his small family and pack of dogs.
Learn More