Airbnb Waiving Fees for Rentals Booked To Support Ukraine, but Are There Risks To Donating This Way? 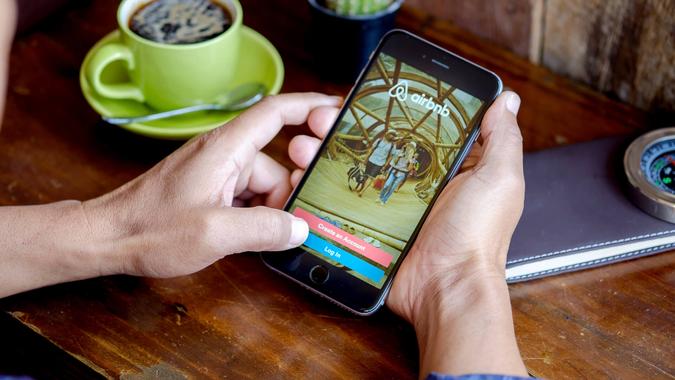 Thousands of people globally are now using Airbnb to donate to Ukrainians by booking rentals and letting the hosts know that they’re not actually visiting, and that these are solely direct donations. In addition, Airbnb has stated it is waiving fees in Ukraine, so 100% of the money goes directly to Ukrainians in need.

“We can confirm we are waiving all guest and Host fees on all bookings in Ukraine at this time,” the company tweeted March 3.

The Washington Post reports that on March 3 and March 4, more than 61,000 nights were booked in Ukraine from people around the world, according to an Airbnb spokesman, who added that the total booking value was nearly $2 million.

While the effort has been widely lauded as one of the most rapid and direct ways to help, some note the risk that scammers might take advantage of it.

An Airbnb creative who said he booked a week in Kyiv in a LinkedIn post replied to a commenter’s worry about potential misuse and abuse, saying that while he “certainly understands” his concern about potential fraud, “and it’s a good shout,” donors can take steps such as looking to see if the host had been hosting for a while and the number of reviews the host has.

Axios echoed the sentiment, saying that “while the crisis has brought out the best in many, there is certainly a risk that this trend could create opportunities for fraudsters. Hopefully, Airbnb has enough systems in place to prevent that from happening.”

Learn: How Much You Can Make From Renting Your Home on Airbnb in 2022
More: How To Make Money on Airbnb

On Feb. 28, Airbnb announced that Airbnb.org will offer free, short-term housing to up to 100,000 refugees fleeing Ukraine, according to a blog post on the company’s website. These stays will be funded by Airbnb, Inc., donors to the Airbnb.org Refugee Fund, and the generosity of Hosts through Airbnb.org, it said in the post.