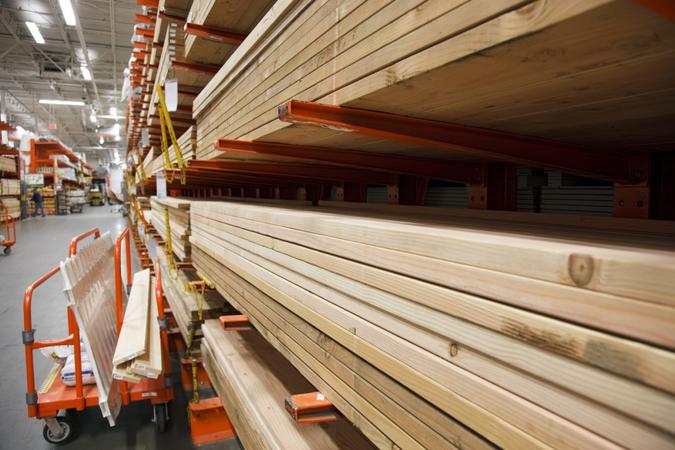 With lumber prices going into free fall lately after soaring to record highs just a few months ago, at least one prominent American business executive has a simple explanation: It’s all a matter of supply and demand.

See: New IRS Update To Child Tax Credit Portal
Find: Where To Invest Your Money When Inflation Is High — and What Investments To Avoid

That’s how Home Depot COO Ted Decker explained the wild price swings that have hit lumber since the spring. In a conversation with Fox Business last week, Decker said demand for lumber has finally returned to normal as prices of the commodity have retreated.

Home Depot and Lowe’s saw a slowdown in sales of lumber to do-it-yourself customers when prices were spiking earlier this year. Now that prices have come down, unit sales have improved.

One thing is for sure: lumber has been on a crazy ride of late. On Friday, the price of framing lumber fell to $399 per thousand board feet, according to data provided to Fortune by Fastmarkets Random Lengths, an industry trade publication. That marked the 11th straight week that the price of lumber went down.

Since hitting an all-time high of $1,515 on May 28, the cash market lumber price has sunk 74%, Fortune reported. Not only has the slump erased all of the market’s 2021 gains, it also has sent prices all the way back to 2018 levels.

As previously reported on GOBankingRates, as of last week the price of lumber had increased a staggering 377% in only one year. A boom in home renovations, combined with an increase in disposable income stemming from the coronavirus pandemic, caused prolonged shutdowns that contributed to the rise in lumber prices.

See: Rising Costs and Lagging Supply Have Homebuying and Selling Sentiment in Decline
Find: 7 Easy Home Renovations for $5,000 or Less

Higher prices of lumber and other building materials even contributed to a slowdown in homebuilding last month, Fox Business reported in a separate article. Housing starts fell 7% in July to a seasonally adjusted annualized rate of 1.534 million, the Commerce Department reported last Wednesday. That was below analyst expectations of 1.6 million starts.