Musk’s Tesla Now Sits on $2.5 Billion Worth of Bitcoin 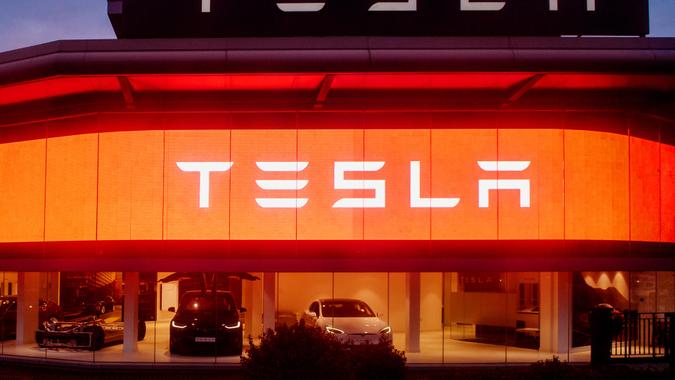 Tesla, which reported its first-quarter earnings earlier this week, beating estimates, now has almost $2.5 billion worth of Bitcoin, according to a Securities and Exchange Commission filing.

Elon Musk’s company said in February that it had purchased $1.5 billion of Bitcoin and would start accepting the crypto as a form of payment.

See: Elon Musk’s Biggest Bets That Paid Off
Find: Is the IRS Coming for Your Bitcoin?

In response to Barstool’s Dave Portnoy tweet that Musk used a “pump and dump” technique, Musk replied “I have not sold any of my Bitcoin. Tesla sold 10% of its holdings essentially to prove liquidity of Bitcoin as an alternative to holding cash on balance sheet,” according to his tweet.

The company also released its 2021 outlook, and said it plans to grow its manufacturing capacity as quickly as possible. “Over a multiyear horizon, we expect to achieve 50% average annual growth in vehicle deliveries. In some years we may grow faster, which we expect to be the case in 2021,” according to the letter.

See: Elon Musk and More Billionaires Who Have Struck It Rich by Going Green
Find: Here’s a Bitcoin Timeline for Everything You Need to Know About the Cryptocurrency

“We have sufficient liquidity to fund our product roadmap, long-term capacity expansion plans and other expenses. We expect our operating margin will continue to grow over time, continuing to reach industry-leading levels with capacity expansion and localization plans underway.”

To top the news, CEO Elon Musk, aka the “Technoking” of Tesla, announced he would be hosting Saturday Night Live on May 8.