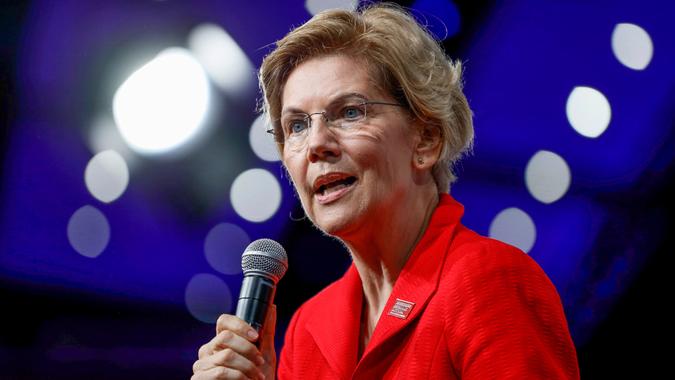 See: After GameStop, Regulations Are Coming for Wall Street – But Will They Reign in Everyday Investors Instead?
Find: Robinhood Registers in-House Lobbyists Amid Scrutiny over Recent Trading Restrictions

The title of the hearing says it all. In late January, a group of retail investors used the social media network Reddit — specifically, a subreddit called r/WallStreetBets — to drive up the price of GameStop stock along with a host of other investments dubbed “meme stocks.”

The Wall Street rally resulted in short sellers losing billions, and the Robinhood stock-trading platform ultimately blocked the purchase of GameStop shares. Here’s what you can expect from today’s hearing, plus where to watch it.

See:  Reddit Raises New Round of Funding, Doubles Its Valuation to $6 Billion
Find: Meet All the Major Players in the Robinhood vs. GameStop Saga

Vladimir Tenev is expected to defend his restriction of the trade of GameStop and other stocks as the market rallied. He will also deny any relationship between hedge funds Citadel and Melvin Capital and the stock trading platform.

“Any allegation that Robinhood acted to help hedge funds or other special interests to the detriment of our customers is absolutely false and market-distorting rhetoric,” he stated in planned testimony, reported by CNBC.

Keith Gill Will Insist GameStop Will Turn Itself Around

Gill’s prepared testimony will reiterate his faith in GameStop as a company, with Gill insisting, “I’m as bullish as I’ve ever been on a potential turnaround,” MarketWatch reports.

He will trace his history of purchasing GameStop back to June 2019, noting that his investment made him a millionaire by December 2020. Additionally, his prepared testimony notes, “The idea that I used social media to promote GameStop stock to unwitting investors is preposterous,” according to MarketWatch.

See: GameStop Stock Has Crashed and Burned – How to Recover If You Went All In
Find: Learn from the GameStop Frenzy with This Quick Guide to Short Selling

In perhaps the most surprising turn of events, Sen. Elizabeth Warren issued a statement accusing Robinhood of hiding consumer rights information “behind dozens of pages of legalese,” The New York Times reports.

Amongst the policies not made obvious by Robinhood were the platform’s prerogative to cut off trades with no notice and prohibit customers from suing the platform.

During the hearing, Warren will call on the Securities and Exchange Commission to ban the practice of requiring customers to forfeit their right to sue stockbrokers, which is commonplace amongst not just Robinhood, but larger brokers, according to MarketWatch.

Where to Watch the Hearing

The hearing will take place on Thursday, Feb. 18, 2021, at 12 p.m. ET. Viewers can watch the livestream on The House Committee Financial Services’ YouTube channel. It will also be streamed on C-Span and CNET YouTube channels.